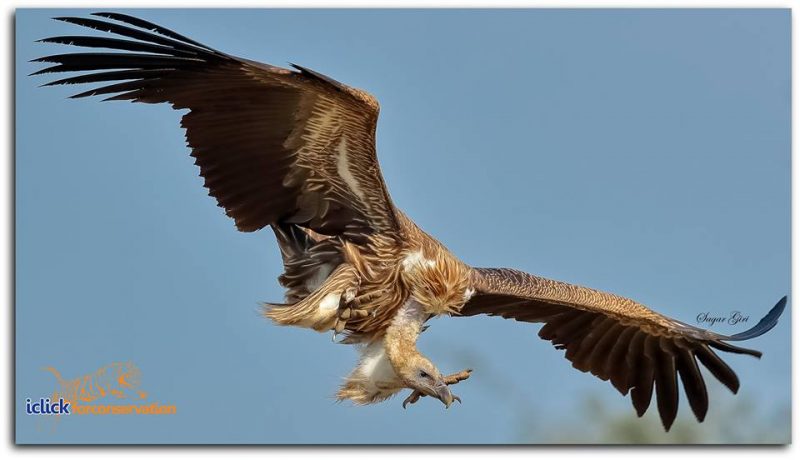 They are big, ugly, and have a bad reputation. Although vultures have been at the center of a love-hate relationship with humans — they are also our natural allies. Vultures are mostly carrion eaters and are a major part of the natural process of death in the wild. By devouring large amounts of flesh, these large birds help limit the spread of bacteria and disease that can otherwise spread from the decaying animal bodies. However, despite their important role as buffers against the potential spread of illnesses, they are often regarded as more of a pest than an important bird.

To combat this decline, some countries have proposed an interesting conservation plan to bring their numbers back up — Jatayu restaurants, or restaurants for vultures.

A restaurant for vultures managed by communities

To conserve vulture populations, vulture feeding stations have been set up in a number of different Asian countries such as Cambodia, India, Pakistan and Nepal. In Nepal, the feeding stations are managed by the nearby communities and have been dubbed Jatayu restaurants, named after the revered character in the Hindu epic Ramayana and the vulture’s Sanskrit name, Jatayu.

If you are in Nepal & a wildlife enthusiastic, visiting Jatayu Restaurant will be an experience of lifetime. I was mesmerized. #conservation https://t.co/rENmDgrkkE

A scene from a vulture restaurant in Western Nepal — dead animals are offered to vultures at this site only after ensuring that the carcasses are free of Diclofenac. The vultures had been disappearing owing to the use of this medicine for treating livestock. The vulture numbers were on a decline since the poor birds died of kidney failure after eating Diclofenac laced carcass. After the introduction of these restaurants throughout Nepal's southern plains, the vultures are returning back. And the conservationists are happy! ———- #vulture #vulturerestaurant #diclofenac #vultureconservation #terai #Nepal #conservation #jatayurestaurant #southasia

When these cattle die, they are fed to the vultures — but only after they are tested to ensure that the cattle are diclofenac free.

Diclofenac, the killer drug behind the mass deaths of vultures

The use of diclofenac to relieve pain in livestock had been one of the major causes of mass vulture deaths in Nepal, India and other South Asian countries. Even small doses of diclofenac can be fatal for vultures, causing kidney failure in these birds. As the kidney fails to function, uric acid accumulates in the birds’ blood and crystallizes around their internal organs.

Since vultures feed in large groups, a single carcass laced with diclofenac can cause the death of scores of vultures.

The drug was banned in India, Nepal and Pakistan in 2006 and in Bangladesh in 2010.Thanks to the drug ban and also to conservation initiatives by several organizations including local communities, these ‘critically endangered’ bird species have started to bounce back.

In addition, these vulture restaurants have become tourist attractions which draw in both domestic and international visitors, providing nearby communities with an additional source of income. The communities have also begun selling the cattle hide for leather production and the bones for fertilizer.

As the Jatayu restaurants grow in popularity and continue to generate income for the neighboring communities, people who once abhorred and avoided vultures are beginning to change their tune. Slowly but surely, the bad reputation that has plagued these birds is beginning to transform into a better understanding of their important role in the cycle of life and death.

If you’re interested in watching these big birds up close, you can visit one of the Jatayu restaurants being run by communities in the Nawalparasi, Rupandehi, Dang, Kailali and Kaski districts.