‘We Have Entered the World of Adulthood, so We'll Do Our Best!’ Japan Marks Coming of Age Day 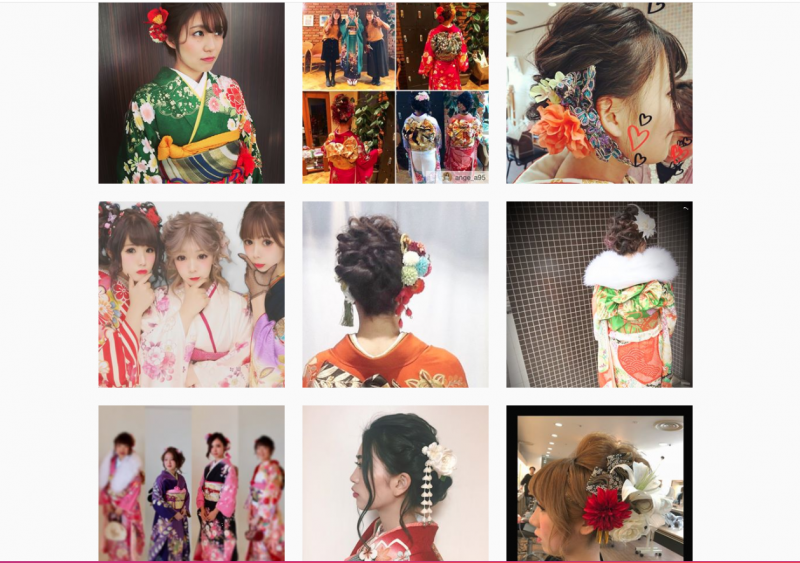 Hairstyles of Coming of Age Day. Screencap from Instagram.

Every year, the second Monday in January marks Coming of Age Day (成人の日, seijin no hi) in Japan, when young people in Japan celebrate officially reaching the age of maturity in Japan — 20 years old. There are class reunions, banquets and, often, drunken revelry.

At 20, Japanese people are eligible to vote, to legally consume alcohol, and to drive a car. As an important milestone in one's life, the day is also well documented on social media.

On Monday, January 8, 2018, more than a million people mark their 20th year and their new status as adults. Each municipality across Japan held an official ceremony to mark the day, and newly minted adults attend, usually wearing formal or traditional clothes.

One of the most well-known ceremonies takes place at Kamogawa Seaworld, an aquarium outside of Tokyo. Participants are invited to have their picture taken with Kanjkun, the resident sea lion.

The tag “Coming of Age” (#成人式) results in thousands of images, such as class reunions and banquets that mark the day.

Coming of Age ceremony and class reunion. In the blink of an eye we're all 20 years old! What a fun day. #send_me_your_photos!

The hashtag furisode (#振り袖), or long-sleeved kimono, is also a good way to explore images of traditional kimono worn especially for Coming of Age Day.

We had our Coming of Age ceremony on January 3… we have entered the world of adulthood, so we'll do our best! #2018 #ComingOfAgeDay #Kumamoto

The Coming of Age Ceremony will be this weekend. Hopefully it'll be sunny!

Here are some contemporary styles. It's something I do every year. As a matter of fact, when I turned 20 I was away in Australia, so I wore a yukata (a light cotton summer kimono intended for high summer) instead, and I didn't get a chance to wear a furisode until I returned to Japan. (´∀｀*)

So, congratulations on turning 20! To help celebrate this experience, I'll be uploading illustrations every day [until January 8].

Men also pay attention to what they wear and how they look, especially hairstyles.

Everybody knows that on Coming of Age Day I'll be getting my hair styled and will be wearing a dark suit for my “host bar” cabaret job, lol.

Coming of Age Day is also known as the day when yancha, or misbehaved boys, finally become men, and can drive around in souped-up cars while wearing gaudy costumes. One new adult, dressed more conservatively in a dark suit, visited his more provocative classmates:

The people of Atsugi [in Kanagawa, to the southwest of Tokyo] never change. It's just like back in junior high school… really fun! Sorry for leaving the class reunion partway through… and for wearing a suit. Until next time! through

Flashy clothes and even flashier cars are a key part of Coming of Age Day for some new adults:

The Coming of Age ceremony was the best.?

If anyone has any more photos or videos… Send ‘em my way! ???

While in past years rowdiness and public inebriation have dominated news coverage, this year the sudden closure of a kimono rental chain, leaving hundreds of women who had put down deposits for kimonos with nothing to wear for Coming of Age Day, made headlines and went viral in social media.

The situation was a nightmare for the women, who had all likely waited years to get dressed up to mark their coming of age.

I was celebrating this day two years ago, but there are a lot of gals who don't have anything to wear because of this fly-by-night outfit. There's even the situation where kimonos being stored at the shop aren't being returned. All those people and their families looking forward to Coming of Age Day must be so sad. There's only one day in your life you turn 20 years old, it's hard to forgive that company.

After the situation came into the spotlight, a kimono shop in a suburb of Tokyo offered to help at least six of the women affected by the closure dress up for their special day.

The other million or so newly minted adults enjoyed the day in a variety of ways that were captured on nightly newscasts: