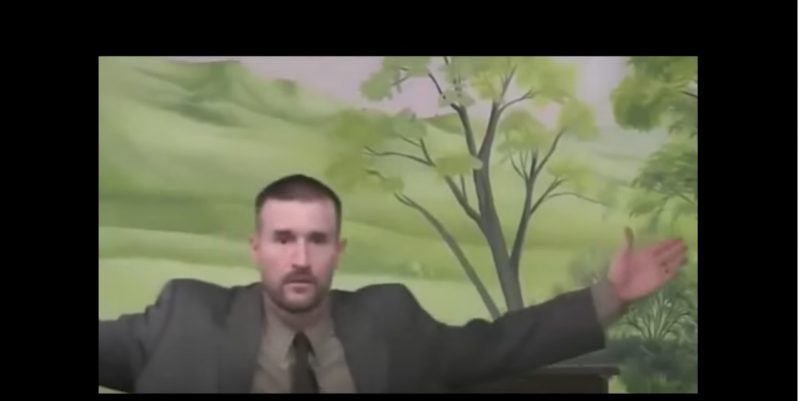 The pending visit of American fundamentalist pastor Steven Anderson to Jamaica on January 29 has sparked heated debate among Jamaicans over issues of tolerance, human rights and freedom of speech. The pastor is known for extreme homophobia and a volatile stance against homosexuality.

As founder of the Faithful Word Baptist Church in Arizona, US, Anderson has repeatedly called for homosexuals to be killed in sermons and YouTube videos. He drew public outrage when he applauded the shooting of 50 people at a gay nightclub in Orlando, US.

In Jamaica, where citizens still wrestle with lesbian, gay, bisexual, and transgender (LGBT) rights and issues, some may be interested in Anderson's fundamentalism. Others argue that his extreme preaching may validate and stoke homophobic attitudes. Overall, citizens are divided in terms of whether or not they believe the Jamaican government should ban Anderson from visiting the country.

John Jay, an activist who started an online petition garnering nearly 6,500 signatures from various countries, urges the Jamaican government to block the pastor's entry. He makes a simple point:

Clearly the Pastor has no respect for humanity and his messages go against our democratic ideals and our motto, ‘Out of many, one people’

Anderson has already been banned from entering the United Kingdom, Canada, South Africa and Malawi on grounds of hate speech and incitement to violence.

Human Rights First, a US advocacy group, is urging the US Department of State to condemn Anderson's homophobic stance in light of his approaching visit to Jamaica. In a press release, the organisation quotes Anglican priest Father Sean Major-Campbell, rector of Christ Church in Vineyard Town, Jamaica:

‘Pastor Anderson’s previous statements targeting the LGBT community are shocking and extreme in nature and we have no interest in him bringing that brand of hate here to Jamaica. While Jamaica is not the society it used to be regarding violence against gay persons, there is still a high level of stigma and discrimination.’

What are the pastor's plans in Jamaica?

Anderson has played down the nature of his visit in the media, insisting he will not preach against gay people but will simply be preaching the Gospel and screening his film.

However, he did post a 25-minute video of a sermon to a large group of students at the North Georgetown Secondary School in Guyana about “The Wrath of God.” On a Facebook event page, he noted:

We will be doing a missions trip to Jamaica from Jan 28 – Feb 3, 2018. The plan is to do one-on-one soul-winning, preaching in schools, and also enjoy some recreation. Check out our YouTube video describing the missions trip. This will be similar to work we have done in Guyana.

Anderson frequently broadcasts his beliefs on social media platforms. He believes literally in the King James Version of the Bible, and his church's doctrinal statement asserts:

We believe that homosexuality is a sin and an abomination which God punishes with the death penalty. We oppose worldliness, modernism, formalism, and liberalism.

Anderson denies accusations of racism, but in several online videos he refers to Jews as “Anti-Christ” and calls Islam a “disgusting religion”. He also asserts that adultery should be illegal. With regard to women's rights, he believes that “men shouldn't be under the tyranny of women”.

His statements following the 2016 attack on the Pulse nightclub in Orlando, US are especially disturbing to LGBT rights activists. In the video, Anderson claims he does not advocate violence but believes that all the victims “should have been killed anyway” by the government, adding, “I'm not sad about it.”

Will Jamaica ban the fundamentalist pastor?

If Jamaica were to ban Anderson from entering the country, it would not be the first nation to do so. In multiple cases, Anderson has been banned either due to anti-hate speech laws, or to concern that his preaching could incite violence against LGBT people, presenting a clear threat to public safety, which most governments have a duty to preserve.

South African Home Affairs Minister Malusi Gigaba explained that the decision to ban Anderson was based on a constitutional imperative to “protect and jealously defend the rights of all people.” Gigaba also noted that the Immigration Act “prohibits the admission of foreigners likely to promote hate speech or advocate social violence.”

Unlike South Africa, Jamaica does not have laws that explicitly prohibit hate speech. But promoting violence against anyone — especially on the basis of identity traits, like sexuality — is a crime. The question here is whether Anderson's words cross the line from hate speech to inciting violence.

We hope that the relevant authorities will take the necessary steps to monitor [Anderson's] visit and ensure that messages which promote hate, disrespect and violence are not tolerated.

J-FLAG has not yet released an official statement on the matter.

Dr. Wayne West, chairman of the Christian lobby group Jamaica Coalition for a Healthy Society, concedes that some of Anderson's teachings are “unsatisfactory,” but supports the pastor's visit on the basis of freedom of speech, suggesting that the repeal of buggery laws represented a greater threat.

Jamaican economist Damien King asserts that freedom of speech is an “all or nothing” issue:

https://t.co/fMlzAOyjRm This presents a real dilemma doesn't it? The man has odious views, but freedom of speech exists precisely to protect unpopular views. And you either believe in it or you don't. It's pointless if you believe in it only for the views you like.

Freedom of speech doesn't mean everyone has to speak on my space. Don't allow him here.

But some raise concern that this type of ban could set a precedent for future bans:

May I interject here? We used to ban books in this country ‘The Autobiography of Malcolm X’ was one such…as were the writings of Walter Rodney…was this a good thing?

In a letter to the editor of the Jamaica Gleaner, LGBT activist Maurice Tomlinson wrote about hate speech as a public health threat:

Jamaica recorded one of its bloodiest years in 2017, and already over 40 murders have been reported since the start of 2018. Vulnerable individuals, including women and LGBT people, continue to bear the brunt of this savagery.

Every free and democratic society has a right and duty to protect its citizens from imminent harm, as the Constitution's Charter of Fundamental Rights and Freedoms has been used to justify the abrogation of some rights for the common good.

Speech must similarly be regulated when it threatens public harm. That is why incitement to murder is not protected free speech. But this incitement is exactly why an American preacher wants to come to our country.

Allowing this American pastor into Jamaica, and giving him platforms at schools to spread his lies would threaten the fundamental rights of Jamaican women, children, and LGBT people to life, protection from cruel and inhumane treatment, and a host of other rights. Anderson must not be allowed to soil our nation's shores with his bloody footprints.

Attorney Narda Graham tweeted about the limits to free speech:

Freedom of speech, like all rights, does have limits. E.g., the general limit set by the Constitution is “to the extent that those rights and freedoms do not prejudice the rights and freedoms of others” and except “as may be demonstrably justified in a democratic & free society”.

In the end, if Jamaican officials consider banning Anderson, they will need to determine whether, under Jamaican law, Anderson's message crosses the line from protected speech to incitement to violence.