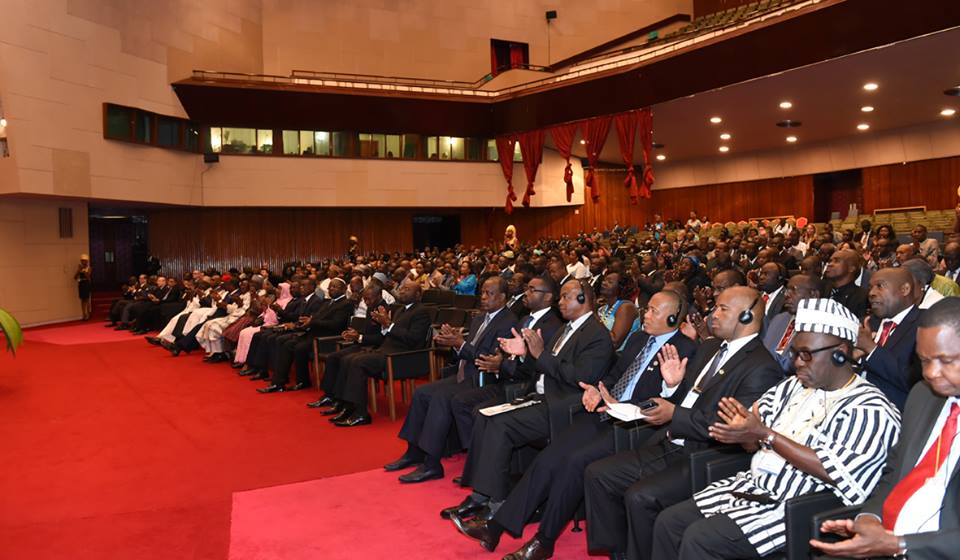 On Thursday, January 11, United States (US) president Donald Trump referred to Haiti, El Salvador, and some African countries as a “shithole” during a bi-partisan meeting on immigration at the Oval Office in Washington D.C. (US). According to lawmakers at the meeting, Trump said:

Why are we having all these people from shithole countries come here?

The US president's undignified comment immediately sparked international condemnation, including surprisingly humorous reactions from African netizens who used Trump's ‘shithole’ remark as an opportunity to air grievances on the lack of good governance in many of their respective African countries.

Rupert Colville, a spokesman for the United Nations High Commission for Human Rights described the statement as “racist:”

These are shocking and shameful comments from the President of the United States. There is no other word one can use but ‘racist’… You cannot dismiss entire countries and continents as ‘shitholes’, whose entire populations, who are not white, are therefore not welcome…It’s about opening the door to humanity’s worst side, about validating and encouraging racism and xenophobia that will potentially disrupt and destroy lives of many people.

The Botswana government “summoned the US ambassador to Botswana to express its displeasure at the alleged utterances made by President of the US, Donald Trump:”

Trump tried to reduce the impact of his comment by denying it, stating it was “made up by Dems [Democrats]”:

Never said anything derogatory about Haitians other than Haiti is, obviously, a very poor and troubled country. Never said “take them out.” Made up by Dems. I have a wonderful relationship with Haitians. Probably should record future meetings – unfortunately, no trust!

African netizens took no time reacting to Trump's comments. Although not justifying it, some assert that Trump's statement is an indictment against the governments of many African nations:

Why y'all bothered by @realDonaldTrump calling our countries #Shithole?
First of all we have failed to become fully autonomous. We rely on them for funds, so they disrespect us. We need to start thinking independently. Lets suffer with the little we have and build to be big.

The same sentiments were expressed by Ugo Agbaji, a Nigerian:

Nigeria is a SHITHOLE country because of its leaders. I’ll have to agree with Trump who I mostly dislike. Dear Trump please remind Nigeria that they are a shit hole country whose leaders need to get their shit together.

Africa, especially the Sub-Saharan region led by hypocrites such as South Africa, Nigeria, and Kenya is a big shit-hole. Governments screw their own people and 75% of govt revenue goes to the pockets of connected politicians. Africa with its present leadership cannot compete

Nigerians who live in Nigeria know that Nigeria is a shot hole. They queue up at embassies every week begging to escape.
Nigerians who managed to escape and their Pan Africanist cohorts (living away from the shit hole) are the ones angry Donald Trump called Nigeria a shit hole.

Fellow Nigerian Onye Nkuzi's tweet refers to the lack of justice in Nigeria for people murdered by herdsmen on New Years Day in Benue State:

So we have more important issues to deal with than Trump's snide remarks.

And yes, Nigeria is a shit hole. As for the rest of Africa, I do not know – I don't know enough to comment. https://t.co/ikamc2D8X8

According to Trump, Africa is a shit-hole with poor amenities, hunger and poor leadership.
That's what we get when we Africans elect leaders based on our tribal lines. We end up with clowns who have no policies on how Africa can be independent on its own.

Ghanaian Seraphic Herbsman advised Africans to save their outrage and work toward “turning our situation around:”

Africa is a shit hole. Don't be outraged. Channel that energy into being patriotic and turning our situation around.

However, some Africans were infuriated by Trump's comments. Ms. Nawande boldly states that “Trump is a shithole president:”

YES Africa & Its nations have it's problems..we don't dispute.. but name calling & outright disrespect by the very nation that has stripped off its resources for years is totally crossing it. TRUMP IS A ‘SHIT HOLE’ PRESIDENT. PERIOD.

And Didi Angela reminded the world once again that Africa is a continent, not a country:

This president called Africa a shit hole country? Someone tell him Africa is a continent, also African immigrants are one of the most educated groups in this country, this president is racist and ignorant AF

Gege, a Nigerian based in the United Kingdom, schooled the United States president to uphold the dignity of his office:

Decency, humility & compassion. That's what great leadership is about.

It's true that Nigeria is hell for many. It is also incredibly rude for Trump to denigrate the living conditions of the poor in Africa.

The man is desecrating the US Presidency with his uncouth behaviour…