With Age Limit Abolished, Ugandans Fear They Are ‘Stuck’ With President Museveni 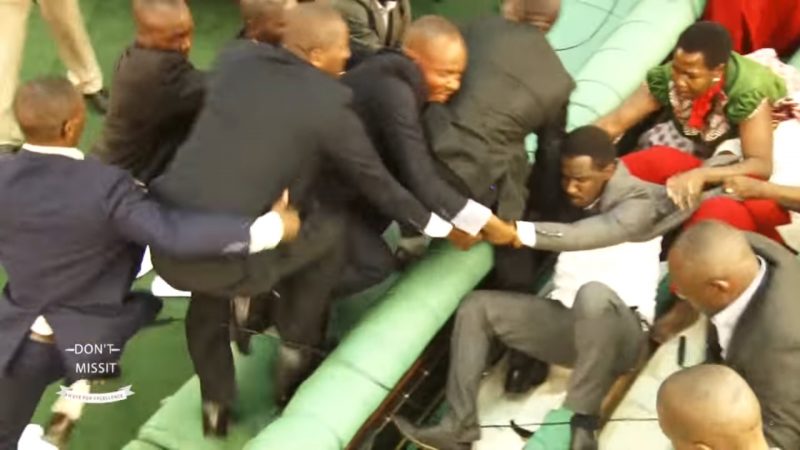 In early January 2018, a cloud of despair settled on Ugandan social media after the country's president signed a law that lifts the the upper age limit for the presidency even after a survey indicated that a majority of Ugandans oppose the change.

The amendment to Uganda's constitution means that President Yoweri Museveni, who is 73, can run for a sixth term in 2021 and possibly extend his 32-year rule, making him one of the longest-serving leaders in Africa.

The controversial law also extended the tenure of Ugandan lawmakers from five to seven years.

The changes come at a time when the space for civic engagement has narrowed and authorities are continually cracking down on dissenting voices.

Museveni last won elections in 2016, a vote during which the opposition had very little access to the media and journalists and members of civil society experienced intimidation. “Local observers said the elections were not free and fair,” reported Human Rights Watch in its World Report 2017:

Violations of freedom of association, expression, assembly, and the use of excessive force by security officials continued during campaigns and into the post-election period. Opposition presidential candidate Dr. Kizza Besigye from the Forum for Democratic Change (FDC) was held in preventative detention at his home for over a month while trying to challenge election results.

The police used unlawful means including live ammunition to prevent peaceful opposition gatherings and protests, at times resulting in loss of life.

During the age limit debate, 25 of members of parliament, mostly from opposition parties, were suspended.

Ugandan political opposition groups had fought the bill before it got to the president for his signature — figuratively and literally. At various points, the situation came to blows in the parliament. In December, members voted 315 to 62 to allow for removal of the age limit.

Many Ugandans expressed anger when Museveni signed the bill into law on January 2. One Twitter user named Oma wrote:

32 yrs of inefficiency and we are now stuck with this incompetent, self serving individual whose government is characteristic of nepotism!

Musiime Alex Martin was worried that Museveni is setting a bad example in the region:

His greed for power will haunt him now that he has become totally aloof. Bad thing he is even spreading this to other leaders in the region.

A day before Museveni signed the bill, Parliament Watch, an initiative of the independent Uganda-based Centre for Policy Analysis, recalled the words of one member of parliament, Henry Maurice Kibalya, when speaking about the age limit article in question: “As the 10th parliament, we can succeed in amending Art 102 (b) but cannot succeed in amending the broken hearts of Ugandans out there”:

It is at times like these that sarcasm comes in handy, as Kervy tweeted:

Given recent history, however, it's no laughing matter for the political opposition or civil society. After parliament approved the age limit bill, NBS TV interviewed the spokesperson of the country's police who seemed to characterize opposition as “evil”:

This is not the first time opposition politicians and other activists call for people, rally support from members of the public…to engage in activities that are unlawful. Even during the debate of the constitutional amendment, they mobilized, they tried to march as they could. However, we were ahead of them and we countered all their evil plans that they wanted.