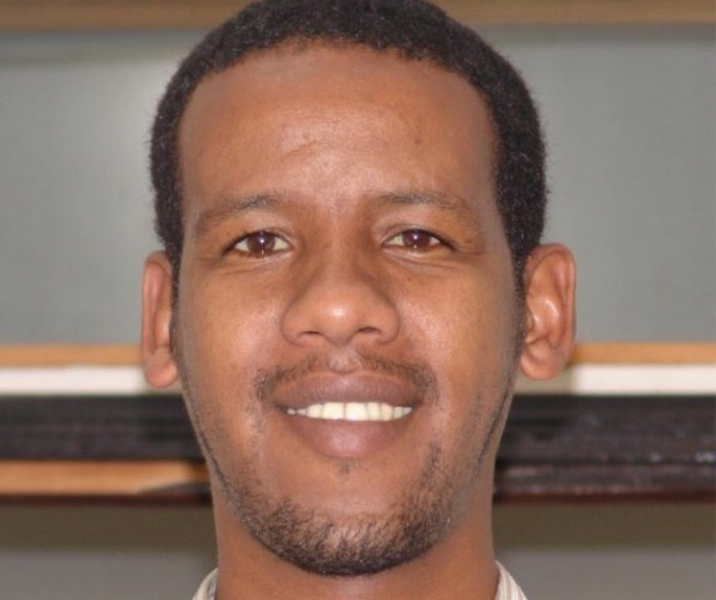 In one of his last public comments, Ethiopian journalist Ibrahim Shafi wrote on his Facebook page [2]: “Wake me up when I have a state.”

Not two weeks later, Shafi died in Nairobi, Kenya. His comment shed light on the deep personal toll of Ethiopia’s enduring political crisis that has swept the country over the last three years that sent Ibrahim into exile.

Ibrahim had worked as journalist covering sports and politics for nearly a decade, until he he no choice but to flee in 2014. Ibrahim, who was 40 at the time of his death, was not alone. He left for Nairobi, Kenya in June 2014, on a path taken by hundreds of Ethiopian journalists over the last twenty years.

According to data from Committee to Protect Journalists, Ethiopia's government has driven [3] more journalists out of the country than any other nation in Africa.

Ethiopian journalists most often flee their country because they fear imprisonment and violence [4]. In the lead-up to Ethiopia’s 2015 elections, the ruling party, the Ethiopian Peoples’ Democratic Revolutionary Front (EPRDF) have arrested [5] and charged journalists and bloggers [5] with terrorism offenses, sometimes over their writing, or even their posts on Facebook or Twitter. They can also face extrajudicial threats and torture.

For Ibrahim, such threats were familiar. Nearly ten years before departing from his homeland, he was arrested and beaten by the police during the 2005 Ethiopian post-election violence [6]. His friends say that the police tortured him so brutally that they left one of his legs permanently damaged [7]. 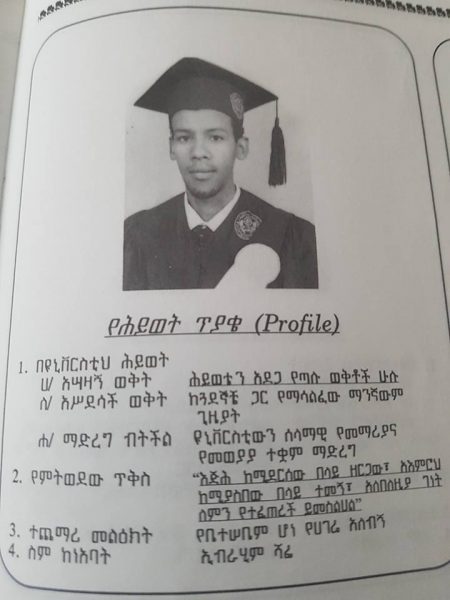 Before moving to Kenya, Ibrahim had lived several creative lives in Addis Ababa, Ethiopia’s capital, where he was born in September 1977. After graduating [9] from Addis Ababa University’s Department of Political Sciences in 2001, he taught civic education to high school students, and was revered by his students for his hard work and dedication.

He also earned a reputation as a respected and rising independent journalist. He was a deputy editor-in-chief in one of Ethiopia’s major sports newspapers [10] that made him a critical voice in Ethiopian sports journalism. He was a star on the fast-growing sports talk radio shows in Addis Ababa. Alongside his successful career as a sports journalist, he was a columnist for Addis Guday [11], the now-defunct weekly news magazine. He later served there as deputy editor-in-chief.

While exile can be a source of pain on its own, Ethiopian government is known to make things even more difficult by sending covert intelligence agents [12] to silence members of Ethiopian exiled dissident groups.

Despite these difficulties, Ibrahim made it clear that he was incapable of staying quiet. He remained connected to a life in Ethiopia that at times must have seemed distant. He shared his frustrations and his joys on his Facebook page.

On January 3, 2018, two weeks after writing his prophetic remark on Facebook, Ibrahim Shafi passed away [7] in Nairobi, Kenya. The cause of his death has not been made public, but his close friends in Kenya said that living in exile [13] had taken a toll on his physical well-being. Some have suggested that the injuries he suffered [7] at the hands of Ethiopian police may have contributed to his death.

At the time of his passing, Ibrahim had recently concluded the long and grueling vetting process to be resettled as a refugee in the United States, only to be cancelled by the Trump administration [14], and making his untimely death even more tragic.

A small corner of the Ethiopian internet has been buzzing over Ibrahim’s passing since last week, and he became a trending topic locally. Many across the country who knew Ibrahim reacted to the news of his passing and fellow exiled journalists offered their condolences.

It’s heart-wrenching to learn the death of my beloved friend, Ibrahim Shafi. I’ll miss his energy, love for disputation, wit, playful mischief making, warmth, & disdain for autocracy. His reward for having conscience in a country that criminalises it was torture & death in exile. pic.twitter.com/lfm2AZv86d [15]

It is with a heavy heart that I learn my friend Ibrahim Shafi from Ethiopia has passed away. Last time I saw him was a couple years ago at my house…we had a small party…no clue what we were celebrating. My final memories of Ibrahim were jovial –but I knew he and many other Ethiopian journalists in exile were experiencing huge challenges. The lack of work / opportunities, the constant harassment from local police and fear of Ethiopian security –many colleagues that I knew via email whose projects and words suggested a vibrant, active life grew listless and disconsolate while in exile. The journalist I would meet from Addis, forced to flee a hypersensitive oligarchy, would appear very different from the correspondences we previously shared from their home. I daresay colleagues told me Shafi was struggling here and I kept telling myself that “I must catch up with this guy”. Now it's too late. If only I had done more. R.I.P. Ibrahim Shafi Ahmed. You are greatly missed..

Words fall short of expressing my sorrow for your loss! Those hard days we shared together will never be forgotten. Goodbye the humble one, my beloved colleague and friend! Rest in peace Ibro!

An online memorial fund created at GoFundMe [17] raised more than USD $10,000 in a few days for Ibrahim’s mother, who remains in Addis Ababa.