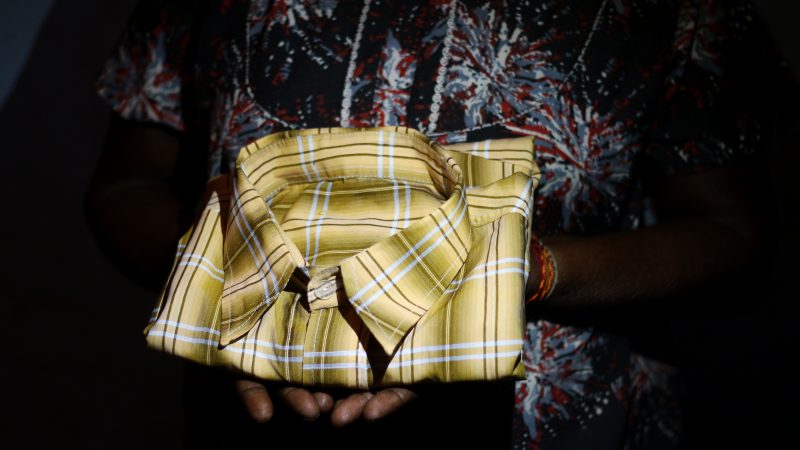 The relatives of the disappeared live surrounded by treasured possessions, each a reminder of their loved one’s absence. Image via Maatram. Used with permission.

This post by Selvaraja Rajasegar [1] originally appeared on Groundviews, an award-winning citizen journalism website in Sri Lanka. A translated and edited version is published below as part of a content-sharing agreement with Global Voices. (Read the first part here [2].)

More than 300 days ago, a group of Sri Lankan people began protesting [3] across the north (in places like Vavuniya, Kilinochchi, Mullaitivu) demanding the release of lists of secret detention camps, lists of the detained, or simply information on what had happened to their loved ones. Though the Sri Lankan President Maithripala Sirisena promised [4] to release this information in June 2017, he has not done so to date.

Sri Lanka emerged from a 30-year-long civil war [5] in May 2009 when the Sri Lankan military defeated [6] the LTTE [7], also known as the Tamil Tigers. They fought for almost three decades to create an independent Tamil state called Tamil Eelam [8] in the north and the east of Sri Lanka. In the midst of the conflict, many people have disappeared, not just in the north and east where much of the last stages of the war were fought, but in the Sinhala [9]-majority south as well, during insurrections from as far back as the 1980s.

However, disturbingly, many also disappeared after the end of the war [10], when people handed over family members to the military (in some cases, these people were suspected members of the LTTE). 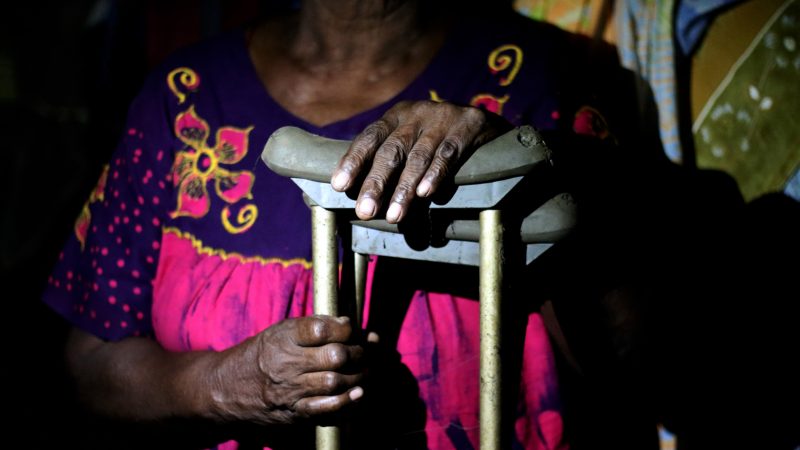 Image Via Maatram. Used with permission

The relatives of those who have been forcibly disappeared live on. They live surrounded by treasured possessions, each a reminder of their loved one’s absence. They pass by the places they once walked, and meet people their missing ones loved.

Recently, Maatram, a Sri Lankan citizen journalism site publishing content in the Tamil language, visited these families [12] to ask them a difficult question: whether they would allow their loved ones’ possessions to be photographed. Upon hearing this question, they wept bitterly; their pain is difficult to describe in words.

Still, they came forward with these treasured belongings, wet with tears. They believe their loved ones will return. Their sadness is immeasurable.

The second part of their story follows. As with the first part [2], all names have been withheld to maintain the privacy of the people that were interviewed.

‘When I look at his clothes, I feel that he is alive.’

On April 28, 2009, we were in a bunker. The army came and took us away. One of our sons passed away, and it was our other son who made all the funeral arrangements. After the funeral, he put his brother’s wife and children onto the last ship, but he stayed behind. At that time, he was 23 years old. I still don’t know where he is. On April 12, 2009, he came and left his sarong and shirt at home. To this day, I keep them to remember him. When I look at his clothes, I feel that he is alive. No one can tell me he is not alive. I know that he is. 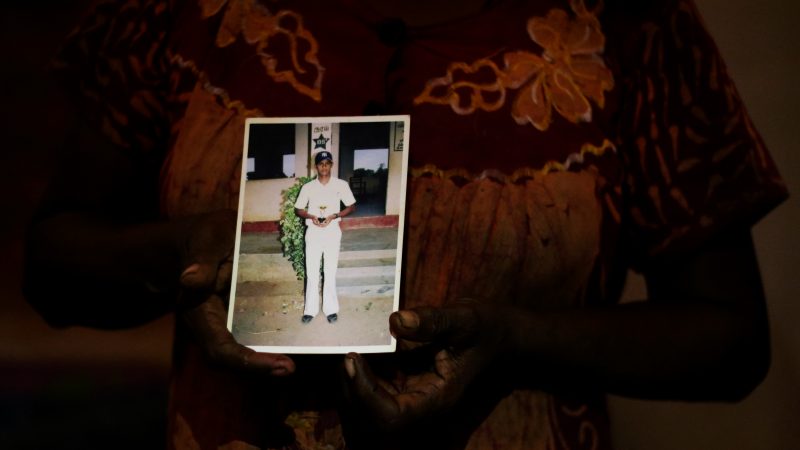 “Image Via Maatram. Used with permission”

‘We have lodged complaints everywhere…I want to know if he is alive or dead.’

My son disappeared during the last stage of the war in 2009. So far, we have not heard any information about his whereabouts. He was just 17 years old and was sitting for his Advanced Level examinations. We have lodged complaints everywhere — with the ICRC [14], numerous commissions, the police and CID [15]. I want to know if he is alive or dead. We have all his possessions, his clothes in a box. When we look at them, we remember him.

‘Only God knows whether the government would give any information.’

During the last stage of the war, I was injured when we were crossing to the army side. They took the injured people separately, so I got separated from my son. I begged them to let me travel to the hospital with my son. Since that day, I don’t know where he is. Someone said he was in the detention camps. I went to eight camps and looked for him, but he wasn’t at any of them. He was sitting for his Advanced Level examinations at that time. My son isn’t a member of the LTTE, so he has to be alive, I believe that. Only God knows whether the government would give any information. 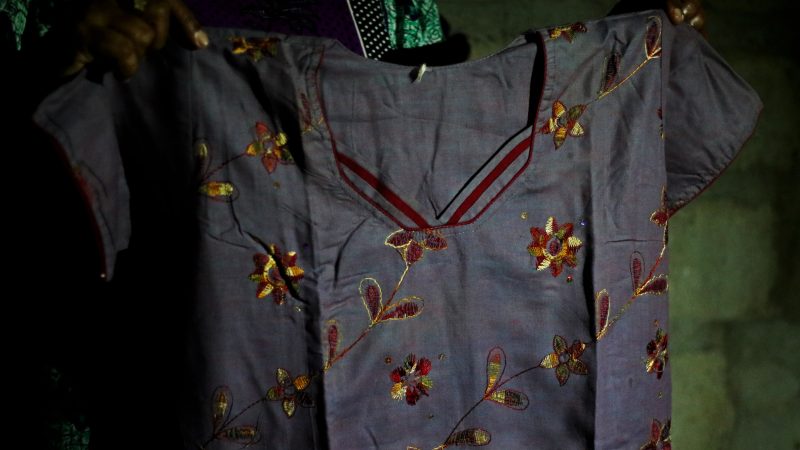 ‘He went with a friend to the beach. He never came home.’

My son sat for his Advanced Level examinations in 2006. In 2008, he was forcibly recruited by the LTTE. That same year, in Manalaru, the LTTE sent him to dig for an underground bunker. That area was shelled and he lost a leg. After that, the LTTE released him, and he was with us. Our son went missing during the battle of Mullivaikkal. On that day, he went with a friend to the beach. He never came home after that.

Two of my granddaughters were in the Sencholai Children’s Home, which is in Puthukudiyiruppu. When the army surrounded the area, they were displaced. One of them went missing in the chaos. We have yet to find her as well.

‘My husband is a member of the LTTE. I handed him over to the army.’

My husband is a member of the LTTE. I handed him over to the army. My husband said, ‘If I go, I won’t return.’ I told him, ‘If everyone is surrendering to the army, why do you think only you won’t come back?’ I have guilt because I am the one who convinced him to surrender although he didn’t want to. Virakesari published a photo, and I recognized my husband, who was fourth in a row of people. I took the photo and lodged complaints everywhere, including the ICRC. I too am an LTTE member but was released from the camp because I have two young children. After being released, the CID continuously harassed me. I told them, ‘I have registered everywhere as a member of the LTTE. If you want to arrest me, then please find my husband and bring him so that he can look after the children. Then you can arrest me.’

Once you hand over someone to the army, they should give details about what happened to them. Though I am a member of the LTTE, I didn’t hide anywhere. I stayed in my house because my husband would know to find me there. If I leave, he wouldn’t be able to find me. So until the government releases him, I will stay here. When my daughter thinks of him, she uses his bedsheet to cover herself. 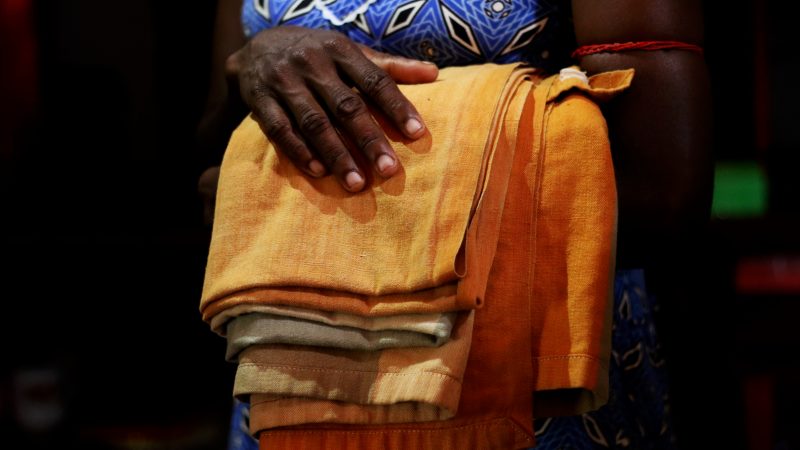 ‘I searched for her in many camps after the war.’

I have one son. The LTTE continually asked us to give him to them. The last time, instead of taking my son, they took my daughter. She was in Grade 9. During the final stages of the war, I saw her but once the fighting intensified, I lost track of her. I searched for her in many camps after the war, including the Ambepussa camp. I went to Colombo as well but did not find her there. I don’t know what happened to her.

‘I still believe she is alive and in a detention camp somewhere.’

I have four daughters. It was the eldest who disappeared. She used to support the family with her income. She went missing during one of the more intense battles near the end of the war when shellfire was heavy. Many people said that they saw her near Vattuvaagal. Since it was a border area between the LTTE and the army, I still believe she is alive and in a detention camp somewhere. My husband is now paralyzed, suffering from depression because of the loss of our daughter. 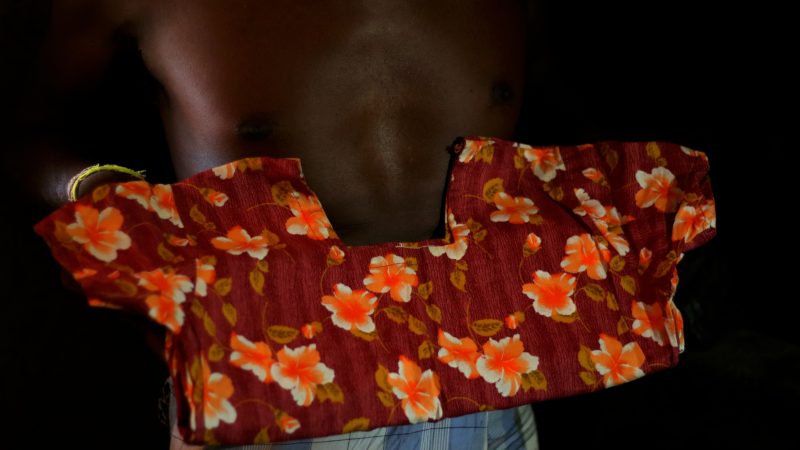 ‘We handed our son over to the army.’

My son worked as a tailor for 15 years. This is a shirt he made himself. He used to make clothes for me and even my daughter’s children. May 17, 2009, we crossed to the army-controlled area and handed our son over to the army. We did so, believing that they would release my son. After that, we never saw him.

The fear of their stories being forgotten is what has driven the families to continue their protest. For many of the families, the pain is still as raw [19] as the day they discovered their loved ones would not be returning home. They are willing to go to drastic lengths.

It’s the lack of progress on the part of the government that has led to a series of protests highlighting, among other issues, the plight of families of the disappeared [19], political prisoners [22], militarisation and land occupation [23].

The Sirisena government promised to create Sri Lanka’s Office of Missing Persons (OMP), which was supposed to start its operations [24] in September 2017 and probe into disappearances of thousands of people during the civil war — but the launch has been postponed [25] to 2018 while the families of those who have been forcibly disappeared still await answers.

This video, uploaded by Center For Policy Alternatives (CPA) [26], where Maatram is institutionally housed, showcases some of the above mentioned testimonies in the Tamil language: