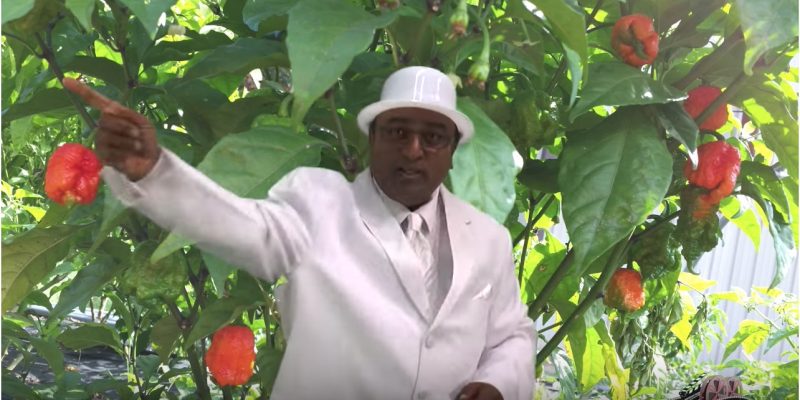 With the new year upon them, Trinbagonians are now into the annual Carnival season, which is never without controversy. Two years ago, one Carnival band's portrayal was accused of trivialising the trauma of slavery. In 2017, a popular fete put patrons through a five-step process to buy tickets, which struck some as elitist and discriminatory; the issue of livestreaming and copyright infringement also emerged as a contentious topic.

This year, the hot potato is a soca song called “Rowlee Mudda Count”. “Rowlee” refers to the country's prime minister, Dr. Keith Rowley, and “Mudder [Mother] Count” is a pun on the female genitalia.

Produced and performed by soca artiste Nermal “Massive” Gosein, the song — while lyrically unremarkable — came to wide public attention when the promoters of the national soca (and its Indian-influenced derivative, chutney soca) contest announced that they would ban him from performing it on their Carnival stages because they found it offensive.

Suddenly, people who never even heard of the song were logging on to YouTube to see what all the fuss was about.

The fuss, as it turned out, was about way more than a dirty word aimed at the prime minister, and a debate soon ensued about racism, sexism and censorship in soca and calypso music.

The musical genre has a long history as a wellspring of strong social and political commentary, with artists using clever satire and double entendre to poke fun, criticise or call out wrongdoing. Trinidad and Tobago's politics have just as long a history of tribalism; the two major political parties are mostly split along ethic lines, with the Indo-Trinbagonian segment of the population largely supporting the United National Congress (UNC) and Afro-Trinbagonians aligning themselves with the People's National Movement (PNM), the party currently in government.

Because “Massive” Gosein is of Indian descent, many netizens assumed his ethnicity was linked to his political affiliation and deemed his criticism of the prime minister unsurprising; however, they were disappointed in the delivery. Facebook user Patricia Worrell said:

Well, I listened to it. What caught my attention was when I heard he was defending it on the grounds that ‘Indian people have had enough’ so I thought there’d probably be all kinds of witty social commentary in response. Poor fella! He eh make! [meaning “He didn't succeed!”] It’s not worth comment, really. Just – perhaps Listerine for his mouth? Pity. Some response to calypsoes that are clearly anti-Indian is necessary. But he doesn’t seem to have the right weapons for a battle of wits against the perpetrators of racism in calypso.

Gosein justified his composition by making the point that songs like Rootsman's “Oma Account Big” (which took jabs at the wife of former prime minister and UNC leader Basdeo Panday), Crazy's regular flirtations with foul language (“Paul, Yuh Mudda Come” and “For Quriousity”), and some divisive calypsoes by performers like Cro Cro and Sugar Aloes, had not been banned.

While some netizens agreed, others just weren't buying it, calling the song “racist garbage, wrapped in the culture war” — a response that may very well have been provoked by the video accompanying the song, which featured a woman in blackface.

The chairperson of the PNM Women's League, Camille Robinson-Regis, soon came out and said that the song was degrading to women and that the video was a racist depiction of the prime minister's mother.

The political satire website Wired868 wasted no time in arguing that the song was “as empty and as meaningless as the criticism it has provoked” and that it represented a missed opportunity to meaningful commentary:

Had Rowley’s mother, for instance, counted the number of non-functioning national stadia in the country, even as the government looks to begin construction of a new one in Diego Martin, well, Massive might have been on to something.

If Rowley’s mother was counting the number of people murdered—a statistic as troublesome under this government as it was under the People’s Partnership—Massive’s offering might be worth a listen. […]

Instead, Massive starts and ends with an obscene, frustrated yelp that he impotently dresses up with a quizzical tale of Rowley’s mother falling victim to praedial larceny. And then he has the gall to demand the protection of artistic license. […]

The image of a woman in ‘blackface’ playing Rowley’s mother in Massive’s video further highlights the utter emptiness—moral and otherwise—of this offering. When even [notably pro-Indian] Sat Maharaj can’t defend you, there really isn’t much more to be said, is there?

Maharaj, the secretary general of the Sanatan Dharma Maha Sabha, the country's most high-profile Hindu organisation, told a local newspaper that he objects to offensive songs and speech, but “if we intend to start pulling songs, then we have to start pulling some of the songs that went before, all the songs. I have no problems with calypsonians or chutney singers making political pronouncements in their songs, but when it crosses the line of good behaviour, of obscenity, then I raise objection and I also raise objection to people who conveniently are offended.”

Wired868 made some astute observations about the big picture:

Calypso and soca music are not inherently racist or sexist. But let’s be honest, for far too long, a racist and sexist fringe has found safe, comfortable lodgings there. […]

There is much that we have to talk about in Trinidad and Tobago as regards race, sex, class and even State-sponsored censorship […]

But it’s hard to get started without political fanatics jumping in to fog up the conversation.

Meanwhile, blogger BC Pires suggested that although the Gosein's message was not well constructed, surely he had the right to say it:

In the so-called Land of Calypso, where, in poetry, dead calypsonians decompose but compose still, a mediocre ribald song has been raised to treason, in the eyes of the field slaves who have taken over the Great House. […]

Does any office really need to be protected, at the expense of free speech, from a poorly-made, poor-taste joke?

Pires found it ironic that the dignity of an office could be lowered by toilet humour when the prime minister himself recently threatened “to put on his ‘shit-kicker’ boots for another Member of Parliament”, suggested that women — like golf courses — needed daily “grooming”, and was in a heated row with the country's president over which of them was being dishonest.

On a separate public thread, one commenter, Kian, who was not a fan of the song, answered his question:

NO one is denying Massive’s right to perform in any way he can. […]

Calypsonians are a needed commodity in our culture. The are the only ones who says what is on our minds and put it in song and melody. We sing their songs in our lonely moments, we praise them when they hit our at our enemies, we lament the thoughts they express when we are compromised and we sing their melodies when we think of the quality of life they sing about in their songs. […]

I do not want the calypsonian to be edited, censored or banned […] but they must be mindful that not just because they have a license, they can say whatever they want or do whatever they want; they have an obligation to those who buy their products. Those products will either catapult them into stardom or make them an objectionable quality to the art they profess to represent.

Regardless of netizens’ opinions about the song, there is no doubt that the controversy has increased public awareness of it, as is usually the case when content is censored.