Despite Challenges, Jamaica’s Capital City Welcomes 2018 With a Dash of Optimism 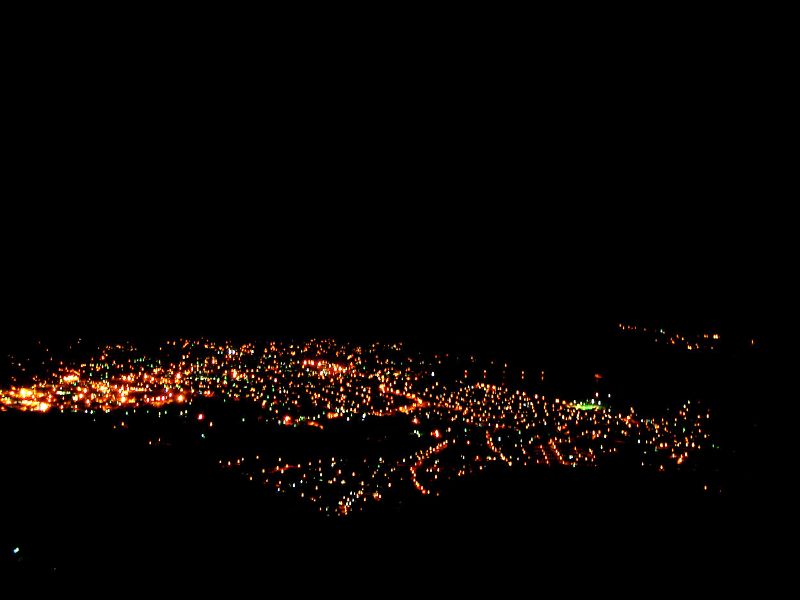 2017 was a largely positive first year for Mayor Williams, who was sworn in on December 15, 2016. Having built a solid following on social media in 2017, he is gaining support for various initiatives, including the renovation of the historic Ward Theatre and the St. William Grant Park in downtown Kingston, and the promotion of activities in the UNESCO Creative City of Music, thanks to its invention of six separate musical genres including mento, ska, reggae, rocksteady, dub and dancehall.

Kingston, the island's capital, which boasts the Caribbean's only visual and performing arts college and a high number of music recording studios, earned in excess of $28 million J (about $225,000 USD) this year, from entertainment permits alone.

This is better than in prior years. In December 2016, the city hosted just under 600 events; in December 2017 there was a 4% increase. Against this backdrop, the Kingston and St. Andrew Municipal Corporation (KSAMC) has been “pushing the issue of entertainment”, because of both its cultural and economic value.

The development of a restaurant and entertainment centre on the waterfront caught one Jamaican's eye:

Sir @MayorWilliamsJA If this is what I think it is???, I am very excited! It's looking good!

However, several tricky issues linger in Jamaica's capital — not least of them chronic issues with garbage collection. Having been besieged with social media messages in recent weeks, the mayor has now offered to assist the National Solid Waste Management Authority (NSWMA) with the burgeoning problem. While the NSWMA head sought to defend the agency, others, including the incoming Chief Executive Officer of the Jamaica Environment Trust (JET), were not impressed.

Another ongoing concern is Jamaica's high crime rate. However, this did not deter hundreds of Jamaicans, who gathered along the Palisadoes strip (a narrow strip of land connecting the city to the airport) to watch the New Year's Eve fireworks display. They created their own parties there, without the crowd and the cost:

How are you ringing in the new year?

Bumper to bumper traffic along the Palisadoes main road in Kingston, a popular location to watch New Year's Eve fireworks in the capital city. Photo by @rmakyn. #NYE2017 pic.twitter.com/R5bVaTtDZN

One particular aspect of law and order that troubles many residents is the aggression of windscreen wipers (young men, mostly street dwellers, who approach drivers to clean their windscreens):

I have been talking about this menace for years which has now got out of hand. Some of Kingston’s major intersections remain unsafe for especially female drivers who suffer indignity when they’re targeted by windshield wipers. #DevonHouse #3miles #MatildasCorner @MayorWilliamsJA

This MegaYacht came in yesterday. Gather it belongs to Michael LeeChin. Hope it does. Jamaicans should be proud of him. To me it’s both inspiration and motivation. Let’s celebrate the successes of fellow Jamaicans and perish the 3rd World complex. pic.twitter.com/oGZos5tunf

Kingston's residents enjoyed New Year's Eve, whether in the usual lively fashion or in quiet contemplation. Fireworks on the waterfront have become an annual ritual, enabling Jamaicans from all walks of life to relax, eat and enjoy live music. Media personality Miss Kitty shared:

Wear your Neon Colours and meet me Downtown Kingston on the Waterfront and let's rock in 2018 together!! #RockDiGlow #Fireworks #NewYearWatch #Kingston #Jamaica https://t.co/GVoPvjcHMl pic.twitter.com/EuB9bqE2uZ

The fireworks were a great success, with many vantage points from around the city available. Vendors were out early setting up their stalls downtown, and security was tight. Jamaicans tweeted enthusiastically:

There were many celebratory and upbeat posts:

Kingston 12:00 AM. The New Year is greeted with spectacular firework displays from a dozen locations across the city, plus many smaller bursts. I've never seen so many, and wonder if a new optimism is building. 2018 already has the makings of an auspicious year.

And on the morning of January 1, human rights advocate Susan Goffe tweeted early from her rooftop:

The first sunrise for 2018. Very overcast, but the sun manages to shine through. Metaphors for life… #Kingston #Jamaica #NewYear2018 pic.twitter.com/3jiJeIr8Sd

While clouds linger, it appears that Kingston is determined to look on the sunny side of life in 2018.