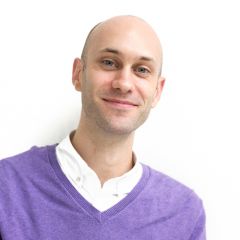 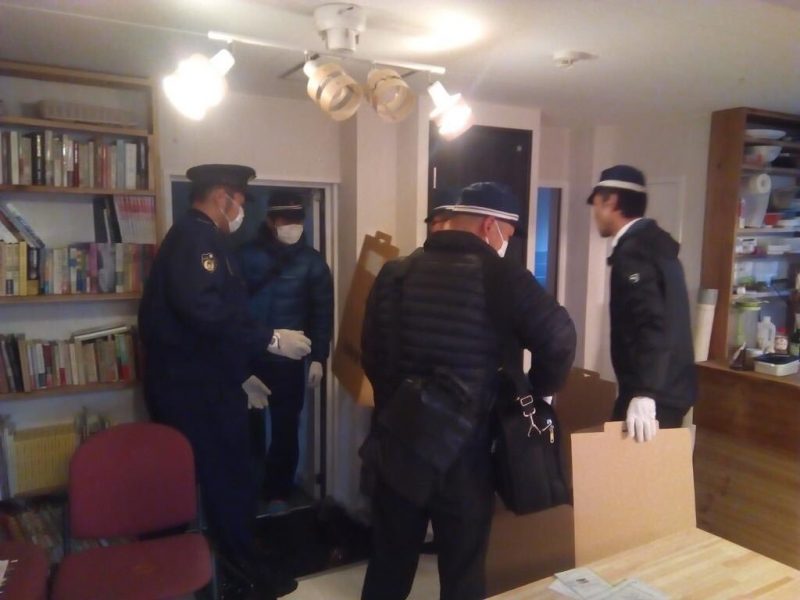 On November 21, in the Hyogo prefecture of Kansai region of Japan's main island, Honshu, police raided the office of Jimmin Shimbun (The People’s News), one of Japan's most established left-wing newspapers, and arrested Yamada Yoichi, the editor-in-chief, on suspicion of fraud. He was then formally indicted on December 12. As of December 28, Yamada remains detained by Hyogo police.

The raid has stoked fears that a contentious, vaguely-defined new ‘conspiracy law’ is being used to stifle freedom of expression, and also highlights a still-vibrant left-wing political scene in Japan with links to radical groups from the 1960s and 1970s.

In an official statement published on its website, the newspaper said that the raid involved over twenty officers who refused to show a warrant and questioned residents in the building where the newspaper operates. Jimmin Shimbun reported that all of its computers were seized, along with other documents, and that the editor's residence along with two other locations in Tokyo were also raided.

Supporters of Jimmin Shimbun also claim that police who spoke with tenants in the building attempted to create an impression of the newspaper as a dangerous or illegal organization.

Jimmin Shimbun has protested the police raids and the detainment of its chief editor and has initiated various online campaigns to highlight what happened. It also issued a call for police officers who participated in the raid to be identified online.

[Share this] Jimmin Shimbun premises searched, editor arrested, citizens questioned by members of the Hyogo prefectural public safety division. Remember these faces, and let's fight back against (this group).

Is Japan's new “conspiracy law” being used to crack down on freedom of speech?

Following Yamada's arrest, a petition was quickly launched on Change.org calling on the National Police Agency to release the editor. Aside from calling for Yamada's release, the petition highlights the perceived threat posed by Japan’s recently enacted and highly contentious “conspiracy law” (known in Japan as 共謀罪, or kyogizai) and a “crackdown” on anti-government voices.

We are very concerned that these types of suppression against citizens by the police will expand. The whole purpose of [the conspiracy law] is to repress citizen movement and the press. We consider that the police has now begun to apply this conspiracy law on innocent citizens.

Yamada’s arrest was reported in some mainstream Japanese sources, although coverage of events since the raid in late November has mostly been limited to left-leaning and sympathetic media publications, and by the Jimmin Shimbun itself. Despite the loss of its equipment in the police raid, Jimmin Shimbun has continued to publish three editions of the newspaper a month.

Founded in Osaka in 1968 as Shinsayoku (The New Left), Jimmin Shimbun adopted its current name in 1976. The various Marxist factions that once wreaked havoc around Japan’s university campuses are now a mere shadow of their former selves as membership declines.

Over the course of its history, the newspaper’s pages have carried announcements and statements from the Japanese Red Army (JRA), a Marxist militant group formed in 1971, and it even published an anthology of the JRA’s propaganda texts in 1979.

Though independent and unaffiliated with a specific leftist faction, the newspaper's historical and present links to the JRA have meant police regard it as a hub for sympathizers.

In fact, Jimmin Shimbun is just one example of a vibrant subculture of gazettes, newsletters, journals and newspapers published by an array of political groups in Japan sold at specialist bookstores and distributed among activists.

The scholar Wesley Sasaki-Uemura has described these as “micro-publics” that started to emerge after the failure of the 1960 protests against the US-Japan security treaty. However, the existence of publications like Jimmin Shimbun is proof that there is still a small but active left-wing community in Japan.

The allegations against Yamada that justified the raid involve a bank account he opened under his own name in February 2012. Yamada was provided with two bank cards for the account, and authorities allege Yamada used the account to receive funds donated by a network devoted to supporting Okamoto Kozo, a 70-year-old former Japanese Red Army member who now lives in Beirut, Lebanon.

Police say that almost all of the approximately 10 million yen (about $88,000 USD) placed in the account since it was opened was withdrawn in Lebanon with one of the bank cards, and used by people caring for Okamoto in Lebanon. While Okamoto is still wanted by police in Japan, he was granted legal asylum by the Lebanese government in 2000.

A typical “most-wanted” poster of Japanese Red Army members; some are still at large, while the whereabouts of others is unknown or may have deceased. Okamoto is pictured bottom-right.

Okamoto went to Lebanon in the early 1970s to join up with the nascent Japanese Red Army, then a loose circle of volunteers under the Popular Front for the Liberation of Palestine. He is the sole living member of the Japanese group who attacked Lod Airport (Ben Gurion Airport) in Israel in May 1972. The attack killed 28 people, including his two Japanese comrades.

Okamoto was captured by the Israeli armed forces and kept in solitary confinement for several years, during which he had a nervous breakdown. He was released in a prisoner exchange in the 1980s and was later arrested in Beirut in 1997 and put on trial with several peers for visa violations.

Ultimately Okamoto was allowed to stay in Lebanon as a political exile after his fellow defendants were extradited to Japan in 2000. Orion no Kai (Orion Group) was then formed by supporters in Japan to fund his living costs.

In addition to Okamoto, a handful of ex-members of the now-disbanded JRA remain at large, presumably overseas, and their faces are a common sight on wanted posters at police substations around Japan. For the JRA’s various associates residing domestically, surveillance is an accepted fact of life.

However, the arrest of the Jimmin Shimbum editor and the raid on its office indicates that the police will now exploit opportunities to crack down on left-wing press publications and prevent them from disseminating information.

Critics of the raid and Yamada's arrest believe Yamada was targeted as a supporter of former JRA affiliate Okamoto. They that the fraud charge was a convenient excuse to raid the newspaper and steal its list of subscribers.

Police looking ahead to the 2020 Tokyo Olympics intend to keep tabs on past leftists, much as they did in the run-up to the G7 summit in 2016.

The chief editor of Jimmin Shimbun has been unjustly arrested and indicted for fraud. However, there is no victim at all. Instead, (Yamada's arrest) is suppression of speech. Yamada has been taken to a cold cell with no heater. He hasn't done anything wrong, and yet will be detained for several months. Instead it's the lying Abe clique […] that should be arrested!

As of December 29, Yamada remains detained by Japanese police as prosecutors build a case against him. Jimmin Shimbun supporters have held events and protests outside the police station in Hyogo where Yamada is confined.

While some might say the left-wing newspaper is a relic from another era, Jimmin Shimbun epitomizes the feisty voice of veteran left-wing activism in Japan that is accustomed to confronting the state.