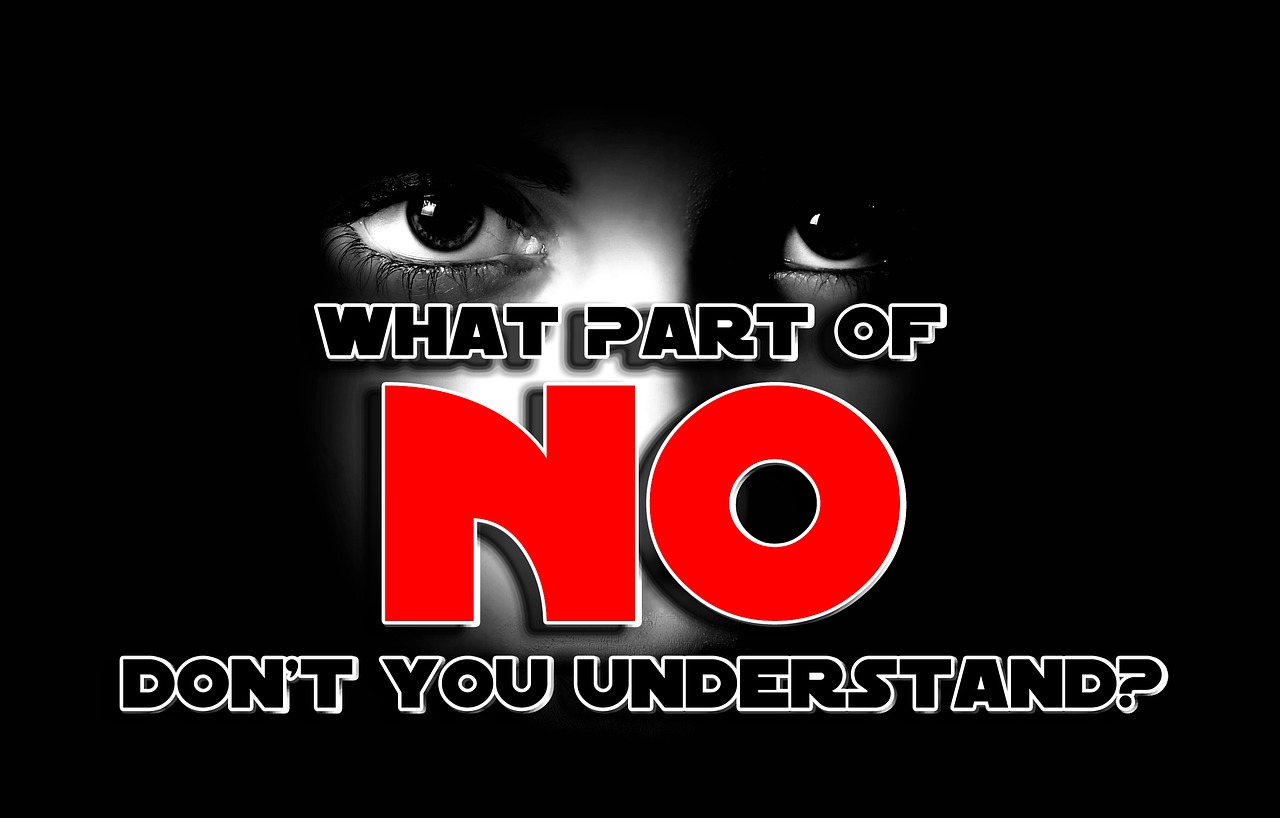 Image by Geralt via Pixabay. CC0

This year, sexual harassment and misconduct allegations rocked Hollywood and later spread worldwide with the #MeToo campaign. Many activists, women, and allies came out to address these issues all over the world, including those from the South Asian region. However, when a 17-year-old Indian actor of Kashmiri origin filed charges of sexual misconduct and molestation, many netizens supported the accused instead of the victim. In addition, the local press — and international media outlets such as the BBC — added to the damage by revealing her identity, this despite laws protecting the ‘names of victims who are minors’.

The incident occurred on 9 December 2017 as the actor was traveling on a domestic airline from New Delhi to Mumbai. She later took to Instagram to speak about the assault and was visibly shaken by the experience. She explained how a middle-aged man kept harassing her during the flight and later filed a case under section 354 of Indian Penal Code and Protection of Children from Sexual Offences Act 2012.

“The lights were dimmed, so it was even worse. It continued for another five to ten minutes and then I was sure of it. He kept nudging my shoulder and continued to move his foot up and down my back and neck. This is not done, I am disturbed… Is this how you're going to take care of girls? This is not the way anybody should be made to feel. This is terrible!. No one will help us if we don't decide to help ourselves. And this is the worst thing.”

Relevant authorities stepped in and expressed shock over the incident.

Delhi Commission of Women issues notice to Vistara Airlines on actress Zaira Wasim's allegations of a molestation attempt on Delhi-Mumbai flight, seeks report of the incident by Dec 16

As the story surfaced and spread on online platforms, many were outraged at her ordeal. But others questioned the actor, criticised her claims and even ran a trolling campaign against her.

Many others questioned the young actor:

Internet or media are not law-enforcement agencies. If you face an assault, report it to the police or the women commission. If you don’t get help, you can always seek public support through internet or media. Don’t use internet to hurt an innocent.#ZairaWasim

Another former journalist Jagrati Shukla, known for her anti-Muslim and anti-Dalit rhetoric said:

If Molestation did occur, why hasn't she filed an FIR yet?

However, others took to the actor's defense and criticised the backlash she received from the online community. Here's how film director Gautam Benegal explained the entire situation in a Facebook post:

The default setting traditionally in patriarchy is to point fingers at the woman first. The French even had a term for it. “Cherchez la femme!” Look for the woman. After the advent of feminism, there has been a huge backlash from resentful patriarchy (and that includes women too since they are embedded in the system) and it has become the fashion to rail against political correctness and revert to the default.

The fact that the actor hails from the disputed region of Indian-administered Kashmir has made matters worse with many bringing politics into their criticism of her claims. Muslim-majority Kashmir is geographically divided between India and Pakistan and claimed in entirety by both. Separatist politicians, rebels, and alliances like the All Parties Hurriyat Conference reject India’s sovereignty over Kashmir and have been fighting for independence or a merger with Pakistan since 1989. Due to stereotyping of all Kashmiris by Indian nationalists as troublemakers and secessionist, many Kashmiris do not feel and have never felt, included in India and its rhetoric of democracy, secularism, and globalization.

The issue has intensified over the weeks with the actor gaining criticism from people on both sides of this political debate. Numerous activists joined in, putting forth their political viewpoints and affiliations in their commentary on the situation.

#ZairaWasim represents paranoia of Kashmir Muslims against rest of Indian citizens. The only way out Kashmiris love India and feel part of it.

About time for #ZairaWasim to play the Kashmir Card and Minority Card as she has been proven wrong in the harrasment case.

Many even called the molestation complaint a ‘publicity stunt’, linking the incident with actor's mother's support of Pakistan's cricket team in a recent match with India.

Grow up Zaira bibi, for Life's sake!
Being a celebrity your tantrums take away from the everyday misogyny that women suffer everywhere and every hour and deal with them in their own ways.
Not all of us can afford FIRs or Press Conferences.
Now methinks you've been primed for some sort of agenda.
Airlines Staff are very caring of common passengers but they will not bend to kiss your toe for the simple reason they serve, they are not bought labour by your money.
An irritable passenger is ticked off always and I'm sure the staff thought Princess was having one of her usual tirades.

Debates about fake feminism and punishment for the young actor railed on:

PT if U stand against Fake Feminism & want system to punish #ZairaWasim for putting an innocent man behind bar, pls tweet 5 tweets daily exposing Her & @aamir_khan

While many Bollywood actors stood up for the young actor on social media platforms, others tried to make sense of a debate which pitted different communities against each other.

It’s pathetic and shocking how folks have converted #ZairaWasim incident into a Kashmiris vs Pandits, Hindu vs Muslim, liberals vs leftists diatribe.

It is the Constitutional Right of every victim to report sexual abuse and it is our duty to take cognizance, investigate & facilitate justice. Kindly refrain from being judgmental and #Respect the Right of a Victim of a Sexual Assault pic.twitter.com/sb6QRx2iNI

Meanwhile, the man accused of molesting the young actor, Vikas Sachdeva, has been granted bail by a local Mumbai court and has been directed to not influence any witnesses in the case. His wife and various right-wing Indian groups have defended and supported him throughout the investigations.

My husband is innocent, had no intention to molest. There was a young death in family,which is where he went , hadn't slept for 24 hours. He asked crew to not disturb & wanted to sleep. His foot was on arm rest but not with intention to harass: Wife of accused in #ZairaWasim case pic.twitter.com/UA7WokkJfe

Reports about the incident in Indian media broke a crucial clause of the POSCO act which mentions keeping the identity of the victim ‘protected’. However, many believed that keeping her identity hidden was impossible due to the actor's prominence and the fact that she live-streamed her accusation of assault.

Although a few news outlets maintained the victim's privacy, the damage had already been done. This was also criticised heavily by netizens.

In the main paper you take a moral high ground and in the accompanying Bombay Times you name her & put her photo as well #ZairaWasim pic.twitter.com/nNVY3zVwiN

In Zaira’s case, its her prerogative when she chooses to report the incident. So many women report issues of molestation much later after it has happened. In some cases, many years later. Maybe she simply said an okay that she didn’t mean at that moment of apology. And the apology didn’t help her feel any better later. Maybe she wasn’t convinced of his innocence on an after thought. We don’t know for sure. But, why are we putting her under a microscope and examining her true intentions, and letting the man off the hook without such similar character screening?
The backlash that the actress is facing is a classic example of why women don’t report such seemingly trivial cases of harassment in day-to-day lives. Because sadly, it has become commonplace in our society and something that we as women, are expected to simply smile and bear.

The case also mirrors a repeated pattern in patriarchial Indian society which tends to dissect a sexual abuse victim's language, dress, and occupation while giving the accused a free pass under the ‘Boys will be boys’ mentality. As in many cases all around the world, it highlights how people must prove that they are victims rather than the accused having to prove his/her innocence.

(Global Voices adheres to the highest standards when safeguarding identities of victims. Hence, we have refrained from mentioning the victim's name. However, her name is visible in social media posts, which were crucial for the story.)