Difficult Moments, Alleged Negotiations and Protests from the Latest Political Crisis in Peru 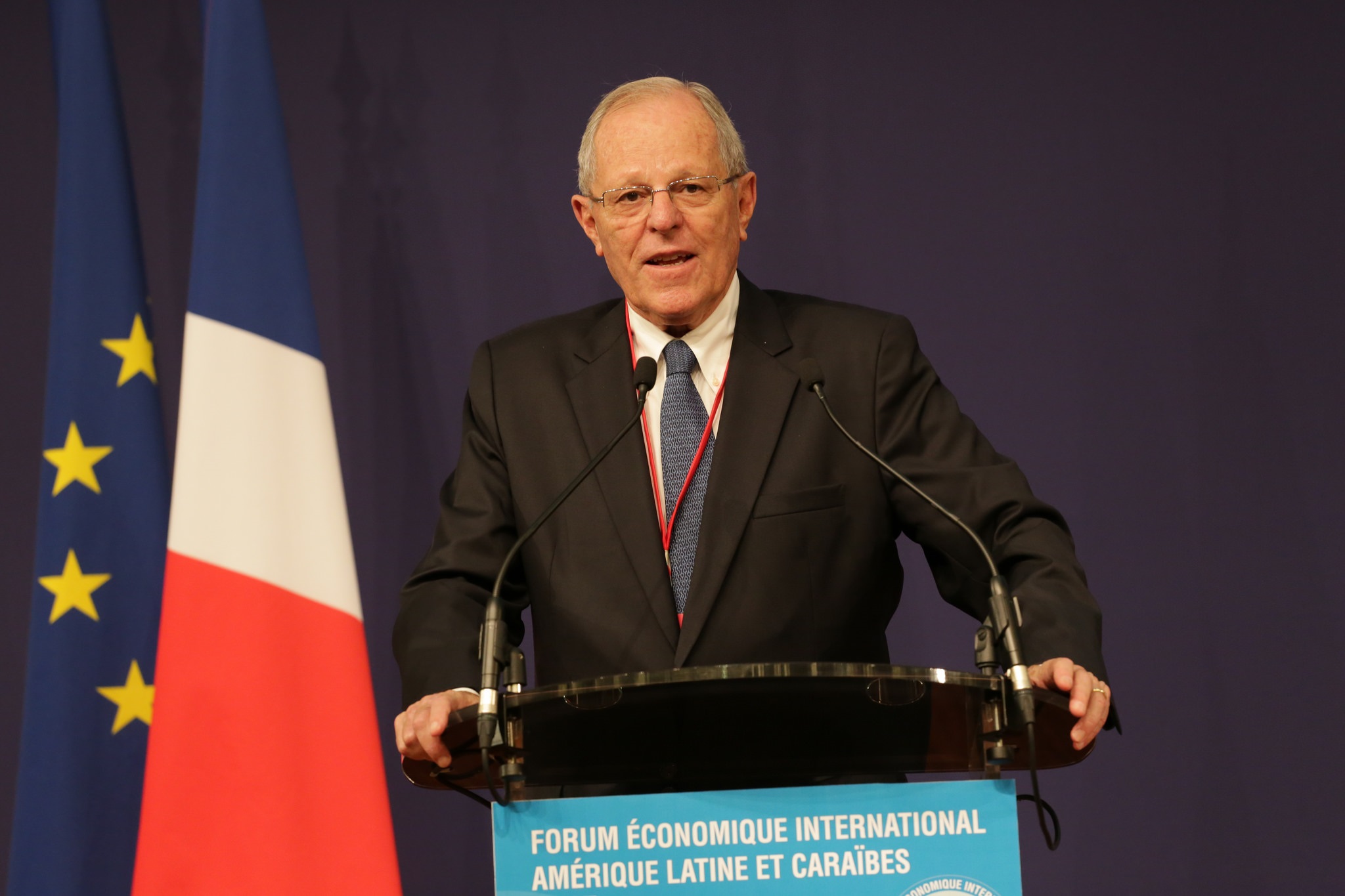 Peru closes 2017 with one of the most complex political crises in its recent history. Weeks of negotiations, corruption allegations, presidential impeachment attempts, debates, and even viral jokes have lead to a tense political environment in the country.

This tension culminated in mid-December when a group of opposition party Parliament members filed a petition to impeach President Pedro Pablo Kuczynski (also known as PPK) for his alleged ties with the corruption scandal, the Odebrecht case.

Odebrecht is a Brazilian construction company involved in several corruption scandals all over the region. An ongoing investigation, known as Lava Jato, (operation Car Wash) discovered several ties in money laundering schemes and bribing officials, some of them possibly tied to the Odrebrecht scandal. The motion to impeach the president came after documents were made public which showed payments from Odebrecht to two firms linked with President Kuczynski.

On 17 December, in a brief televised address, President Kuczynski said the motion to impeach was an attack on the constitutional order, calling it an “express impeachment attempt”.

Three days later, on the eve of the parliamentary impeachment debate session, the president addressed the Peruvian people again. In this second address, President Kuczyinski appeared alongside both his vice presidents, Martín Vizcarra and Mercedes Aráoz, stating that “neither [of the vicepresidents] want to be part of a government born from an unfair and anti-democratic move.”

Amid the complicated controversy, an uncalled-for statement made by Kuczynski's attorney, Alberto Borea, raised alarms on social media. During Borea's 2-hour deliberation, the attorney made references to diverse historical thinkers, such as Montesquieu, Aristotle and Raymond Aron. However, what stood out most was a reference to the popular comic character, Condorito. Literally meaning “little condor”, Condorito is a character that is well-known for the typical ending of his comic where he falls backward in confusion and surprise while above him a blurb reads “plop!”.

All what's been said by our young congressman that, by now, it's not worth refuting (…). He said that in this group (Popular Force), it's not normal to collect money from corruption. ‘Plop,’ just as in Condorito”.

The “young congressman” alluded to is Daniel Salaverry, a member of Popular Force, the main opposition group that received an overwhelming majority in the 2016 general election. Although the impeachment was requested by another group, Popular Force was vocal in its support for presidential impeachment. What Alberto Borea is implying here is that Popular Force does collect money from corruption.

Borea's comments received a lot of attention on social media, but the arguments employed by Congresswoman Yeni Vilcatoma in favor of the president's impeachment became a trending topic.

Vilcatoma made a reference to Chilean businessman Gerardo Sepúlveda, Kuczynski's business partner of who got in charge of his affairs while Kuczynski exerted as a minister during Alejandro Toledo administration (2001-2006). Vilcatoma highlighted Sepúlveda's Chilean origin several times and she also stressed the fact that Condorito, quoted by Borea, is also a Chilean:

What did the President do? Humiliate us as a nation in front of a Chilean (Gerardo Sepúlveda). Some poor devil that was sitting there at the president's table looking us all in the face (…). A Chilean guy fooled us all. The only thing his [Kuczynski's] lawyer [Alberto Borea] did was mention Condorito, and Condorito, ladies and gentlemen, is a Chilean, a Chilean! Where is the nationalism?

Condorito leaves Perú, after listening Vilcatoma!
Don't go! We do love you!

Symphonic version of “Condorito is a Chilean” by Yeni Vilcatoma (VIDEO).

The next day, Congresswoman Vilcatoma apologized for some (but not all) of her statements:

? Yeni Vilcatoma apologized to Chilean people after controversial episode about Condorito?
?️ “I regret and take back my words that might have affected Chilean people, my respect to them”.

Fujimori's pardon, a new chapter of the crisis

It is worth noting that ex-President Alberto Fujimori, in prison for various human rights violations during his tenure in office, received a pardon from President Kuczynski on 24 December 2017.

Keiko Fujimori, ex-President Alberto Fujimori's oldest daughter, ran against and lost the presidency to Kuczynski by just 0.24% of the votes. However, her party received 72 seats in a 130-seat Parliament.

On 22 December, just two days before Kuczynski granted Alberto Fujimori's pardon, Kenji Fujimori, Alberto's son and a current congressman, abstained from voting for the impeachment. Nine other representatives from Fujimori's group also abstained which eventually tilted the scales in Kuczynski's favor. The timing of these events has lead to rumors that Kenji Fujimori exchanged a vote abstention in return for his father's pardon.

The real House of Cards happened in Peru: Fujimori's daughter starts a process to remove PPK from office and her brother negotiates abstentions so president's impeachment doesn't succeed, PPK offers pardon in exchange for abstentions, Fujimori ends up being pardoned. Unbelievable.

For many people, the whole episode is just a metaphor for the closed-door negotiations that take place among political classes. Fujimori's pardon resulted in protests and confrontations between pro and anti-impeachment groups and also started a new stage in the most recent Peruvian political crisis:

Mr President:
With this pardon you are telling us all that no one should pay civil reparations, right? You've pardoned Fujimori without him paying a single cent for his debt.

Carlos Rivera, lawyer at Institute of Legal Defense, confirmed that familes of victims of crimes that got ex President Fujimori convicted will go to Inter Americana Court of Human Rights to ask for annul pardon that exempts him [Fujimori] to end his 25-year time in prison.