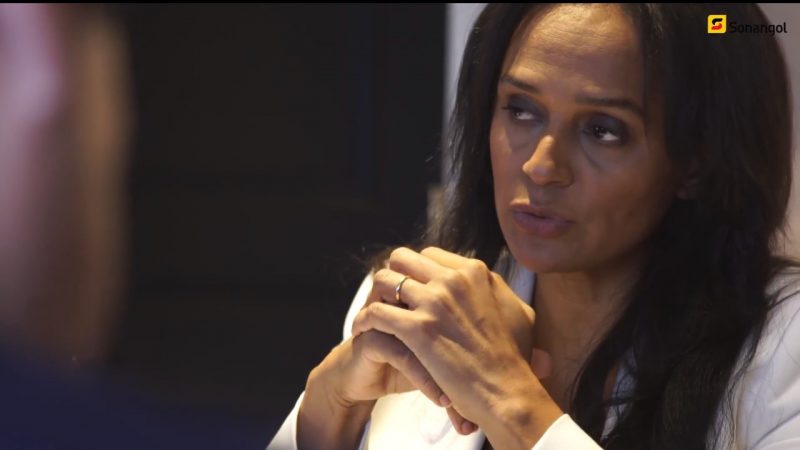 Since he was elected in August 2017, Angolan President João Lourenço has been making moves which have surprised the nation. In addition to changing military intelligence chiefs, he also dismissed Isabel dos Santos, daughter of the ex-president José Eduardo dos Santos, from the council presidency of the national oil company Sonangol.

In December 2016, Lourenço replaced José Eduardo dos Santos as the leader of the ruling MPLA party and assumed the country’s presidency after obtaining a parliamentary majority in the August elections.

José Eduardo was in power for over 35 years, a rule marked by human rights violations and restrictions on free expression, with journalists and critics frequently targeted. While now out of the presidency, José Eduardo continues to be a leader of the MPLA and, after the last elections, he joined the Council of the Republic, an advisory body to the president whose members enjoy legal immunity, leading many to conclude that he continues ruling from behind the scenes.

However, these speculations are now put in doubt in light of recent decisions by Lourenço, who appears to be attempting to consolidate his authority over the party.

Is this the end of an era?

In 2013, Isabel dos Santos was identified by Forbes Magazine as the richest woman in Africa, estimating her personal fortune at around 4.5 billion US dollars. Currently, she is the biggest shareholder of Unitel, the country’s largest cellphone operator, and of the local television network Zap. She is also involved in NOS, a telecommunications giant in Portugal, and has investments in international banks.

In Angola, many are commenting on what Isabel dos Santos’ dismissal means. Rafael Marques, a highly regarded local journalist and activist, thinks that her business career is finished without Sonangol:

Isabel dos Santos, now without Sonangol, is finished because all the Portuguese who supported her and conducted her public relations, including the press, were there due to the power that she derived from her father. Without this, Isabel will not be able to maintain her businesses, because they are businesses which were always nursed by the state and which did not follow standards of good governance. They are businesses which became dependent on Angolan public funds.

Viana TV posed a question asking people to give their opinion on the case. For Cristina Correia, it is a genuinely historic day:

Yet another unforgettable date for Angolans, 11 November the day of independence, 15 November goodbye to the Dos Santos family. It will stay in history.

For Leonel Mateus, the case is nothing more than plain political persecution:

This alone is not enough, these dismissals even seem to be persecuting people. If they are being dismissed for some unlawful act they should also answer to a court

There are those who see no real change without concretely enforcing accountability:

Pedro Emanuel Ferreira distanced himself from celebrating the dismissal of Isabel dos Santos and said that there are reasons to be proud of the former president’s daughter:

They talk so much, because it was good to make Isabel leave, now they will look at the work she did during her little time as PCA of SONANGOL. Angolans sometimes laugh, celebrate, throw stones, without really knowing what is happening inside.

For me, what is important is not if Isabel, the daughter of the ex-president, is working, let her work, how many have come in and embezzled, while nobody opened their mouth due to being who they are. A dismissal seems to be a festival of peace, everybody laughing.
She, though, herself showed work, according to the numbers.

A curious fact is that Isabel dos Santos launched a brand of beer days later in Angola, which led some to think that it was a way of distracting attention from the dismissal. This prompted Yuri Aiss to comment:

One of the quickest methods of destroying Angolan society, she still already knows Angolans’ weak point

For his part, opposition parties said the dismissal was a good decision and was welcomed:

UNITA, the biggest opposition party, considers the dismissal of Isabel dos Santos from the role of president of the Administrative Council of Sonangol to be “normal” and CASA-CE, the second most important political opposition force in parliament, called the decision of the President of the Republic “welcome”.