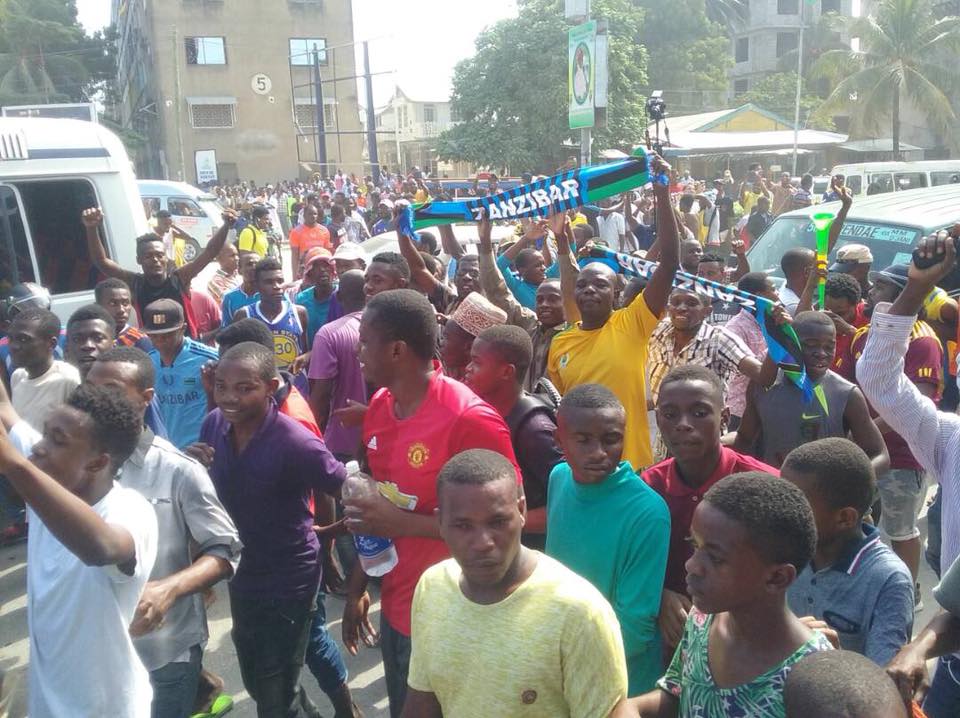 Zanzibar Heroes fans take to the streets in Zanzibar on Sunday, December 17 to celebrate their team making it to the finals against Kenya in CACEFA Senior Challenge Cup. Photo circulated widely on social media.

Despite Zanzibar Heroes’ narrow loss to Kenya’s Harambee Stars on Sunday, December 17, Zanzibari residents took to the streets to celebrate their team’s nevertheless strong performance in the final match of one of Africa's oldest football tournaments: the Council for East and Central Africa Football Associations Senior Challenge (CECAFA) Cup.

Located in the Indian Ocean, Zanzibar is a semi-autonomous archipelago of Tanzania but fields its own team in the annual CECAFA Cup competition. National sports teams often have devoted followings, but the youthful Zanzibar Heroes gave such an unexpected and inspiring showing throughout the 2017 Cup that the loss was still cause for jubilant celebration. Before the final showdown, Abuu, a 24-year-old avid football fan from Zanzibar said with a smile on his face:

We would be really happy if Zanzibar Heroes wins, why not? It’s our home place, we’d be so proud. But even if they don’t win tonight, we’re still proud. They are still winners.

In fact, many fans of mainland Tanzania's football team, the Kilimanjaro (‘Kili’) Stars, who just a few weeks ago saw the Zanzibar Heroes as their nemesis actually wished them well when they headed off to play in the finals against Kenya.

With a buzz in the air, some shops closed early on Sunday evening as Zanzibaris of all ages converged in pubs, clubs, storefronts, family living rooms and communal roadside televisions to cheers on the Zanzibar Heroes in this historic final game.

After a hopeful 2-2 tie against the fierce Harambee Stars, the game at Kenyatta Stadium in Machakos, Kenya went into a penalty and Zanzibar ultimately lost 3-2 to Kenya. The last time Zanzibar won the CECAFA cup was in 1995 against Uganda.

Online, people tweeted condolences and congratulations, offering up their hope to the Heroes:

Credit to #ZanzibarHeroes as well… Fantastic group of players and worthy finalists! ?⚽?… https://t.co/RW5HaO9spJ

The Heroes team had qualified for the final two days before, topping the Uganda Cranes 2-1:

Congratulations Zanzibar Heroes for qualifying the CECAFA Senior Challenge Cup final. U’ve shown the hard work, perseverance, and most of all ur love for Zanzibar.

December 15, 2017 is a date etched indelibly, happiness into the memories of Zanzibaris all across the globe.

No doping or witchcraft here

The Zanzibar Heroes were considered underdogs in the competition from the start. In fact, the team of youthful players shocked fans when it tore through several games against Rwanda and Kenya before beating Tanzania’s mainland team, the ‘Kili’ Stars earlier in December.

About that particular game, Vincent Opiyo of The Daily Nation reported on “Zanzibar’s desire and unending surge” through the second half, resulting in the win in the 79th minute of the game.

The Zanzibar Heroes’ performance was so fierce that some CECAFA officials suspected members of the team of using steroids and subjected them to a medical investigation.

Teammates Fesal Salum, Ibrahim Hamad, Suleiman Kassim ‘Selembe’, and Mohamed Issa ‘Banka’ agreed to be tested by medical doctors. Out of this group, three players had won the ‘man of the match’ in three different matches: Mohamed Issa in the Zanzibar versus Rwanda game, Ibrahim Hamad in the mainland Tanzania versus Zanzibar game, and Fesal Salum in the Kenya versus Zanzibar game.

All tests came back clean.

Yet, according to SDE Kenya, a Kenyan entertainment magazine, the team performed so well that several people on Facebook and WhatsApp groups even went so far as to speculate that the Zanzibar Heroes had used witchcraft to explain their incredible performances.

Is football a union matter?

Though Zanzibar plays with its own team in the CECAFA Cup, that doesn't extend to other competitions.

Since 2005, Zanzibar, with a population of approximately 1.5 million, has fought to gain access to FIFA (the International Federation of Football Association). Doing so would grant Zanzibar the right to vote on global football issues and allow its national team to take part in the 2022 FIFA World Cup Qualifiers. 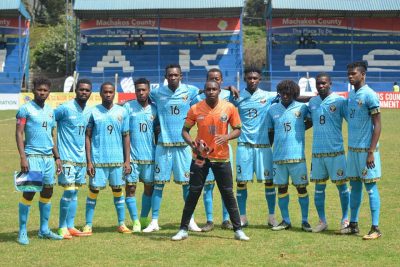 In March 2017, the Zanzibar Football Association (ZFA) gained recognition by the CAF (Confederation of African Football) as its 55th member under then-CAF President Issa Haytaou. Many were confident that FIFA membership would follow, with strong support from Tanzania Football Federation (TFF) President Jamal Malinzi.

With news of Zanzibar’s acceptance into CAF, residents cheered and celebrated on the streets in a big parade through the streets of the capital Stone Town. And in a subtle but significant move, the ZFA required all members of the Zanzibar Heroes team to ensure that their passports had been issued by the Zanzibar Immigration Authority and not stamped on the mainland.

But Zanzibar’s membership in CAF only lasted four months because in the end, Zanzibar is not an independent African nation. CAF’s new President Ahmad Ahmad explained in July 2017 that:

CAF cannot admit two different associations from one country and the definition of a country comes from the African Union and the United Nations.

In 1964, Zanzibar and mainland Tanzania merged as a union government under the United Republic of Tanzania. Zanzibar has its own government and laws but is still considered a part of Tanzania, voting in union-related elections as well as Zanzibar-specific elections.

The union has been a source of heated debate since its inception, raising difficult questions about nationhood, sovereignty, and power-sharing throughout the 50-year relationship.