For Those Seeking Refuge in Trinidad and Tobago, State Support Is Lacking 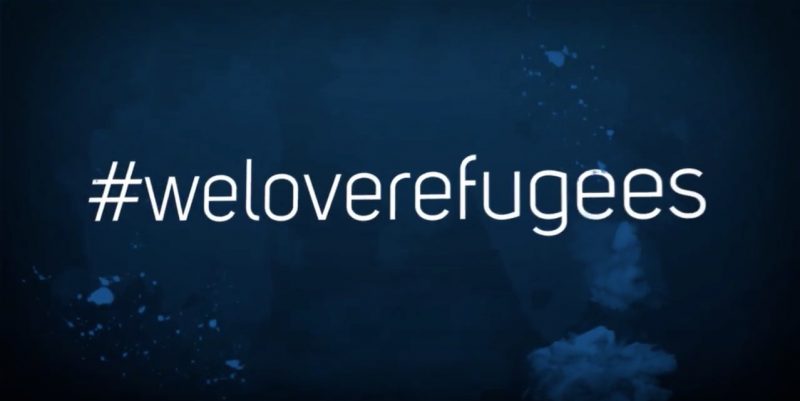 Screenshot from the YouTube video of the 2017/2018 Human Rights Law Clinic Schools Tour.

The history of the Caribbean is one that has always been rooted in migration. The First Peoples traveled from island to island to support themselves. The Europeans crossed the Atlantic for conquest and colonisation. Slaves and indentured labourers were brought to the region from Africa and India. And in the modern era, there has been movement throughout the islands in the spirit of the Caribbean Single Market and Economy (CSME), a development strategy that allows the free movement of skilled CARICOM nationals as a means of deepening regional economic integration.

The plight of migrants in Trinidad and Tobago has come into sharp focus recently thanks to the story of a group of Cuban migrants living on the street in an apparent protest outside the local office of the United Nations High Commission for Refugees (UNHCR). And as the crisis in nearby Venezuela deepens, there is growing concern that the Caribbean region will experience an influx of refugees as never seen before.

In an October 2017 article in the Forced Migration Review, authors Rochelle Nakhid and Andrew Welch gave some insight on the issue of asylum seekers and refugees in Trinidad and Tobago:

Asylum seekers and refugees in Trinidad and Tobago come from six main countries – Cuba, Venezuela, Syria, Bangladesh, Jamaica, Colombia and Nigeria – representing a mix of both regional and extra-regional refugees. Previously, the majority hailed from Cuba and Syria but as of 2017 Venezuelans became the second largest group of asylum seekers. However, refugees and asylum seekers also represent many other countries of origin such as Pakistan, Congo, Mali, Sudan and Uganda. More widely, according to UNHCR statistics dated March 2017, the number of refugees and asylum seekers in the Caribbean region rose by 50% between 2015 and 2016. The top ten countries of origin in descending order are El Salvador, Haiti, Honduras, Guatemala, Cuba, Venezuela, Colombia, Syria, Jamaica and Bangladesh.

Nakhid is the Coordinator of the Living Water Community's Ministry for Refugees and Asylum Seekers (LWC), which is an implementing agency for UNHCR and provides critical support for an ever-increasing number of people seeking safe haven in the country.

Under the Trinidad and Tobago Immigration Act, when asylum seekers register with UNHCR through LWC, the Immigration Division grants them an order of supervision with a reporting requirement. This allows asylum seekers avoid detention so long as they comply with the country's laws and seems a better approach than the previous requirement of paying a bond.

However, a recent case from the High Court of Trinidad and Tobago has indirectly called into question the legality of the current use of orders of supervision for asylum seekers and refugees. The stakeholders are due to meet to discuss the implications of this decision and to look at alternative solutions.

In its editorial of Sunday December 17, 2017, the Trinidad Express newspaper called for an update to the country's refugee policy:

It is one thing to declare doors and arms open to those in need, but the welcome needs to be anchored in an integrated and effective support system that addresses such matters as housing, education, physical and mental health, financial support and services of all kinds.

Instead of leaving them to fend for themselves with the support of family and friends, the State should have seen a critical role for itself in ongoing monitoring, support and facilitation.

‘Human rights are intrinsic to all human beings’

The perception that some refugees and asylum-seekers are responsible for increases in crime, decease job opportunities for nationals or are a “burden on the state” can lead to discrimination against and victimisation and persecution of displaced people in general.

Human rights advocates have been striving to change that perception in Trinidad and Tobago.

Attorney-at-law and human rights blogger, Jean-Marc Morris, commented on the issue from a human rights perspective:

Human rights are intrinsic to all human beings. The rights of all human beings, especially those most vulnerable, for example refugees, ought to be fearlessly protected. Thankfully, the general public here in Trinidad and Tobago has not resorted to the uninformed rhetoric that refugees and migrants are here to steal jobs and increase the crime rate. For the most part, it can be said that we have been very welcoming. Incorporating refugees and migrants into our society, many of whom are highly skilled professionals and experienced entrepreneurs, will undoubtedly have a positive impact on our society and economy.

But it has been reported that asylum-seekers and refugees have been abused, harassed and disrespected (even by the Trinidad and Tobago police), faced racial and religious discrimination, and been exploited as illegal workers in the underground economy.

The Cubans who are protesting outside the Port of Spain UNHCR office may even find that their actions have the potential to fuel the negative stigma associated with migrants. Nakhid, in a recent newspaper interview, said the Cuban refugees had an “excellent” lodging arrangement at the Mount St Benedict monastery, where they were paying TT $500 (about US $74) per month for eight to 10 people. However, they “took advantage of the situation” by being loud, having parties and being “disrespectful”, and were given two months’ notice to leave. Nakhid explained, “The group wants us [LWC] to do everything for them. We encourage them to be self-reliant.”

The article went on to say that a local spokesperson for the group told the newspaper that they received an interview with UNHCR recently, but they are refusing to leave until they see movement with the processing of their documents.

The contentious issue of accepting “foreigners” into the country is not a new one. After the passage of Hurricane Maria in September 2017, national debate sparked after the country's prime minister, Dr. Keith Rowley, offered accommodation to Dominican hurricane victims whose homes had been destroyed.

Educating the public about asylum-seekers

In 2017, the Human Rights Law Clinic of the Hugh Wooding Law School, which is is working with LWC on various projects to bolster advocacy on the issue of national integration of refugees and asylum-seekers, chose this issue as its central area of focus for the 2017/2018 academic year.

Among its projects are the creation of a cultural orientation curriculum for asylum-seekers; a website to provide critical information about seeking asylum as well as a secure space for migrants to obtain accommodation, health and educational opportunities; and a documentary exploring the difficulties involved in accessing schooling for migrant children.

Students of the clinic visited eight schools throughout Trinidad and Tobago to discuss — in a user-friendly format — the concept of human rights as it relates to those forced to flee their home country:

The law students also advocated for the rights of asylum-seekers and refugees on local television:

Finally, the future attorneys created a series of public service announcements in an attempt to dispel the misconceptions associated with refugees and asylum-seekers in Trinidad and Tobago. But while public education remains critical in the assisting persecuted migrants to assimilate into society, there remains a substantial responsibility on the shoulders of the state to ensure that national obligations are met:

Arguably, like any other State, Trinidad and Tobago should ensure that basic legal obligations are met and access to asylum facilitated, despite not yet having domestic legislation in place. It should provide humanitarian assistance to those in need in a way that respects the dignity and security of all persons. While putting its existing capacities and resources to use to effectively and efficiently guarantee the protection of refugees and all persons on its territory, its own limitations as a Small Island Developing State should be acknowledged, including its ongoing recession. Where Trinidad and Tobago falls short of being able to provide protection for the growing number of asylum seekers, the international community should consider how to provide appropriate, adequate support to ensure that those protection needs are met. The entire Caribbean could certainly benefit from additional international support.