Honduran Electoral Controversy Resolved, but the Crisis is Far from Over 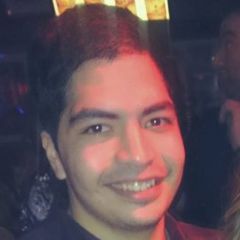 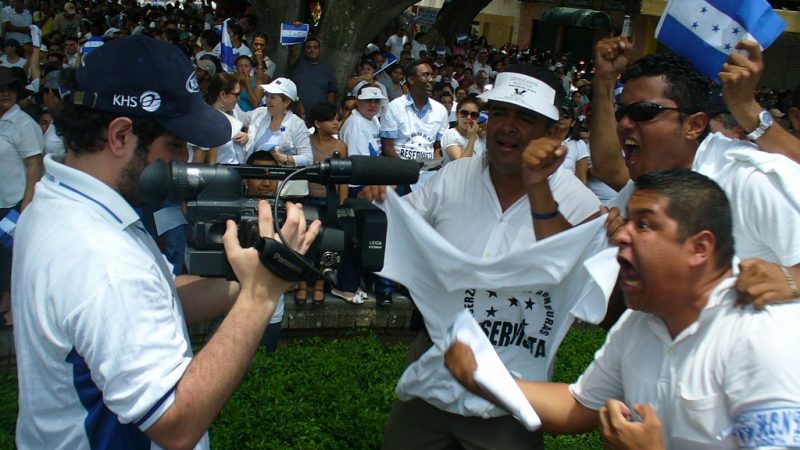 Hernandez's campaign had been contested by Salvador Nasralla from the opposition party who claimed to have won the election after a series of significant irregularities during the vote count. The recount process put the country in suspense for over a week.

Protests continue as Salvador Nasralla and his supporters claim to have won the elections and denounce fraud.

Since November 26, the day of the elections in which both candidates claimed to have won, the confrontation sparked massive demonstrations in which tens of thousands of Hondurans took the streets of Tegucigalpa and San Pedro Sula. Non-Governmental Organizations (NGOs) claim at least 16 people have died in clashes with security forces, 115 injured, and many protesters have been detained.

¡Yo vine porque quise, a mí no me pagaron! #FueraJOH#ladictaduravacaer#FraudeElectoralEnHonduraspic.twitter.com/s95HMt9F0l

I came because I wanted to. No one payed me.

Despite the recounting results, the election controversy has re-opened wounds that were not yet healed after the coup d'etat of 2009. Suspicion lingers in the air with strong allegations of irregularities both in the counting and the recounting process.

Salvador Nasralla, the 64-year-old television presenter who leads the Opposition Alliance against Dictatorship (La Alianza), a coalition of parties opposed to Hernandez, had called on his supporters to flood the streets to “defend the vote,” refusing to recognize the outcome of preliminary results.

During a curfew set to control the protests, security forces were amped up. International journalists were deported and protestors were killed (at least 16 people) in a series of crackdowns that were deemed “illegal and dangerous” by Amnesty International.

Parts of the security apparatus, notably the elite COBRA police unit, went on strike, refusing to enforce the curfew in a bid to stay neutral until the political situation resolved. At the same time, despite the curfew, people were banging pots and pans inside their houses in mass cacerolazos, a popular form of protest across Latin America, which then continue out onto the street:

This is the sound of pans in Tegucigalpa.

A divided society under the shadow of a coup

The contested election has plunged the nation into one of the worst political crises since the 2009 coup d’état, when former president Manuel Zelaya organized a referendum to authorize his running for a second term, which is prohibited in the Honduran constitution.

The Supreme Court ordered the Honduran army to expel Zelaya, a curfew was placed, and the crisis resulted in one of the worst human rights’ violations in Honduras’ recent history. As a result, the coup ushered in almost a decade of National Party rule in Honduras. The situation seems to repeat itself today, as Juan Orlando Hernández is also seeking to run for a second term in spite of the limitations set by the constitution, and also under the shadow of constant attacks on journalists, human rights defenders, and environmental activists.

In an interview with Upside Down World, Bertha Oliva, co-founder and director of the Honduran human rights organization COFADEH, believes Hernández has contributed to the consolidation of a dictatorship:

On one hand, he has absolute control of all of the institutions of the state. On the other hand, he has created and strengthened military forces. Instead of having schools, instead of having medical centers, instead of securing work and healthcare, what you have is more military units, more soldiers in the battalions, with very sophisticated weapons to fight as if we were in war. What we have also seen is (the creation of) detention centers, prisons, as well as other penitentiaries we call permanent torture centers. The people are in the streets because they can’t take it anymore. Because they denied people their rights.

For certain analysts, the crisis of Hondura's democracy has tight links with US influence. The countries are long-term allies, and this has been translated into aid to strengthen elite armed forces in Honduras as well as political alliances to control organized crime, drug trafficking, and migration.

In recent years, president Hernandez has been backed up by the United States in a “military-led crackdown” against gang violence.

Meanwhile, Honduran society is deeply divided. In contrast to other leaders who at least allude to unity, Juan Orlando Hernandez speaks only in terms of his own political party against the others. His campaign speeches have often included appeals to a “united blue front,” a reference to the color of the National Party, and seldom reaches out to everyday citizens.

Media outlets are similarly polarized, with the majority of organizations supporting the National Party agenda while a minority are staunchly oppositional, leaving no source that is widely trusted by both sides.

Supporters of La Alianza, Nasralla's party, accuse the other side of ushering in an authoritarian regime by hypocritically abandoning their previous opposition to re-election and having little regard for democratic norms and processes.

However, National Party supporters widely see Nasralla as a puppet of Manuel Zelaya, a central figure inside La Alianza, and frequently use Venezuela as a cautionary tale of what they say will happen if their leftist policies are enacted.