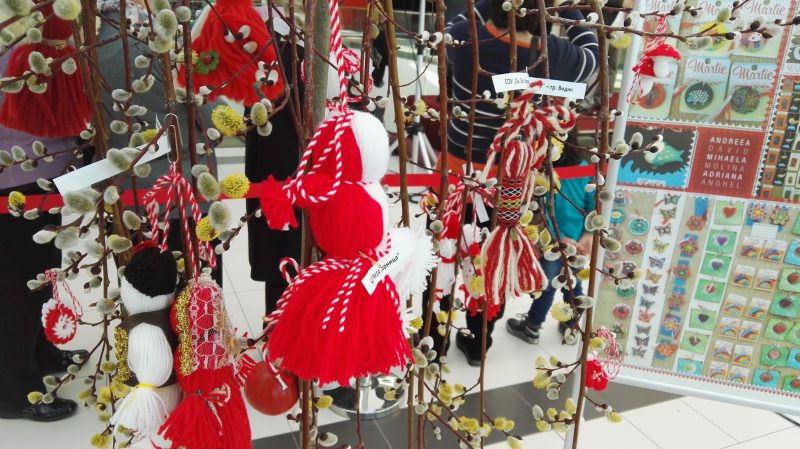 UNESCO has granted the status of “intangible cultural heritage” to a special custom linked to Balkan Grandma March Day. The day is a celebration of the approach of spring in South-eastern Europe. The tradition features the exchange and wearing of woolen red and white hand-bands and broaches.

The twelfth session of the Intergovernmental Committee for the Safeguarding of Intangible Cultural Heritage in December 2017 in South Korea affirmed this cultural practice. Macedonia, Bulgaria, Romania and Moldova had all requested the status in a 2013 application.

Cultural Practices Associated to the 1st of March comprise traditions transmitted since ancient times to celebrate the beginning of spring. The main practice consists of making, offering and wearing a red and white thread, which is then untied when the first blossom tree, swallow or stork is seen… The artefact is considered to provide symbolic protection against perils such as capricious weather, with the practice ensuring a safe passage from winter to spring for individuals, groups and communities. All members of the communities concerned participate, irrespective of their age, and the practice contributes to social cohesion, intergenerational exchange and interaction with nature, fostering diversity and creativity. Informal education is the most frequent means of transmission: in rural areas, young girls are taught how to make the thread by older women, while in urban areas apprentices learn from teachers, craftspeople and through informal education… 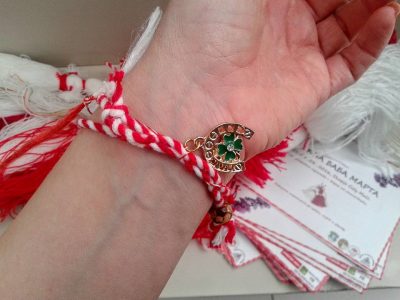 These hand-made amulets are worn as bracelets or pinned to clothing, and then hung on trees. They are known as martinki (мартинки in Macedonian), mártenitsa (мартеница in Bulgarian), mărţişor (in Romanian), martis (μάρτης in Greek) and verore (in Albanian). Ethnic Albanians wear them for the 14th of March as part of the Summer Festival.

Social media users from the four countries celebrated the news.

Congratulations, as it seems today in Korea, the inclusion in the @UNESCO cultural immaterial patrimony of the multinational application #Martinki- #Mártenitsa- #Mărţişor custom was approved!

The symbol of spring – the interlaced red and white yarns we wear every March, was listed on the Representative List of the Intangible Cultural Heritage of Humanity of #UNESCO. Typical for #Bulgaria, #Romania, #Macedonia and #Moldova. #martenitsa #Martisorul https://t.co/qqH9pWqotq

Alongside the Cultural Practices Associated to the 1st of March, UNESCO inscribed another Balkan custom on the Representative List of the Intangible Cultural Heritage of Humanity – the Spring celebration, Hıdrellez, practiced in Macedonia and Turkey.