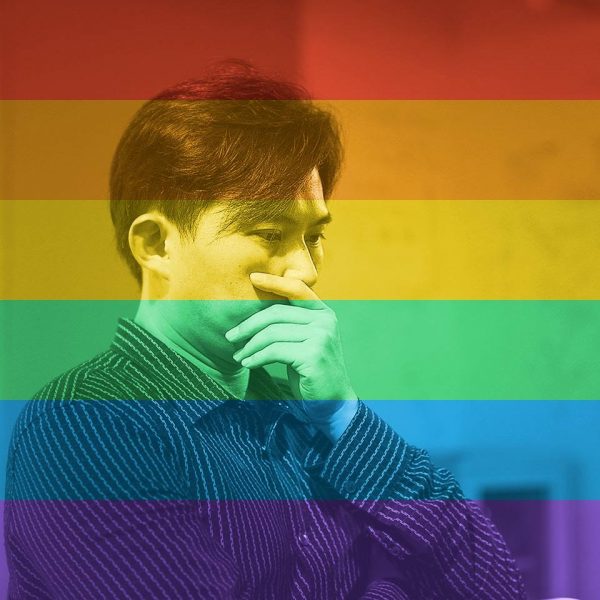 The legislator, Kuo-Chang Huang, is at risk of a recall because of his support for same-sex marriage. (Photo credit: Kuo-Chang Huang's facebook profile photo.)

Taiwan became the first Asian country to embrace same-sex marriage in May 2017 after its Council of Grand Justices ruled that regulations that prohibit marriage between same-sex partners are unconstitutional. The court asserted that the regulations violate rights to the freedom of marriage and equality among citizens and gave the legislature two years create new laws.

Yet the path of legal reform is rocky. Conservative groups are seeking a referendum campaign to recall legislators who are trying to enact the court’s decision. These recall election campaigns are mobilized by the Stable Force Alliance, composed of the Faith and Hope League, a right-wing Christian political party, and some significant members in the Presbyterian Church in Taiwan.

They are targeting, among others, the legislator Kuo-Chang Huang, the chairperson of New Power Party, the legislator of New Taipei City 12th district since 2016. Huang is a distinguished legal scholar and one of the leaders of the Sunflower Movement, which helped end the rule of the Kuomingtang in Taiwan. During his two years in the Legislative Yuan, he has investigated serious corruption cases. This work has angered other conservative political forces and corrupt politicians, who hope to bring him down.

Unfortunately for Huang and the same-sex marriage bill, current regulations make electoral recall easy. Nathan Batto, a political researcher, explains that before the recall election regulations were revised in 2016, they required a turnout threshold of 50% of eligible voters, which made a recall to be nearly impossible. Rules revisions removed the minimum threshold for turnout.

This raises the question that we keep asking since our Alliance was assembled: the Presbyterian Church's representative system has a problem.

The General Assembly keeps complete silence this time. It did not even say something like ‘we do not have consensus, and we hope citizens can evaluate the legislators by their performance, and we should pursue correct information for the love of God’.[…] The Presbyterian Church has been in Taiwan for 150 years, and it is not possible to be immune to corruption.[…] All reformation is power struggle. If the revolution does not succeed, young people will leave the Church.

December 17 update: Pro-same-sex marriage legislator Kuo-Chang Huang has survived the recall vote on December 16. Although there were more ‘Yes’ votes than ‘No’ votes, recall supporters were unable to mobilize 25 percent of eligible voters to pass the threshold for a recall vote. Based on the recall election regulations, recall supporters cannot apply for another recall election for Huang in his term of office.