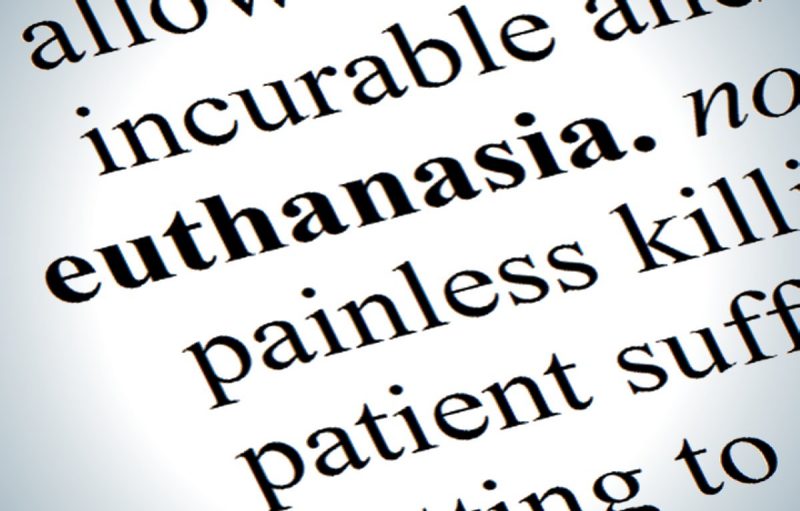 The Australian state of Victoria is the first in the country to have passed voluntary assisted dying [VAD] legislation. This historic decision by the Victorian parliament has been very controversial, with people divided over the question of euthanasia on ethical and/or religious grounds.

This is just part of the reason it has been a slow journey getting to this point. As far back as 1995, the country's Northern Territory had adopted euthanasia laws, but a year later the federal parliament, which has responsibility for Australian territories, overturned the Rights of the Terminally Ill Act. Recently, the Upper House of the New South Wales parliament rejected a similar bill by the narrowest of margins — 20 votes to 19.

A common feature of these parliamentary debates has been that the political parties have given their representatives a free or conscience vote on the bills before parliament.

At the start of the parliamentary debate back in October 2017, Benjamin Silvester summarised the background to the Victorian bill — and the key people involved — in a piece he wrote for The Citizen, an online publication of the Centre for Advancing Journalism at the University of Melbourne:

The laws would allow terminally ill Victorians to access lethal medication within 10 days of asking to die, following a process which includes three voluntary requests and two independent medical assessments. They must be over the age of 18, of sound mind, expected to die within 12 months and suffering in a way that ‘cannot be relieved in a manner the person deems tolerable’. The patient must administer the lethal dose themselves, but a doctor could deliver it in cases where someone was physically unable to do it.

The timeframe was eventually amended, with access being reduced from 12 to six months’ life expectancy (with some exemptions). The Upper House Legislative Council sat for 28 consecutive hours before passing the bill, with amendments that included the altered timeframe. The vote was 22 to 18. One government minister tweeted a long series of animated GIFs and short video clips about the process:

3rd Reading, passed, 22 votes Yes, 18 votes No, history is made in Victoria & Australia! It now gets sent back down to the lower house to accept the amendments we have inserted into the legislation #VAD #SpringSt #right2selfdetermination pic.twitter.com/E1A2JrgxFo

However, his humour was not appreciated by everyone:

Offensively disrespectful behaviour by @philipdalidakis tweeting jokes during VAD debate. Children should not be allowed to sit in parliament #springst

The Lower House Legislative Assembly went on to vote 46 to 37 in favour of the amended bill.

Her mother having died from symptoms associated with multiple sclerosis, Victorian Minister of Health Jill Hennessy has been one of the driving forces behind the legislation. Attorney General Martin Pakula paid tribute to his colleague on Twitter:

This woman. This star. Victorians will never forget what she has achieved in driving and delivering #VAD – so many others deserve credit, but none of it could have happened without @JillHennessyMP pic.twitter.com/kx8o2DzNn9

Another influencer has been veteran television personality Andrew Denton, who helped to found the organisation Go Gentle. Denton explained why he was advocating change at the Progress 2017 conference in Melbourne in June 2017, alongside fellow campaigner Jenny Barnes:

Vigorous opposition has come from organisations such as Right to Life, as well as religious groups that were keen to highlight stories counterbalancing Jill Hennessy's personal experience of caring for her dying mother:

Liz Spencer's husband would not be alive for an extra 18 years if #assisteddying had been legal https://t.co/7ED0xh1PHE #vad #springst #prolife #euthanasia #assistedsuicide #nswpol #wapol

Some Twitter users were less than impressed with the agitating of people like Lyle Shelton of the Australian Christian Lobby:

Today is the day a Parliament voted not to improve palliative care but to allow killing as a form of medical treatment. This must not spread to other states. #SpringSt #Auspol

Others tried to bring some light relief to the heated debate:

Just got a press release saying that the looming thunderstorms in Victoria are Gods retribution for legalising euthanasia #vad #springst ?

Palliative care and the future of VAD in Australia

One of the hot issues in the debate has been the role of palliative care. Some felt that this specialised medical care for the terminally ill was being forced by the “death culture” to take a back seat, while others maintained that palliative care was not capable of relieving suffering:

.@RobertClarkMP says that the #VAD law will leave 10,000 people to die in pain while catering to the approx 150 people that will access VAD. He also stated that Palliative Care is able to treat all pain. Which one is it? #Springst

The likelihood of VAD becoming law in other parts of the country is uncertain. There have been a number of unsuccessful attempts in recent years in other states to introduce comparable legislation, and the Australian Capital Territory (ACT) is going down a similar path to Victoria by establishing a multi-party parliamentary committee to look into end of life choices.

While any VAD laws that the ACT may pass could still be disallowed by the federal parliament, it seems that only one parliamentary member would be keen to do so: the former prime minister, Tony Abbott, is a conservative Catholic who campaigned vigorously against same sex marriage, and he has said that he hopes the Victorian laws will be overturned someday:

A future Victorian parliament should have the moral decency to repeal this euthanasia law. No one should be told that their lives are not worth living or that they’re a burden.1/2

In contrast, many have rejoiced in the recent progressive trend in Australian politics, linking the VAD laws and the 62% YES vote in the national same sex marriage survey: