What Future for the ‘Wikipedia Seagull’ on Kazakhstan's Brand New Banknotes? 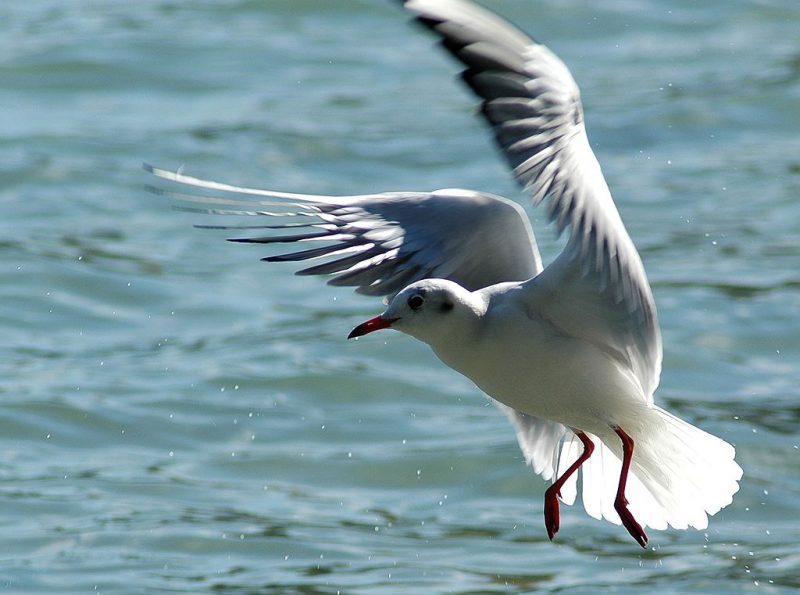 When representatives of authoritarian Kazakhstan's central bank are batting away copyright infringement claims with ornithological explanations it is a sure sign something has gone awry.

Marcel Burkhard, a Swiss photographer, is arguing that a seagull that appears on the latest version of a 500 tenge ($1.50) Kazakh banknote is a carbon copy of one he photographed over a decade ago. That photograph appears on the Russian-language Wikipedia article for “gulls” and is labelled as “an ordinary gull”.

Officials in the land-locked Central Asian country where Russian is widely spoken have failed to acknowledge copyright infringement despite a social media-driven outcry. But tellingly they have belatedly suggested that “with time” the design of the banknote will be changed. 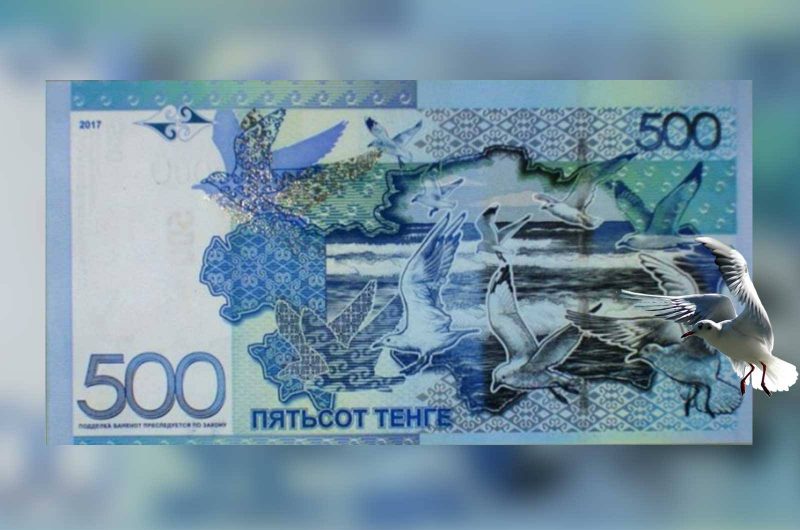 Mock-up of the gul photographed by Burkhard and the image that appears on the 500 tenge banknote. Image published on Zakon.kz and other Kazakh media.

On December 4, according to Kazakh media, Burkhard wrote on Facebook:

On Friday I received a message from a Kazakh social media user, [who said] that on a new Kazakhstan banknote there is a seagull similar to my photograph. I examined the banknote and, truly, it seems to be one and the same gull. To compare, I cut out the seagull from my photograph and inserted it onto [a copy of] a banknote. Every detail matches and for that reason I am confident that the image is one and the same.

Burkhard has called on the Kazakh central bank to admit to lifting the image of the black-headed gull, or Larus Ridibundus, and provide him with some form of compensation.

Global Voices did find at least one image online of a gull in a similar pose, albeit facing in the opposite direction to the one photographed by Burkhard.

But none of the birds that appear as top responses to a Google image search for the Larus Ridibundus resemble the 500 tenge gull quite as closely as Burkhard's.

In the weeks since the 500 tenge banknote was first presented to the public, central bank officials have provided several responses to the allegations of copyright infringement.

Back in November spokesman Alexandr Terentyev called the clamour around the gull “absurd” and accused Facebook users of making something out of nothing.

He also promised journalists the opportunity to “disassemble this gull, its origins, wing span, the angle of its head” at a future meeting with experts and the central bank's team of designers.

Another official at the bank opined that “the position and pose of the birds depicted on the banknote are characteristic of all representatives of this species of birds.”

By December 5, with accusations of plagiarism still doing the rounds on social media, the bank said the design of the banknote would change “with time” and that symbols for the banknote would be exclusively hand-drawn to prevent possible falsification.

There was no immediate confirmation that the seagull would be removed from the note, however.

Although it was largely the troublesome bird that caught the eye of Kazakh social media users, many were even more bemused to find out that a business centre called Moskva (Moscow) in Kazakhstan's capital Astana had found its way onto the same 500 tenge banknote.

Since when is MOSCOW a national symbol of ours? How did this image end up on a 500 tenge banknote? National currency is a representative of our statehood…How did [Kazakhstan's central bank] allow this private business centre that belongs to citizens of the Russian Federation to end up on our currency?

The furore over the new banknote in some way recalls massive opposition to an unpopular land reform bill in 2016 and disagreements over the new Latin alphabet introduced to replace its Cyrillic counterpart earlier this year.

While these three separate scandals differed in terms of their causes and consequences, they all highlighted the pathological inability of authorities to conduct public consultations before steaming ahead with controversial actions.

With an aged leadership and an autocratic system that offers few mechanisms for citizen feedback, more of the same should be expected.