The Health of Thousands of Filipino Children Could Be at Risk, Thanks to Sanofi’s Dengue Vaccine 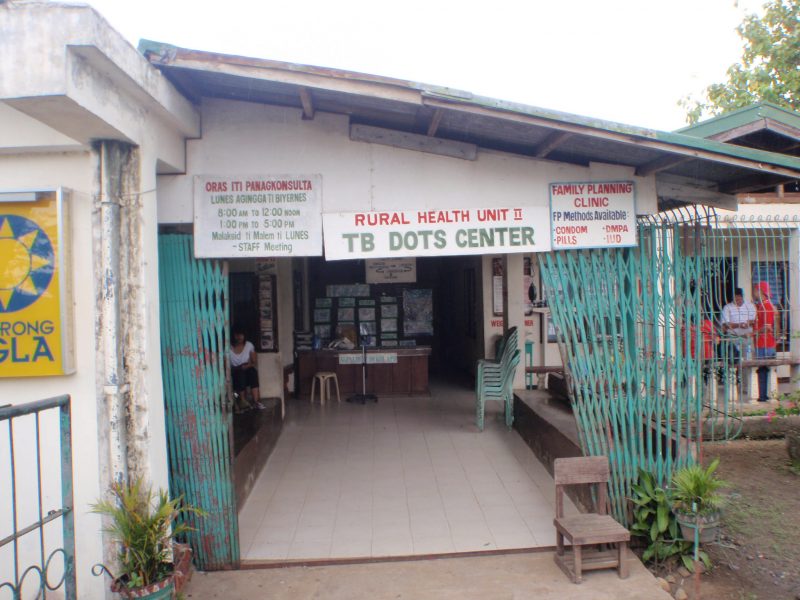 A rural health clinic in the Philippines. Flickr photo by Department of Foreign Affairs and Trade Australia. (CC BY 2.0)

More than 700,000 Filipino children were given dengue vaccine shots in 2016. But on November 29, 2017, French pharmaceutical company Sanofi Pasteur, which developed the Dengvaxia vaccine, said it should not be given to children who have not been previously infected by dengue virus.

In 2014, the world welcomed the news about the research breakthrough in developing a dengue vaccine. One of the countries which bought the vaccine from Sanofi Pasteur was the Philippines at a cost of 3.5 billion pesos (70 million US dollars).

Dengue is a tropical virus carried by the Aedes aegypti mosquito with no known cure. According to government statistics, an average of 200,000 cases of dengue are reported every year in the Philippines.

The Department of Health (DOH) began administering the vaccine to 733,000 public school children on April 2016. More than 200,000 children have been given three shots of the vaccine throughout 2016 and 2017.

But Sanofi Pasteur said its latest research found out that the vaccine could lead to “more cases of severe disease following vaccination upon a subsequent dengue infection” for persons who never had dengue in the past.

The analysis confirmed that Dengvaxia provides persistent protective benefit against dengue fever in those who had prior infection. For those not previously infected by dengue virus, however, the analysis found that in the longer term, more cases of severe disease could occur following vaccination upon a subsequent dengue infection.

For individuals who have not been previously infected by dengue virus, vaccination should not be recommended.

In a subsequent advisory, Sanofi Pasteur clarified that its vaccine does not cause dengue:

For those who did not have previous dengue infection before vaccination, the vaccine does not cause dengue.

The DOH immediately suspended its dengue immunization program. The government also stopped the sale, distribution, and marketing of Dengvaxia.

The World Health Organization said it supports the decision of the Philippine government to suspend the use of Dengvaxia. It added that it never recommended the vaccine:

The WHO position paper did not include a recommendation to countries to introduce the dengue vaccine into their national immunization programs.

But in an earlier statement, the WHO admitted that it made a “conditional recommendation” to use the vaccine:

The position paper makes a conditional recommendation on the use of the vaccine for highly endemic areas.

A Philippine senator, Joel Villanueva, demanded justice against the company: “Sanofi should also be made accountable for their haphazard release of the drugs without complete and proper clinical studies.” Meanwhile, another senator, Richard Gordon, accused the previous government of “railroading the procurement process” and called for a probe to determine the culpability of officials in implementing the dengue vaccination program. The new government assumed office on June 30, 2016.

Other senators wanted to verify if some dengue deaths are related to the vaccine.

At Blue Ribbon investigation into Dengue vaccine I sat next to parents of boy from Bataan who was given n died. 8/9 years old Lang yung Bata

At Blue Ribbon investigation into Dengue vaccine I sat next to parents of boy from Bataan who was given n died. The child is only 8/9 years.

Doctor and blogger Stef dela Cruz expressed her dismay that Filipino children were used as “guinea pigs” in developing the vaccine:

Checks and balances existed to ensure the safety of the people. Regrettably, these were set aside to ensure the vaccine was included in the formulary, approved for use, and procured with a multibillion price tag not even remotely proportionate to the disease burden it hoped to relieve.

What do we do as a people after we realize that our children have become deniable guinea pigs for an allegedly-corrupt experiment masquerading as a vaccine program?

Label changes are not enough. Adding salt to the wound, press statements that prioritized deniability over liability are a travesty of the apology we demand and deserve.

This tweet reflects the sentiment of many after Sanofi announced its latest findings about its vaccine:

Why just now… ? How about the thousands of children who were already given the vaccine? https://t.co/6v2tzz5GKS