Ashraf Ghani Gets Thumbs Down After ‘Anti-Women’ Headscarf Gaffe 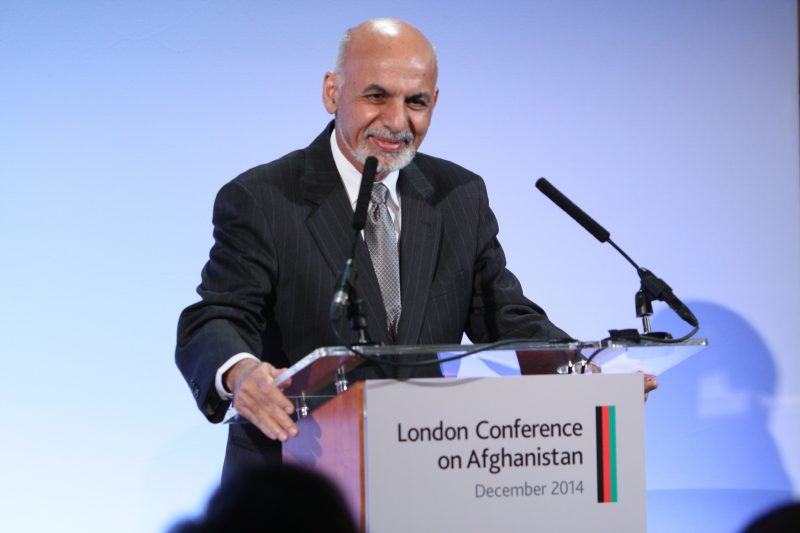 A sexist remark made recently by Afghanistan's President Ashraf Ghani has highlighted a powerful political culture of chauvinism pervading the national government while revealing cracks in Ghani's own self-image as a progressive.

Ghani has since been moved to apologise to women for comments comparing opposition politicians to women wearing a chaadar, the traditional Afghan headscarf.

During a long–winded speech on December 2 the president blasted opposition politicians that have accused high-ranking members in Ghani’s administration of collusion with the Islamic state.

The politicians must provide evidence, Mr. Ghani said, or “go home and wear the chaadar”.

The large crowd of military officers that formed Ghani's immediate audience applauded him, but on social media — which up to a sixth of the country uses according to some estimates — the reaction was far more mixed. Afghan women backed by male and female representatives of civi society, urged the president to apologize, branding his remark sexist and anti-women.

In Afghanistan, the insult “to wear the chaadar” is often used as a means of shaming men.

Fawzia Koofi, a member of Afghanistan Parliament and Chairperson of the Women, Civil Society and Human Rights Commission, wrote against the remark on both her Facebook and Twitter accounts.

Why wearing scarf z regarded an act of shame among so called elite politicians our political literature is still man dominated I was surprised to hear from @ashrafghani inviting those who can't proof their claim wear scarf as an act of shame.Am proud of my scarf as part of my ID pic.twitter.com/HH8qLfxUOc

Nahid Farid, a prominent women rights activist, also pointed out that wearing headscarf was no shame.

Regarding to latest remark of the President, Afghan women who wear headscarf are symbols of honor and dignity. It’s shameful to see such anti-women speech from a president who sourced 40 percent of his votes from women… Historically, it has been men, rather than those who wear the headscarf, who have put Afghanistan in flames.

The public backlash pushed Ghani to apologise in a statement released on Dec 3:

The president is a very prominent advocate of women’s rights and has taken unique steps to strengthen and preserve their position since his tenure as the president of Afghanistan…The use of the word Chaadar—scarfs in English—had been misinterpreted by oppositions to disturb public opinion. It never aimed to offend the highly valuable place of women in the country. Despite this, if emotions of Afghan women have been made regretful, the president apologizes to them.

Bahar Sohili, an Afghan woman, criticised the statement as insufficient:

Apologizing to women on Facebook is itself insulting Afghan women…I suggest we take off our headscarves to end gender inequality, because as long as women wear the headscarf, they will be treated as second class.

Ghani may also have faced censure from his own wife, Rula Ghani, a vocal champion of women's rights in the country.

Rula Ghani caused a stir shortly after her husband won a tightly contested presidential election in 2014 when she gave an interview to French media claiming she supported the ban on the fully covering niqab, or burkha, in France.

Ms Ghani, who speaks five languages and studied at the University of Columbia as well as in France, later said her critics had “taken the remarks out of context” and pledged her support for “family values`” in Afghanistan.