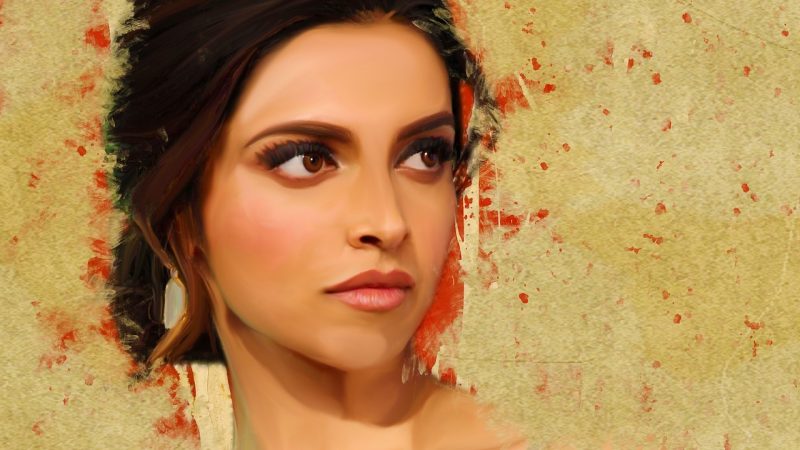 Digital art of Bollywood actress Deepika Padukone, the lead actor of the movie ‘Padmavati‘, who has a US$772,500 bounty on her head by a right wing politician. Image by Raheel via Pixabay. CC0 Creative Commons.

India's culture wars and vandalization from right-wing groups have wreaked havoc one of Bollywood's most awaited movies, ‘Padmavati‘, by Indian filmmaker Sanjay Leela Bhansali. This movie is estimated to be worth 1.9 billion Indian Rupees (29.3 million US$) and the producers of the historical saga have been forced to defer the release date owing to threats of physical assault, and an alleged bounty placed by a member of the country's Hindu nationalist ruling party seeking to behead the lead actress Deepika Padukone.

Other threats included chopping off Padukone's nose, burning her alive and beating up other actors in the movie. All the anger and protests are based on rumors which state the movie may show a relationship between a Hindu queen Padmavati and a Muslim ruler Allaudin Khilji, a rumor which has already been quashed by the film's production units and Padukone herself.

The chief Minister of the Indian state of Karnataka tweeted:

I condemn the culture of intolerance & hate perpetuated by @BJP4India .

Karnataka stands with @deepikapadukone .She is a globally renowned artist from our state.

I call upon the CM of Haryana @mlkhattar to take strict action against those holding out threats against her. https://t.co/d8rahml5MZ

Actress Deepika Padukone, who is at the centre of this row over “Padmavati”, has pulled out of the Global Entrepreneurship Summit (GES), an event whose inauguration on 28 Novermber will have US President Donald Trump's daughter Ivanka and Prime Minister Narendra Modi in attendance.

According to common belief and widely-accepted history, Padmavati was a character in the poem called Padmavat by Malik Muhammad Jayasi. Padmavati was a Rajput queen of Chittorgarh (which is currently situated in the state of Rajasthan, in the west of India). The queen was thought to have been beautiful and the Sultan of Delhi, Alauddin Khalji had requested a meeting with her where she simply showed her reflection through mirrors. The king of Chittorgarh, Raja Ratan Singh later fought a battle with the Sultan and lost, after which Padmavati immolated herself. 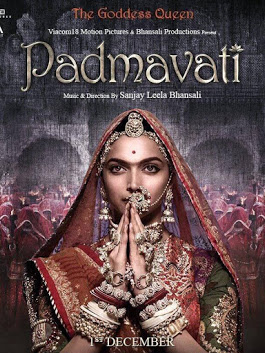 Poster of the movie Padmavati. Image via Wikipedia.

The current objection to the film is taken by Shri Rajput Karni Sena, a Rajput caste group at the forefront of those who condemn the content of the movie. Their argument against the film is that Padmavati, who was considered to be a Rajput queen, would be portrayed in a bad light and that would mean deferring from the historical account of her description. Additionally, this would distort the culture and religious practices and could possibly indicate a romantic relationship between the Rajput queen and Sultan Alauddin Khalji. Ironically, after the release of the trailer of the movie, only the Rajput and the Hindu have taken to the streets to contest the release of the movie while the Rajputs in the movie have been shown as regal and royal, and Sultan Alauddin Khalji has been portrayed as somewhat barbaric in nature. If the extreme criticism is to be believed, then it should be a reflection on the overall content of the period drama and not just certain aspects of it.

Suraj Pal Amu, the BJP leader who was responsible for the alleged bounty, mentioned in an interview with Indian Express that his ancestors hail from the state of Rajasthan and that he is not ready to compromise on Rajput pride.

The movie was due to open on December 1 but its producers postponed the release. Uttar Pradesh, Gujarat and Rajasthan states, all ruled by Prime Minister Narendra Modi’s BJP, banned it outright which was followed by protests and street revolts in the northern state of Haryana by Shri Rajput Karni Sena to get the movie banned there too. The filmmakers have provided tight security for Deepika Padukone and Sanjay Leela Bhansali, owing to concerns over these threats.

The issue and the divide in the political parties and the demand for the movie to be banned are somewhat reflective of the voters’ bank in the state of Gujarat and appeasing them, as the State elections lie just ahead of the release of the film.

The Government of Gujarat will not allow #Padmavati – a movie hurting sentiments of Rajputs – to get released in the State. We can’t allow our history to be distorted. We believe in freedom of speech & expression but any foul play with our great culture is not tolerated.

How else can we explain this baffling situation? A film has been made about a Queen we know through an epic poem. She is, in all likelihood, entirely imaginary, yet a film that shows Freedom of expression by the artists her dancing has angered some hate groups who demand that the film be banned and those who made it be harmed. This makes no sense. Dancing is what all of Sanjay Leela Bhansali's heroines do, regardless of historical appropriateness and context, and his operatic circus-ry has been hugely successful with audiences of late. Now, however, he has ‘hurt the sentiments’ of some idiots who unforgivably assaulted him on his set and have now, sadly, imperiled his massive December release.

The issue has gone past a mere debate of freedom of expression by the filmmaker and the artists involved and now has a larger applicability since the Indian filmmaker Sanjay Leela Bhansali has faced additional criticism for his earlier movies, one of which was also a period drama. The Bollywood fraternity and friends in Hollywood openly supported the filmmaker and actors of the movie.

I am in shock at reading what my dear friend is going through but in absolute awe of her strength and courage. Deepika you are one of the strongest women I know. https://t.co/wrEaO9WZA0

On 20th, Hindi cinema’s finest will gather for the @IFFIGoa inauguration. I hope someone has the courage to bring up #Padmavati. After all, what is the point of celebrating cinema at festivals if our artists can be threatened and bullied with such impunity?

Many condemned the protests and pointed out that there were much deeper and larger issues to be highlighted. This criticism was thrown on the religious groups, political parties and the media involved in the reporting.

I truly cannot fathom how #Padmavati and the role of a queen have enraged people to such an extent as if female feticide, massive amounts of rape and child marriage are lesser issues. Take a step back from your traditions and castes and look in the mirror.

How #Padmavati row helped BJP to divert people's attention from these issues….

However, many filmmakers and actors find themselves at the centre of protests and are subject to threats which have increased, not only with Bollywood movies but also Marathi movies and international movies facing similar criticism, most being rejected or removed from the screening list of International Film Festival of India (IFFI). The Padmavati issue not only highlights freedom of expression, but also extreme pressure from certain sects of society and how religion, caste and emotions are considered to be brownie points by political parties even in a secular country like India.