Fashion, Faith and Culture Come Together Through the Global Art of Head Wrapping 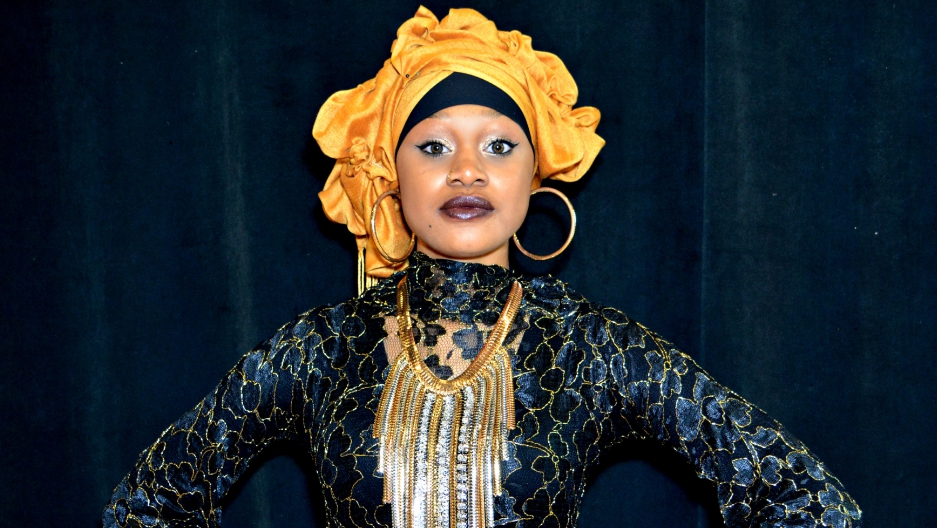 Model Aliyyah Abdul-Raul wearing designs from Ohio-based designer Chimiwear poses in front of the camara at a past Beautifully Wrapped Headwrap Expo. During the event, fashion shows take place every hour and features different looks from designers. Credit: Courtesy of Felicia Tolbert

This story by Frances Kai-Hwa Wang originally appeared on PRI.org on October 27, 2017. It is republished here as part of a partnership between PRI and Global Voices.

There’s no shortage of glam at a yearly fashion show in the US state of Michigan where men, women and children glide down a runway while music booms in the background. But what sets this catwalk apart is the celebration of modest and “fly” looks. The models, wearing colorful headwraps or headscarves, are showcasing sleek and stylish clothes without showing skin. Near the runway, there’s a cacophony of color as vendors display fabrics, art and jewelry from around the world.

At the center of it all is Zarinah El-Amin Naeem. The native Detroiter and anthropologist created the yearly event bringing together groups with traditions of covering one's head. This includes Sikhs, Muslims, Jews, Black Hebrew Israelites, Orthodox Christians and African Spiritualists.

El-Amin Naeem says the Beautifully Wrapped Headwrap Expo brings people of diverse backgrounds under one roof to share ideas and learn from one another.

“Real people talking face to face, not just reading about each other, is key to our moving forward as a society,” says El-Amin Naeem. 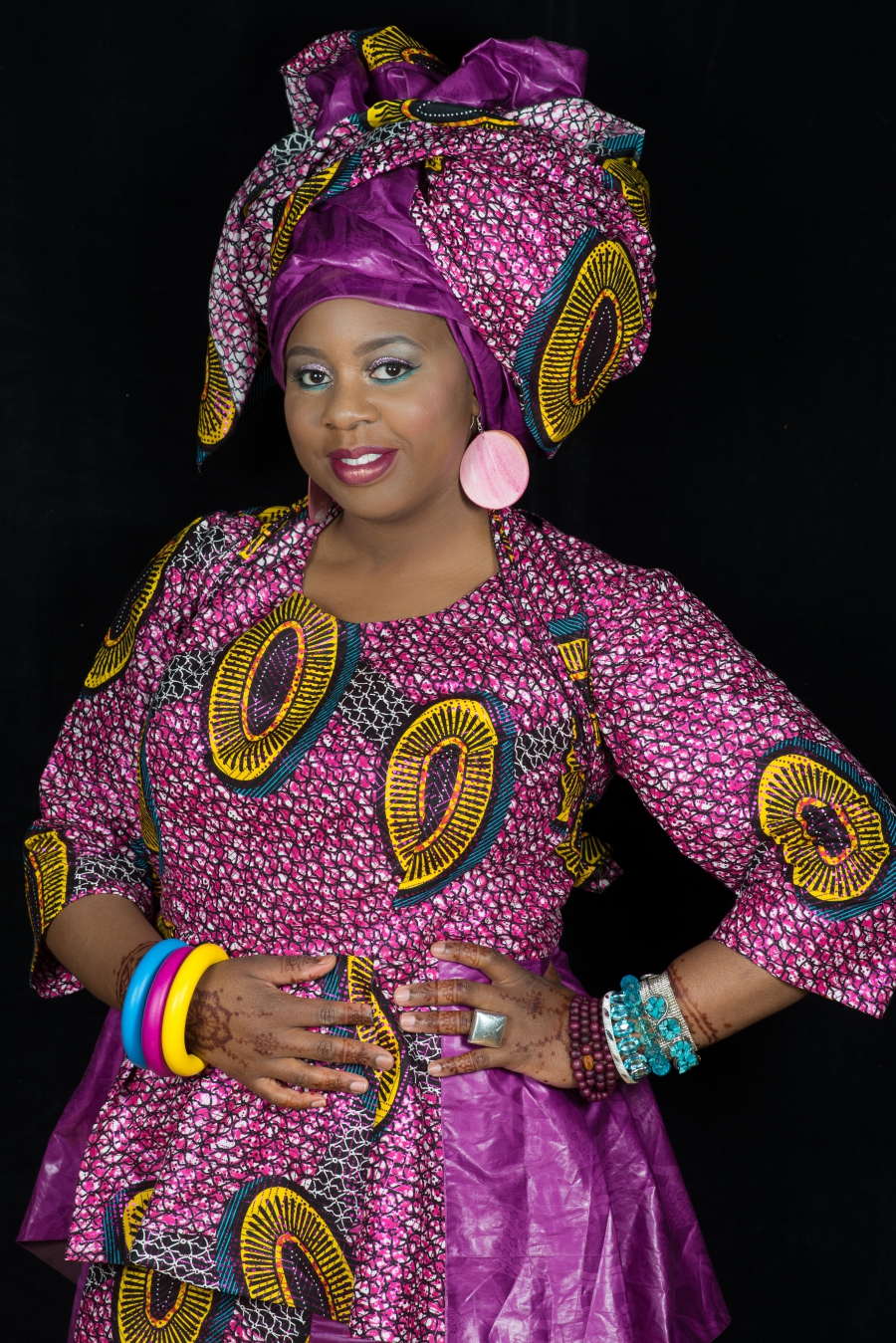 Anthropologist Zarinah El-Amin Naeem wrapped her head as a young woman for style and later as a way to express her religion. After extensive traveling, she realized that there are many cultures around the world that traditionally cover the head. Credit: Courtesy of Felicia Tolbert

She herself wraps her head in bright fabrics and her signature is the “tall tower” look, which can add as much as a foot to her height. When she was younger, El-Amin Naeem wrapped her head off and on simply because she liked the styles. But after her junior year of college at Howard University in Washington, DC, she began wrapping every day as an expression of her Muslim faith.

It was, she says, “a way to visually identify as a Muslim woman. There were a lot of Muslim women who covered and I enjoyed the fact that people were able to see they were Muslim at a glance.”

People, she found, began to treat her differently. While traveling outside of the US during college and while working in international development in Egypt and Sierra Leone, El-Amin Naeem discovered how many cultures around the world wrap their heads and the great diversity in headwrapping styles. Her headwraps became a way of opening the door to conversations with other people.

“As an African American Muslim woman, and a traveler, I noticed the curiosity in my wraps,” El-Amin Naeem says. “People would stop and ask me how to tie them, where I got the fabrics, why I wore them and more. I started doing little impromptu workshops in bathrooms, and that grew into formal workshops at libraries.”

El-Amin Naeem eventually created Beautifully Wrapped, an international and interfaith organization with the goal of building love and humanity through the global art of headwrapping.

Since 2013, El-Amin Naeem has organized the annual headwrap expo, which attracts hundreds of men and women around the US. This year's event will be on Oct. 29 at the Ford Community & Performing Arts Center in Dearborn, Michigan.

“Broadening the understanding of the practice [of headwrapping] is important because women's dress, and in particular Muslim women's dress, has been politicized so much in today's world,” says El-Amin Naeem. “Many Muslim women feel like it is a burden that they and only they bear. However, when you see the full scope of the head covering practices, it causes you to wonder why one group — Muslim women — have been the focus of this debate.”

For many, according to El-Amin Naeem, the expo is a chance to learn something new — from unique textiles to fresh looks. There are tutorials, an artisan’s market for fabric and the hourly fashion shows featuring about a dozen designers.

“For some, it is their first time wrapping. For others they feel stuck and just want to try a new style,” she says.

The expo is also a place for groups to ask questions of one another and build relationships. Last year, Princess Anne Oluwaseun Besimen-Akinfenwa with the Odua Organization of Michigan gave a presentation about the Yoruba culture in West Africa.

“I took away so much from other panelists,” she says. “I got a better understanding of head covering in the Sikh tradition.” 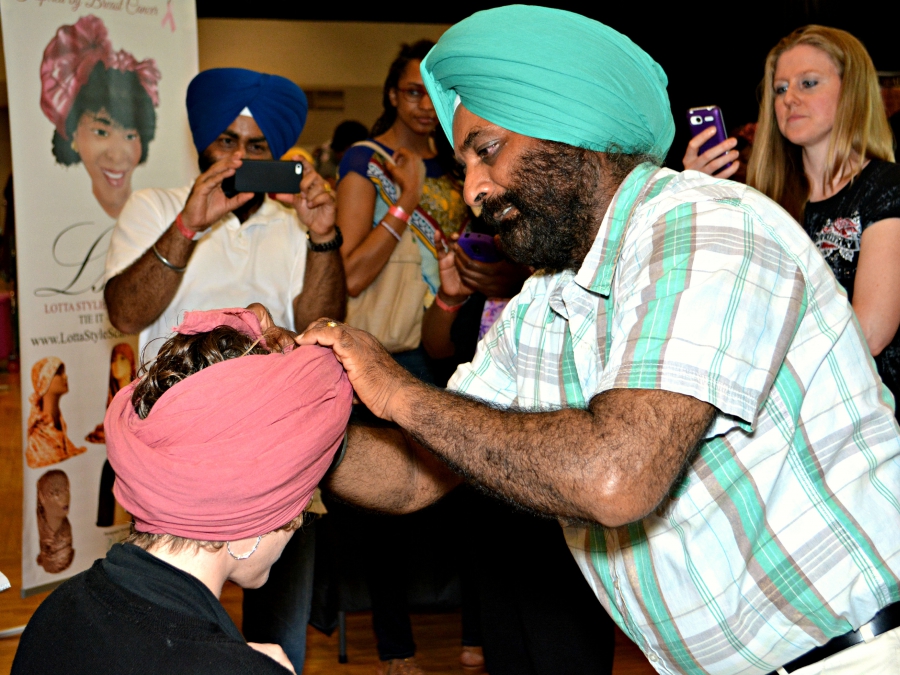 During a Headwrap Expo, a Sikh man is showing the crowd how to wrap a dastar or turban. Credit: Courtesy of Felicia Tolbert

Aside from learning about differences between traditions, there’s also an opportunity to relate to one another — especially because covering one’s head today can sometimes spur suspicion or criticism.

“In a way, covering for many affords you the opportunity to express yourself, but it can also make just traversing life a bit more difficult,” says El-Amin Naeem. “I always say that to cover your head in a society that does not value the practice, you must have a bit of backbone. You are no longer invisible.”

Andrea Grinberg is a professional cellist and owner of Wrapunzel, a website for women who cover their hair. Grinberg is Jewish and remembers one year at the expo when a Muslim man approached her after a presentation saying he was surprised by the many similarities between Grinberg’s faith and his own.

“I’ve never even met a Jewish person before,” the man told her.

“And that’s really what it’s about,” says Grinberg. “I know Zarinah really aims to facilitate conversations.” 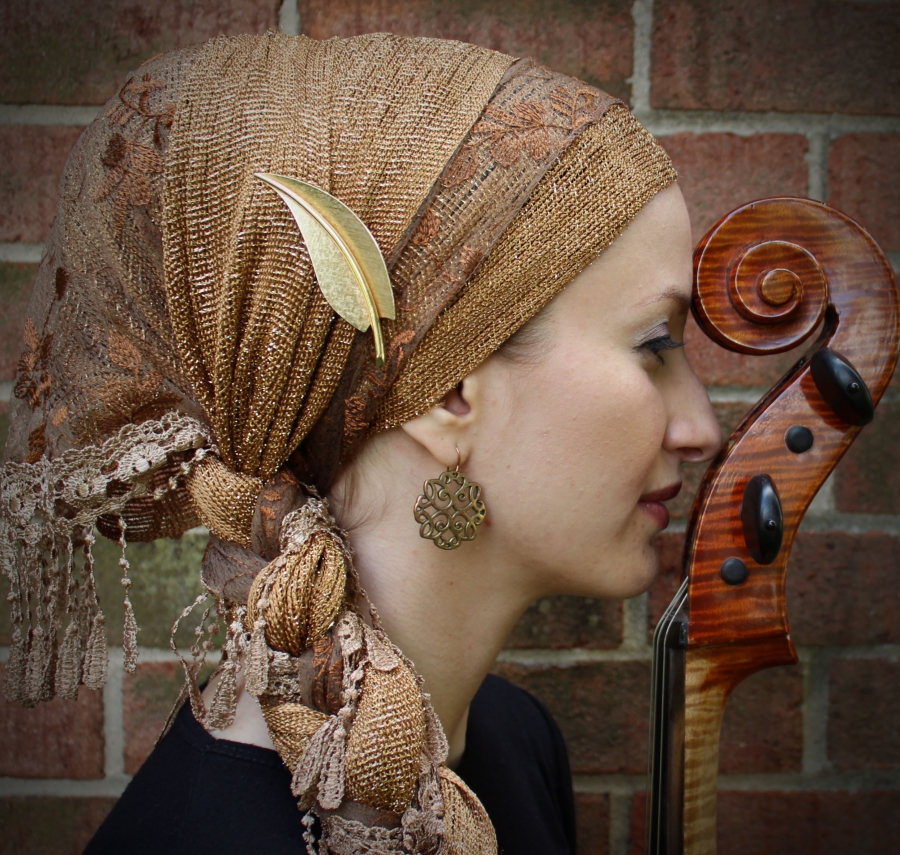 Cellist and Jewish hair wrapping instructor Andrea Grinberg is pictured in the Beautifully Wrapped annual calendar. Grinberg runs an online community called Wrapunzel, where women who wear headscarves can connect with one another. Credit: Courtesy of Yonatan Grinberg

During another year, after the Nation of Islam performed a stepping routine, there were some concerns from members of the Jewish community that the performance seemed military and political in nature. But the two groups spoke, Grinberg says, and learned that the movements were supposed to empower women and were meant to be done in private rather than as a public performance.

“If these [different] sorts of people can really come together and have such a great time together, then anything is possible,” says Grinberg.

As a vendor, Grinberg says she appreciates the opportunity to engage with people directly, along with learning about different styles of headwraps.

“There’s a real feeling when you go to the expo, that it’s fashion, it’s culture, it’s fun, it’s beautiful, and everything, but there is really something deeper going on. And I don’t think I’m the only one who feels that when I walk there,” says Grinberg.

Every year, Beautifully Wrapped publishes a wall calendar featuring images of  women from different backgrounds who cover their heads. El-Amin Naeem also created Niyah Press, which helps people disseminate stories not normally heard in the mainstream, and Enliven Your Soul, which takes groups of women on cultural tours to places like Morocco and Indonesia. For her next act, she's raising money to create a traveling mixed-media exhibition that will take conversations about fashion, faith and culture out to communities across the US.

“We have to consistently build up our community armor and as a whole say we care about each other's well-being, we love each other, and we are going to have to work through our differences,” says El Amin Naeem.