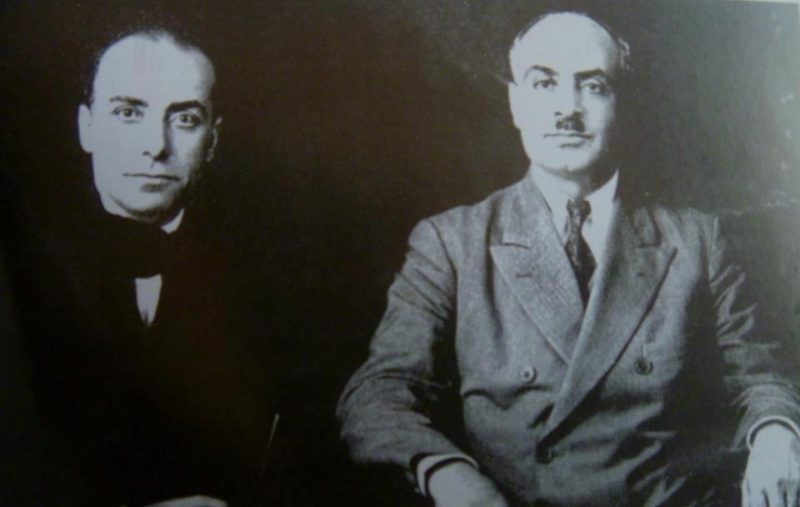 The following is a partner post from EurasiaNet.org written by Joshua Kucera. Republished with permission.

A Russian state television station has apologized after airing a segment about an Armenian war hero's collaboration with Nazi Germany.

TV Zvezda, a station affiliated with Russia's Ministry of Defense, ran a feature on November 19 about Garegin Nzhdeh, a controversial Armenian nationalist figure. Nzhdeh fought against the Bolshevik takeover of Armenia in the aftermath of the Russian Revolution, and then later allied with Nazi forces in World War II against the Soviet Union.

The hostess of the program, Veronika Krasheninnikova — a senior official in the ruling United Russia party — noted that a statue of Nzhdeh had been erected in Yerevan in 2016, and connected his valorization with Armenia's growing ties with the European Union.

“The association with the European Union is not the only thing Armenia is doing like Ukraine — it's difficult to believe, but Yerevan also is valorizing fascist collaborators,” she said.

Krasheninnikova referred to Nzhdeh as “Armenia's Bandera,” referring to the Ukrainian nationalist Stepan Bandera, who also collaborated with Nazis and also has become a hero to many in Ukraine today. And she compared the insignia of the ruling Republican Party of Armenia (RPA) to that of the Nazi Third Reich.

This is just the latest in a series of historical disputes between Armenia and Russia, which have also touched on the Stalinist purges of 1937 and an effort to remove the names of Bolshevik heroes from Yerevan's streets.

But the comparison of Armenia with Ukraine is especially explosive coming from Russia, which has relentlessly exploited contemporary Ukraine's heroization of nationalist, and occasionally fascist, figures as justification for its multi-pronged attacks on Ukraine.

But Armenia is no Ukraine — it is one of Moscow's closest allies, and hosts a Russian military base.

“Garegin Nzhdeh is one of the greatest heroes of the Armenian nation and monuments to him should be erected not only in Yerevan, but also in different parts of Armenia,” Eduard Sharmazanov, a spokesman for the RPA, told RFE/RL. “Armenia is a sovereign country and will decide itself whose monuments to erect.”

Sharmazanov added that the comparison of his party's logo to Nazi symbology was “ridiculous and politically blind.”

TV Zvezda quickly backed down, apologizing and removing the segment from its website.

“In a segment devoted to relations between Armenia and the European Union, hostess Veronika Krasheninnikova provided incorrect formulations and assessments with respect to Armenia,” Zvezda's president wrote in a letter to Armenia's ambassador to Moscow, Vardan Toghanyan. “We offer our apology for the mistake.”

A spokesman for the embassy, Levon Torgomyan, said the television station leadership told them that “it was an error and a misunderstanding” and expressed hopes for “neighborly relations going forward.”

Krasheninnikova has in the past appeared to be a booster of Azerbaijan, Armenia's foe. Last year she gave an interview to the website Vestnik Kavkaza in which she fawned over Azerbaijan's successes under President Ilham Aliyev. “Azerbaijan will be a prosperous country with a close military-political and economic alliance with Russia,” she predicted.

Azerbaijan has followed the controversy over Nzhdeh with evident glee; the Azerbaijani media closely covered the story of the TV Zvezda report and Foreign Ministry spokesman Hikmet Hajiyev has spoken at length on it. “Nazi propaganda has become a state policy in this country [Armenia],” he said in an interview with News.az. “Armenia's national ideology based on racial chauvinism formed by Nzhdeh Garegin is today the ideological trend of the ruling Republican Party of Armenia and, ultimately, the Armenian government.”

Geopolitical cynicism aside, Nzhdeh is widely considered to be a questionable figure to lionize. And historians do place his legacy, and recent rehabilitation, in the same context as Ukraine and other post-Soviet states.

“All post-Soviet countries are rewriting their history at the moment. Those who were heroes are now enemies; former enemies, even fascists, are now heroes,” said Armenian-American historian Ronald Grigor Suny in a recent interview. “This is happening in the Baltics, and in Armenia. Some people who collaborated with the Nazis, such as Garegin Nzhdeh, are now considered heroes.”

And Efraim Zuroff, director of the Simon Wiesenthal Center office in Jerusalem, objected to the statue Yerevan erected to Nzhdeh last year.

“The fact that they built the statue is quite outrageous,” Zuroff told the Jerusalem Post after the statue was put up. “We must object to any glorification of individuals who fought with the Nazis or extended any assistance to the forces of the Third Reich.”

Zuroff connected the statue of Nzhdeh with “roblematic phenomenon in Eastern Europe at the moment in which history is being rewritten to minimize local collaboration with the Nazis,” the Post reported.

“This is therefore an unfortunate mistake and is an insult to the victims of the Nazis and all those who fought against the Nazis,” Zuroff said.