‘I Felt This Happiness in My Skin and Bones': Domestic Football Thrills Afghanistan 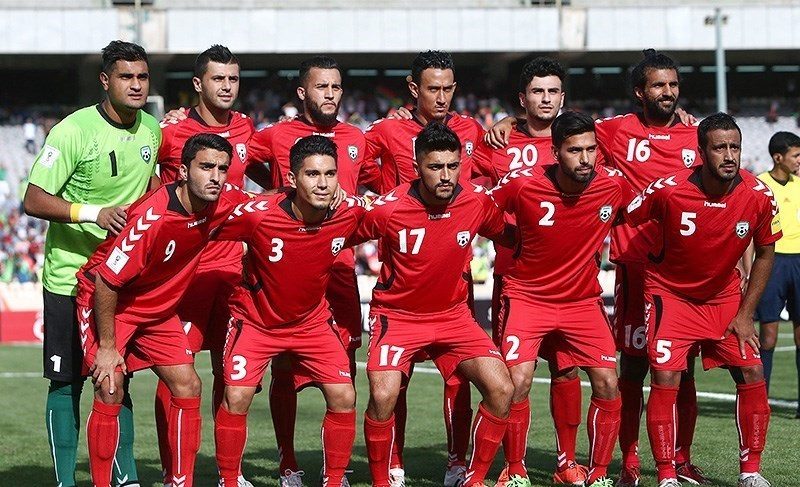 In the end, the final of the Afghan Premier League’s (APL) championship was more of a night party than a sporting spectacle.

That isn't to say that the match last month pitting Shaheen Asmayee from Kabul against De Mainwand Atalan from Kandahar was not good viewing. Few national titles are decided by seven-goal thrillers like this one was, and both teams played their role in fulfilling the festive atmosphere in the stadium.

But fans of the defeated De Mainwand Atalan team still headed away from the October 27 tie with the understanding that the game was about so much more than a scoreline. Less than two decades ago, the Taliban used football stadiums to stage public executions. Nowadays, with the Afghan Premier League completing it sixth season, they are being used for football again.

Mujib Mashal, a fan of De Mainwand Atalan, thanked the organizer team for “lifting up the people” on Facebook after his team lost 4-3 in a game that went into extra time.

Last night’s Afghan football final was a huge success regardless of who won. A sold out crowd cheered for 2 hours straight @AfPremierLeague pic.twitter.com/hBsGXFe5SD

Journalist Marjan Asadullah even tuned in from Canada:

Farhad Darya, an Afghan pop star, who sent the stadium into raptures with a vibrant live performance, told TOLONews that he had felt “this happiness in my skin and bones.”

“In today’s match two teams played, but it had one winner and that was Afghanistan,” said Darya.

Global Voices looks at the key facts behind Afghanistan's re-embrace of the world's favourite sport.

More than eight decades of football, but with lots of interruptions

In Afghanistan, football has gone through a long journey. The Afghanistan Football Federation (AFF), was established in 1933 and became a member of Fifa in 1948. The national team played at the London 1948 Olympics, and was named as part of the Asian Football Confederation in 1954.

But Afghan football suffered during the civil war that broke out after the Soviet invasion of the country was repelled in 1989. Football was subsequently barely tolerated during the Taliban era (1996-2001), when the country's main stadium was turned into an execution place.

Reintroduced with a helping hand from reality TV

After the Taliban was toppled, football re-emerged with support from international donors. FIFA has invested $1.5m into the country since 2005. The German Football association and English Premier League have also been involved, while the Japanese government has paid for the floodlights used in the league.

The Afghan Premier League (APL) itself took shape in 2012 with help from a reality TV show. Maidan-e-Sabz, or Green Field, was produced by Moby Media Group in partnership with the Roshan telecommunications company for privately-owned Afghan broadcaster TOLO TV. The show was essentially a talent contest that scouted players for the new league. Since then, the clubs have done some scouting themselves.

Every region represented, but games take place in Kabul

Eight teams play in the league, with each team representing one of the country’s eight main regions. Each team is financed by the Afghanistan Football Federation and its partners including Roshan Telecommunication Company and Hummel International.

The players receive a daily allowance of around $12. The matches are all played in Kabul, since logistical and security challenges make travelling around the country difficult. After four teams qualify from two groups consisting of four teams each, semi-finals and finals follow. This year's seven-goal final was more dramatic than most!

In the shadow of the Taliban

There are around 25 women's teams at different levels of the sport. They play in Kabul, fully covered in line with Afghan traditions. The women's national team regularly competes in the South Asian Football Federation cup and has reached the semi-finals of the tournament before, but failed to get out of the group stage at last year's version in India.

Politicians have more love for football these days….

Afghan footballers have won praise from the highest echelons of the state. Chief Executive Abdullah Abdullah attended the final match in October, while Afghan President Ashraf Ghani invited the players to a party at the presidential palace.

President Ghani met with the 2017 APL winners & runners up. He encouraged and congratulated both teams. #APL pic.twitter.com/GcwIooOuPj