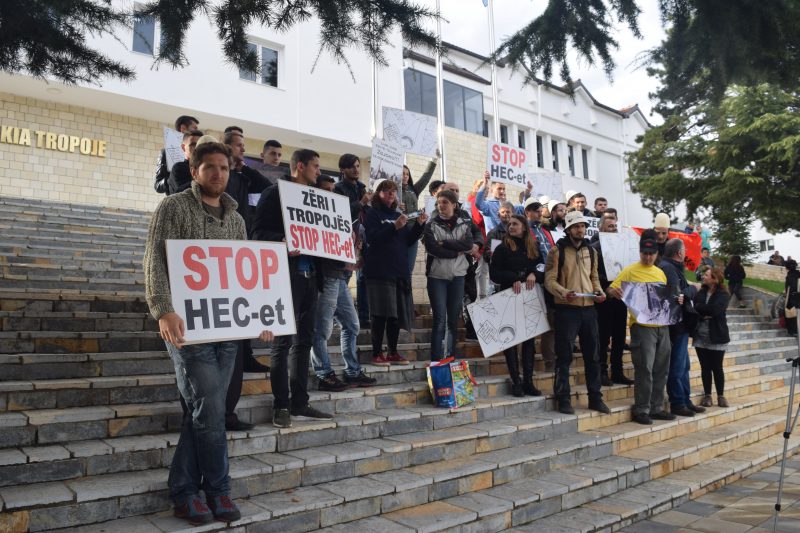 Dozens of activists in Tropoja, a Northern district of Albania, conducted a protest action on November 10 and 11 against the ongoing construction of hydropower plants in the Valbonë Valley National Park.

The protest was in response to the decision of the administrative court of Tirana to repeal the lawsuit filed by Valbona citizens who accused the Gener 2 Company of using an expired construction permit.

Soon after the decision was announced, World Wildlife Fund declared that

Undertaking large construction activity, such as building of a hydropower plant, would without a doubt compromise natural processes and cause the destruction of pristine ecosystems in the National park. 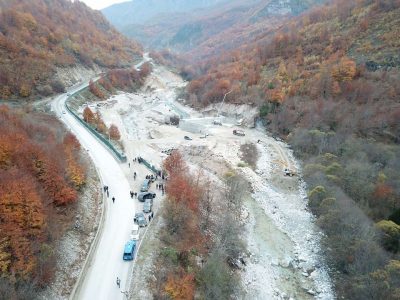 Part of the construction in Valbona National Park. Photo by Mirjan Aliaj, used with permission.

According to the law, decisions about such construction must undergo a process of public hearings. However, citizens from Valbona Valley claim that no public hearings were done, and that the documents provided by the company among others revealed signatures of people who have already died.

#DontTouchValbonaValley
For two days, activists from Tirana and residents of Valbona informed the public about the massacre that is being made to the Valbona National Park, through the construction of the hydropower plants. What has been done to Valbona, one wouldn't do even to the worst enemy.

Activists said some citizens from Bajram Curri, the seat of the Tropoja municipality that includes Valbona, were intimidated from joining the protest because of the threat that the government might stop giving financial aid, such as social benefits or small business subsidies.

Protesters on Friday said the construction of hydropower plants would destroy the future of tourism in the region.

Valbona Valley was classified as a national park in 1996. Investments in ecotourism have improved the park in the past two decades. Over 40,000 tourists visit the area every year.

The video below showed a minor victory when protesters managed to block some employees from entering the project site on November 11. 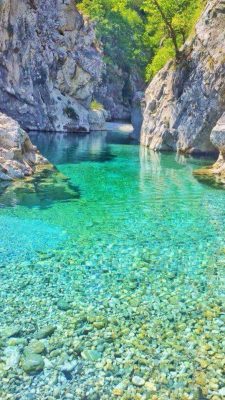 Only journalists from media channel News 24 reported the protest. But even its video coverage seemed to have been removed from its website.

Online activists used the hashtags #MosmaPrekValbonën or #DontTouchValbonaValley to share photos and videos from the protests. The Facebook page Friends of Valbona also documented the protest.

Some social media commentators criticized the decision of the incumbent government to uphold the bad policies of the previous government in the name of respecting the rule of law. Some warned that the failure to reverse bad governance could lead to greater public cynicism and apathy about electoral democracy.

Activists added that the project to build hydropower plants violates the law amended by the government last May 4, 2017 which prohibits projects that threaten the ecosystem and biodiversity in national parks.

Other natural heritage sites across Albania are also in danger of destruction because of hydropower plant projects. One such area is the Vjosa River Valley in the south, an area identified by the European Parliament for the establishment of a national park last February.