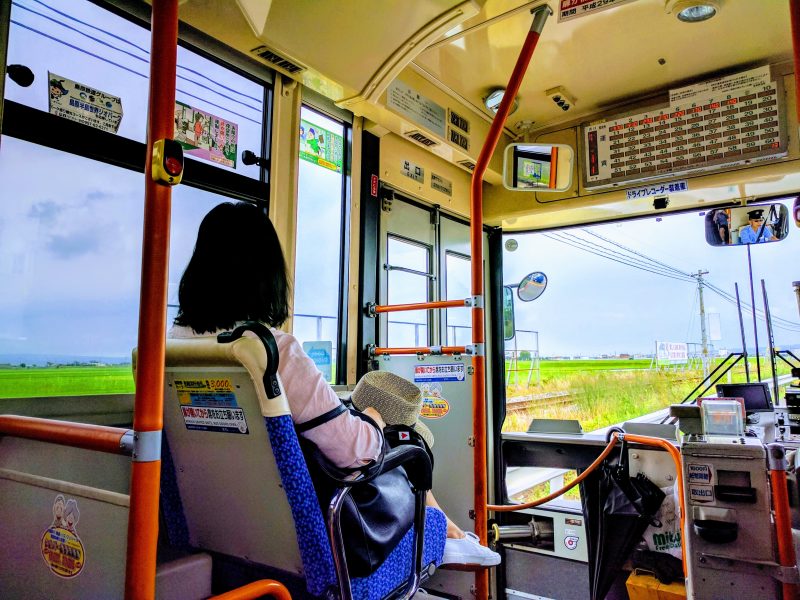 Taking the Nagasaki Kenei bus to the Shimabara Peninsula. Photo by Nevin Thompson.

Tamura Kenichi has pulled off an incredible achievement: he has traveled from one end of Japan to the other by local bus.

What's more, going by the username OleOleSaggy, he's posted videos of his trip (220 videos in all) to YouTube as a playlist.

The first video in the series begins near Wakkanai, Japan's northernmost settlement. The trip continues by bus along the remote Sea of Okhotsk coastline, passing through some of the most spectacular scenery in Japan. Not all of the 11-plus-hour trip is documented in the video, but it's still a great way to explore Japan.

More than 200 videos and three years later, OleOleSaggy finishes his trip at Kagoshima Station, a distance, depending on the route taken, of at least 2,600 kilometers. You can view the entire trip here.

According to the playlist description, OleOleSaggy isn't quite finished with the project yet, with plans to travel and document several bus routes in more detail, as well as one day traveling by bus through Okinawa to conclude the series.

OleOleSaggy's videos are part of a genre or subculture of YouTube called “front view” (前面展望, zenmen tenbo), where rail or bus enthusiasts record and upload videos of train and bus routes throughout Japan.

In another video, Olelesaggy travels by bus from the Japan Sea castle town of Kanazawa up the west coast of the wild and remote Noto Peninsula, a trip of about 100 kilometers.

As the bus travels through some of the more isolated towns on the coast towards the end of the video, based on the warm and animated conversation it becomes obvious the bus driver is quite friendly with the passengers on the bus, locals who rely on the transit service to get around this rural area.

OleOleSaggy's YouTube channel features dozens of playlists and hundreds of videos of “front-view” bus and train travel all over Japan. He also has a Facebook page and a Twitter account, as well as a separate YouTube channel devoted almost entirely to recreating “ekiben“–the boxed lunches featuring local delicacies sold at almost every major train station all over Japan–in his kitchen at home.