Meet Khazar Fatemi, a Swedish Journalist Still Searching for the Afghanistan She Left Behind 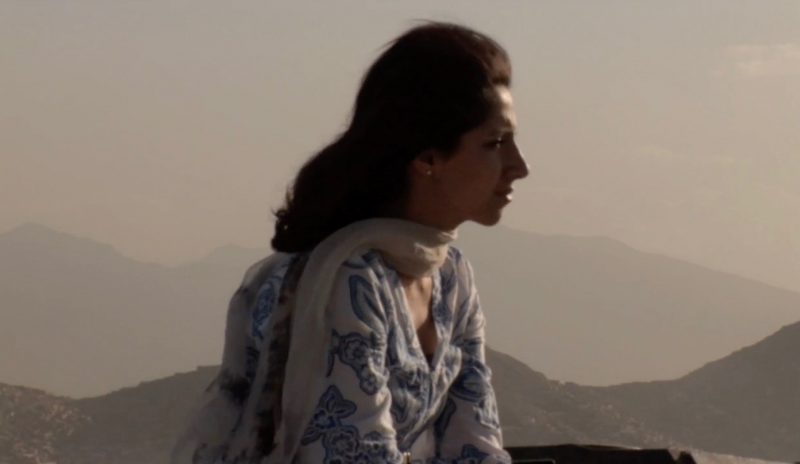 At first glance, Khazar Fatemi, a leading TV reporter in Sweden, is as happy-go-lucky as she is talented and beautiful. But personal sacrifice and struggle have deep roots in her family, and re-emerge with tremendous force in her documentary Where My Heart Beats, filmed in Afghanistan.

Fatemi was born in 1983. Her family moved to Sweden when she was eight after her parents — both initially involved in the Kurdish resistance to the regime in Iran — fled growing violence in their adopted home of Afghanistan.

At the time, the mujaheddin had rolled back the Soviet invasion only to collapse into a spiral of internecine conflict. Fatemi would later experience strong nostalgia for the Afghan capital Kabul, where she spent her childhood, as well as guilt that she, unlike many of her friends, had succeeded in escaping the country's bloody wars.

Where My Heart Beats tells the story of Fatemi's return to a very different Kabul through tears and laughter, with an authenticity that has already fetched the film international acclaim after it was presented at international festivals including IDFA and the Raindance Film Festival.

Her journey was both a reporter's journey — to see how the country had changed — and a personal journey, as she searched for people from her childhood. However, the most important search of all, for her best friend, proved elusive. She never found out what had happened to her.

Global Voices recently met up with Fatemi, and engaged her in a conversation that touched on everything from the difficulties of life in Europe for people born in Muslim-Majority countries, through her childhood, and Afghanistan's turbulent past and present.

Nevena Borisova (NB): What is it like to be a modern woman whose identity is rooted in a strongly traditional society?

Khazar Fatemi (KF): The reason my family fled Iran during the 1980s was that they wanted to keep the freedom their parents have given to them, despite their own religious background […] My grandparents were Muslims but still believed that everyone has the right to make their own choice of life and beliefs. So, for me it is important to use the freedom my parents fought so hard for, including [their struggle] against the regime, which left them with no choice but to leave their home. For 35 years they have not been able to go back.

The biggest challenge for me is not that I am coming from a traditional society. For me it has been Swedish society, which keeps questioning me because of my foreign name the way I look. I have had to work ten times harder to prove myself, despite the fact that I know Swedish perfectly. God knows what my mom has gone through because of her accent. 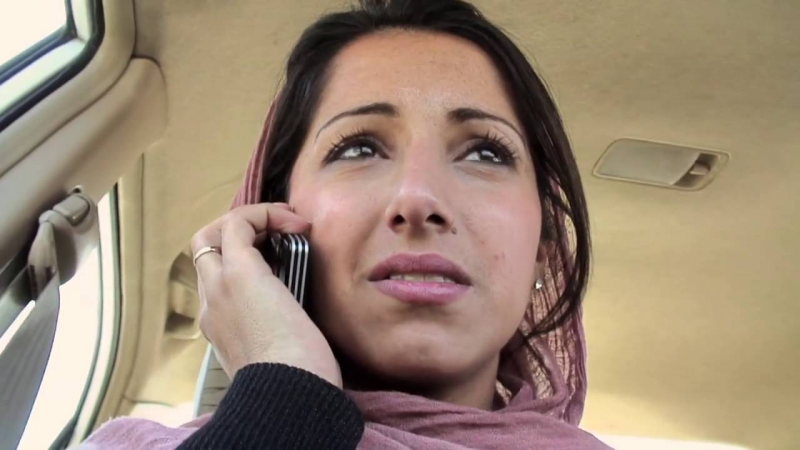 NB: You explain in the documentary that during your team's travels around Kabul there were regular security precautions like bomb checks and so on. How did you cope with the sense of fear?

The fear is always there, but one still can travel under control. I have tried my best to work with people that have the knowledge of security but they also know the local society, culture, tradition and religion. We tried not to leave the car unwatched and we also tried as often as we could to travel low key profile. We did not stay too long and we even changed our car from day to day when it was possible. At the same time, no one has ever taken so much care of me [as my team]. Even when I got sick, they treated me so well. I'm their guest, they kept saying.

NB: The way the documentary is shot makes it feel very authentic, with every emotion captured. Can you tell us how you came up with the idea to make the documentary and how you went about it?

KF: When you make a documentary, you know what you want. However, we never had a script, so we just let the camera roll and hoped for the best. I kept asking myself what had happened to those who didn't have the chance to flee when the war came. I wondered what had happened to my best friend Marim, to my teachers, to the baker in the neighborhood. So, I had all these questions that I needed to find answers to. Maybe I wanted to ease my own guilt which kept growing the older I got. I had always known I would go back at any chance, so why not document it? So I talked to my media outlet and asked if I could borrow technical equipment.

I have learned that if you just listen to what people say, you will understand that they have amazing, heartbreaking, but inspiring and empowering stories to tell.

NB: From the documentary, it is clear that security and poverty have only gotten worse in Afghanistan in recent years. But do you think the Afghan people have changed? Are they as resilient as ever?

KF: The worst was the hopelessness, especially among men. Many times it felt that women were braver. Many of them continue studying, even if they know that the society won’t let them in, when it comes to time to actually work.

The young men I talked with wanted to leave the country, they didn't see any future for themselves. The elders keep living with the corrupt system and the so called “leaders” and [believe] foreigners only come to Afghanistan to serve their own interests. This lack of trust and disappointment has grown every time I returned. When I was there in 2008, Kabul was safe and we even traveled with a car on roads, whereas today it is totally impossible to travel. Now, even Kabul has become very unsafe. For me as a journalist it means it is more difficult to gain the trust of those I interview, to get close and to understand them. The good thing is that I see how the young generation which got the chance to get an education has really done well. One can find hope there, especially among young women, even though they are fighting two wars — one a physical war, with poverty and the insecurity, the other in terms of their own society, family, tradition, culture… 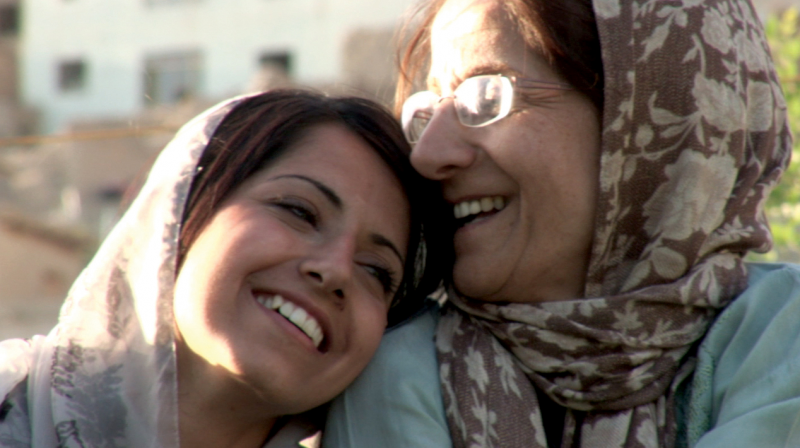 NB: Did you ever feel targeted as a woman at certain moments making the documentary?

KF: I haven’t noticed this so much, because they still treated me as a foreigner. But I can say that taking a walk around the neighborhood, going to the bazaar by myself, even if I almost managed to fit into the crowd, it would still have been much easier if I was a man. I have also noticed that women didn’t feel comfortable to be interviewed in front of the camera. […] Attitudes about women have only grown harder. I think I got away with that, because I am regarded as a foreigner.

NB: Do you also feel nostalgic for Iran? What are your impressions on the current state of civil society there?

KF: No, I don’t have any nostalgia feeling, but would love to go back one day.

NB: Cheryl Benard, who has been a researcher at RAND corporation has suggested that Afghan youths, (rather than older generations of Afghans and young people from other countries) face a particular problem integrating into society following migration to Europe. Is this fair to say?

KF: I don’t know about such a phenomenon, What I know from studies made here in Sweden is that Afghans are doing very well. They learn Swedish much faster than other groups. Of course when maybe 80% of the youth that come here [from other countries] are from Afghanistan, [it is no surprise] that when crimes are committed by migrants, most of them turn out to be from Afghanistan. But as I mentioned, we are talking about people who value education and have managed to learn the language and integrate into society faster than other groups, as one study I know has shown.