To Divinity and Back: Nepal’s Living Goddess Returns to Normal Life After Nine-Year Stint as ‘Kumari’ 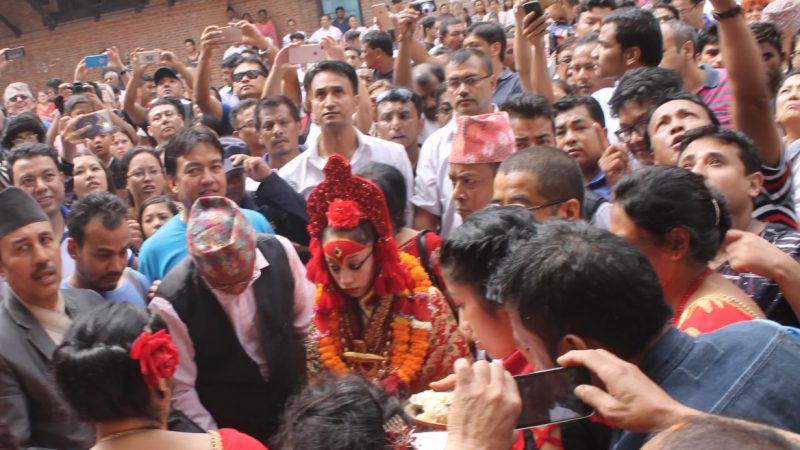 After living as the Living Goddess ‘Kumari’ for nine years in Nepal’s capital Kathmandu, Matina Shakya returned to the school which she attended prior to being throned and is now expected to live the life of a normal school girl.

Nepal's institution of Kumari Devi, is embedded in the culture of Kathmandu Valley. Even a glimpse of her is believed to bring good fortune. pic.twitter.com/diGAIqWkgE

In 2008, around the age of three, Matina was selected from the Buddhist Shakya clan to be the incarnation of Hindu Goddess Taleju through a rigorous process led by priests and astrologers for centuries. Accordingly, Matina was then worshipped as ‘Kumari’ or the Living Goddess until she experienced her first menstruation when it is believed that the goddess vacates a girl's body.

According to one Nepalese legend, King Jaya Prakash Malla, the last Malla king of Kathmandu (12th-17th century) used to play secret games of dice with the Goddess Taleju. One day while the king was playing dice, his wife followed him and saw the goddess who had refrained the king telling about their meeting to anyone. This angered the goddess and she warned that if the king ever wanted to see her again or secure protection for his kingdom, he would have to look for her among the Shakya clan incarnated as a little girl. Hoping to appease the goddess, he went out in search of a girl with Taleju's qualities and the practice continues until today.

Among the many Kumaris appointed in different Nepalese towns to protect them from evil, the three Kumaris of Kathmandu Valley (Kathmandu, Patan and Bhaktapur cities) are considered to be the most revered and respected. The Kumari of Kathmandu, chosen from the Newar Shakya clan, is the most influential of all. 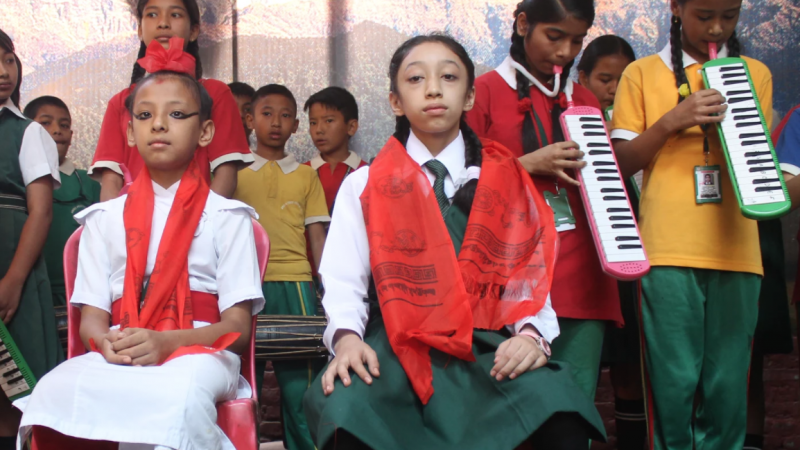 To be anointed as a Royal Kumari, a young girl must have '32 attributes of perfection,’ wrote Pramod Bhattarai and Bijay Shrestha:

The list of requirements is elaborate: she must have perfect health without any history of serious illness, unblemished skin, black hair, gorgeous expressive eyes, a sonorous voice, long slender arms, delicate and soft hands and feet, straight hair curled toward the right side, no bad body smells, and must not have shed any blood. The most important requirement is that the girl has never menstruated… Her family’s reputation for piety is taken into consideration by the selection committee, which also looks for calmness and fearlessness in the girl. To ensure the girl’s compatibility with the King of Nepal, her horoscope is compared and must match with his, as the Kumari has an important role in relation to the King, including the traditional power to confirm the King’s rule.

From girl to goddess, at what cost?

The sudden transformation of a little girl into a revered goddess comes at a price. She must remain in isolation, away from family and friends, and is expected to remain calm at all times, refraining from expressing any emotion. A Living Goddess is carried so her sacred feet do not touch the ground and she always wears red with her hair in a bun and a ‘fire eye’ painted on her forehead to symbolize her powers of perception. Though she is not expected to take orders, she must perform ceremonial duties and her presence charges the air with awe and reverence to those who worship her.

The transition back to ‘normal’ social life is difficult. Society continues to fear or revere the little girl, despite her ‘return’ to a human form. She also must live with the superstition that anyone who marries a Kumari will die six months into the marriage.

Former Kumari Rashmila Shakya, who wrote the autobiography ‘From Goddess to Mortal: the True Life Story of a Former Royal Kumari has tried to change perceptions and raise awareness about the reality of living as a goddess. Rashmila underscores the lack of education received by Kumaris and describes the challenges of returning to school without the necessary knowledge needed to succeed. 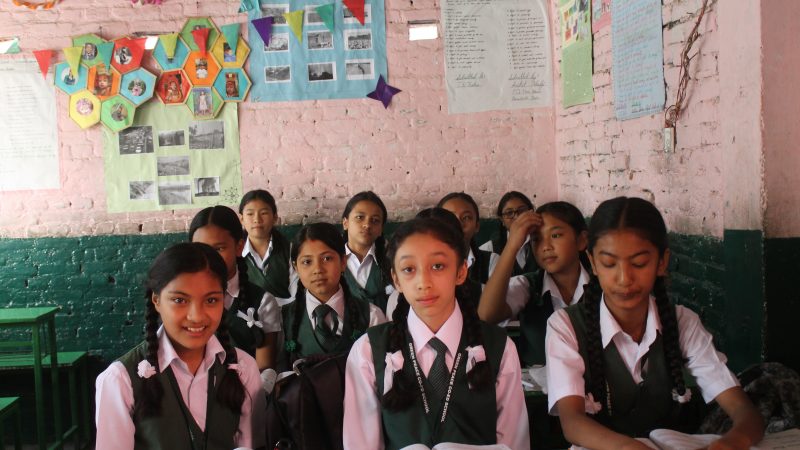 Deu Mata (Kumari) used to get private tuition at Kumari Ghar. One of our teachers used to visit her abode and teach all the subjects.

These days Matina has started studying in grade 7 at Green Peace Co-ed School in Ganabahal. While she used only palanquin and chariot during her stint as Kumari, she goes to school with her father Pratap Shakya on a scooter. All thought whether it would be difficult to adjust to the society after returning to normal life. However, she has proved them wrong within a week of her joining the school.

Kumari. The living goddess in Nepal, a little girl in 3-year-old, the newest chosen Kumari, is living here, the Kumari Ghar. She is a cute little girl and would show up through these windows in the afternoon, 4, 5 & 6pm, according to the guide said. Grab your chance to have a look of the living goddess, and her royal believer. #travelbyfoot #travelaroundtheworld #travelanimal #travelislife #travelholic #nepal #kathmandu #durbarsquare #kumarighar #kumari #livinggoddess #unesco #worldheritage #hindu #buddism #travelphotography #photography #travelphoto #architecture #sonyimages #sonya7 #sel28f20 #sel075uwc #sonyhongkong #lp #hongkonger #hongkongtraveller #backpacker #wanderlust #solotravel

According to Sthapit, Matina is an intelligent girl who has adapted quite well, considering the circumstances.

Meanwhile, as Matina adjusts to life as a ‘regular’ school girl and adapting to her new home life, three-year-old Trishna Shakya has been appointed the new Kumari of Kathmandu.