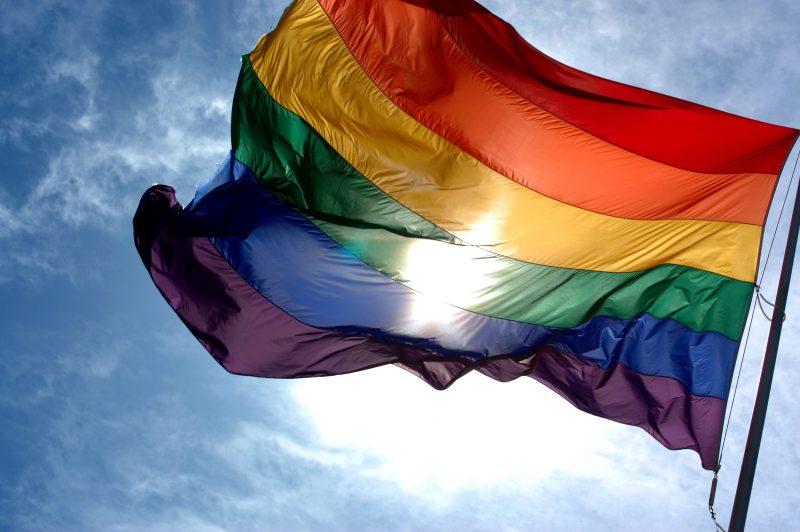 Georgian soccer player Guram Kashia faces an outcry at home over his choice to express support for gay rights in the Netherlands, but support from Georgian fans, athletes and politicians, including Tbilisi Mayor-Elect Kakha Kaladze, Georgia’s most famous soccer player, suggest that local views on this prickliest of cultural issues may be changing.

After Kashia, a 30-year-old defender for the Dutch team Vitesse Arnhem, appeared with a rainbow armband at an October 15 match in the Netherlands, Georgian social media erupted in vitriol. The March of Georgians, a far-right group, held a rowdy gathering near the Georgian Football Federation on October 31. Holding torches and posters, they demanded Kashia’s expulsion from Georgia’s national soccer team.

Leading the battle was the large, flamboyant singer Gia Korkotashvili, aka Korkota, a self-proclaimed warrior for traditional values who appeared on TV screaming prophecies of an imminent gay apocalypse. “Just wait and you will see when homosexuals come bursting into your homes,” he told Georgian TV channels from the rally.

In a country where homosexuality has long been frowned upon, such outpourings are par for the course. But widespread, vocal expressions of support against discrimination are something new.

If advocacy for LGBT rights has been the preserve of a small circle of activists and progressives, now many, from President Giorgi Margvelashvili to prominent Georgian athletes and individual fans, have spoken up for Kashia and for universal respect for equality.

“Kashia stated that all human beings, regardless of their sexual persuasion, are regular members of our society and it is inadmissible to discriminate them based on whatever differences they may have,” said Zviad Sichinava, a retired longtime president of the Georgian Football Federation. The current president of the Federation, Levan Kobiashvili, an MP for the ruling Georgian Dream party, and other supporters posted on Facebook a photo of Kashia draped in the Georgian flag that went viral.

“We are a democratic country. Everyone has the right to express their views, regardless of their nationality, sexual orientation or religion,” said Tbilisi Mayor-Elect Kaladze, a former AC Milan star and captain of Georgia’s national soccer team.

The government also appears to have drawn a line for acceptable conduct at anti-LGBT protests. Police failed to prevent a mob attack on an LGBT-rights rally in 2013, but, this time, police confronted and arrested eight March of Georgians activists when their gathering got out of hand. The leaders of the rally, including Korkota, expressed disappointment at the turnout of supporters.

Korkota and his comrades long have claimed ownership of Georgian cultural identity, a collection of character traits and traditions often defined as kartveloba or “Georgianness.” Earlier this year, they rallied against immigrants from the Middle East. The Korkota group’s racist and misogynist statements antagonized many.

Georgia’s liberals have accused the ruling Georgian Dream of pandering to such right-wing views by outlawing foreign ownership of agricultural land and constitutionally defining marriage as a union between a man and a woman.

The Kashia episode now appears to have placed the authorities and the ultra-conservatives in opposing camps.

The overall response to the athlete’s armband has left some in Georgia’s largely closeted LGBT community guardedly optimistic about their acceptance within Georgian society. “We are far from getting there, but I see change,” one Tbilisi resident commented to EurasiaNet.org.