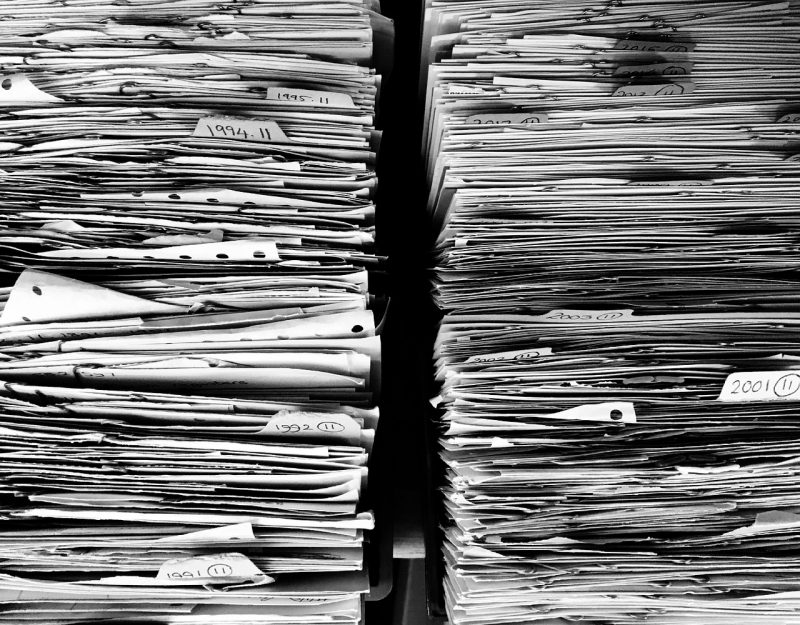 “Files”. Photo from Pixabay used under the licence of Creative Commons CC0.

Raúl Cervantes Andrade‘s sudden resignation from his position as head of the Attorney General's Office (PGR), announced on 16 October 2017, caused a stir on social media. Not even a full year had passed since Cervantes’ appointment to lead the PGR was ratified by the Senate.

Raúl Cervantes Andrade was the third attorney during President Enrique Peña Nieto's six-year term, and the one who has spent the least time in his position. He was only ratified by the Senate in October of last year.

He took the place of Arely Gómez, who left the PGR a year and seven months after taking the position after Jesús Murillo Karam, whose stepping down was considered obligatory after facing criticism for his part in the investigations into the disappearance of the 43 students from Ayotzinapa.

In previous weeks, Cervantes had been in the spotlight for his aspirations to lead the Federal Prosecutor General (FGR), which following legal reforms is meant to take the place of the Attorney General's Office (PGR). The head of the FGR can stay in that position for up to nine years.

This is how reporter Jesusa Cervantes summarised Cervantes’ work as attorney general:

The Odebrecht-Loyola case involves Emilio Lozoya, the former director of Mexican state-owned petroleum company Pemex, who is accused of of receiving 10 million dollars in bribes from Brazilian construction company Odebrecht.

News portal Sin Embargo MX used their Twitter account to draw attention to the number of former governors accused of corruption who had the time to evade legal action while being investigated by the PGR led by Cervantes:

He let Borge go, and Duarte 1, and Duarte 2, and Yarrington, and Eugenio… and now he's going: Raúl Cervantes is resigning from the PGR

Meanwhile, a group named Partido Libertario (Libertarian Party) shared the following comment, reminding us that, before his appointment to the PGR, Cervantes had links to the party in power, the Partido Revolucionario Institucional (Revolutionary Institutional Party), and even worked as a counsellor during Enrique Peña‘s campaign:

On the other hand, Twitter user Madame Déficit emphasised the crimes against journalists that went unpunished during the time Cervantes was in his position, and his role in the dismal outlook for freedom of speech in Mexico:

It's important to remember that during Cervantes’ time in position, impunity in cases of attacks against #FreedomOfExpression was constant

Other people, such as lawyer Diego Valadés, distanced himself from the criticism and instead recognised Cervantes’ work during his short stint at the PGR:

@RaulCervantesA is a brilliant lawyer. He deserves to leave the Attorney General's Office with recognition for his professional ability and dedication.

In addition to the unsolved cases, Cervantes is also popularly known as Fiscal Ferrari (#FiscalFerrari), for being the owner of an ostentatious sports car, for which he allegedly avoided paying tax by using a false address when registering it, according to an investigation lead by the non-profit civil society group Mexicanos Contra la Corrupción y la Impunidad (Mexicans Against Corruption and Impunity).

Under Cervantes’ leadership, the PGR has not made any (publicly known) progress in investigating digital surveillance of government critics who were targeted with the spy software Pegasus.

Investigations by groups including Article 19, Citizen Lab, and the New York Times brought to light a trove of technical evidence indicating that from 2014 to 2015, social activists, human rights advocates (including the president of Mexicans Against Corruption and Impunity) and opposition party leaders were targeted with Pegasus spyware, which is exclusively used by governments. It is also documented that the Mexican government has purchased this specific spyware.

Mexican law states the government can intercept private communications for the purpose of investigating crimes — with previous approval from the federal judicial authority. But there is no indication that such procedures were carried out in these cases. And the fact that those targeted with Pegasus were, according to the evidence, people who challenged the government in some way raises more questions.

While looking into the issue, the Mexican Congress sent a 50-question questionnaire to the various heads of the national security apparatus in Mexico. All three replied, but Cervantes left his blank and sent it to the National Security Bicameral Commission at the end of June 2017.

For now, the Pegasus case and the others that Cervantes left pending will be the responsibility of Alberto Elías Beltrán, who will serve as interim attorney general.