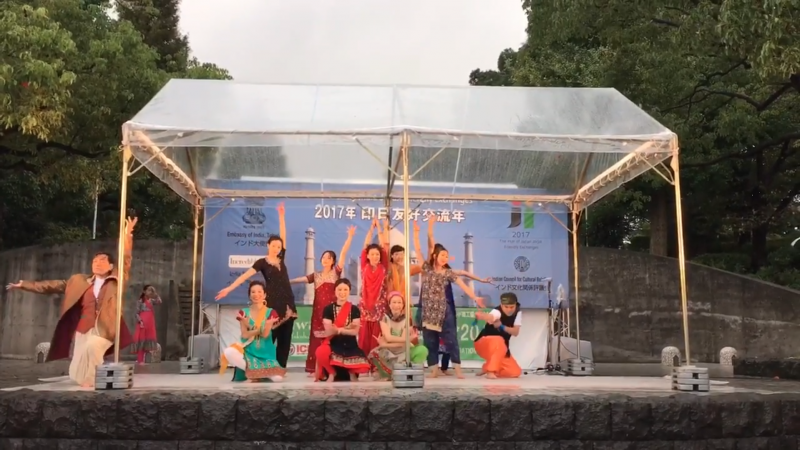 Diwali, often referred to as the “Hindu festival of lights,” is one of the most important festivals observed by the Indian diaspora every year in some countries around the world, and Japan is no different.

While in 2017 Diwali begins on October 19, about 200,000 people, mostly Japanese, were estimated to have attended an annual two-day Diwali cultural event in the city of Yokohama on October 14 and 15, making it one of the largest India-related festivals in Japan. The festival took place next to Yamashita Park, one of Yokohama's best known parks, on the waterfront near the city's historic Chinatown.

[…] The “Diwali” festival is like the Japanese holiday of O-shogatsu [the New Year's holiday]. Of course there will be curry served, and at the event ground there will be many booths lined up serving Indian cuisine.

Thanks to increasing trade, infrastructure development, technology and defense ties, the number of Indians living in Japan has increased over the past two decades to at least 28,000 in recent years.

Yokohama, Japan's second largest city after its neighbor Tokyo, has the most multicultural reputation of any city in Japan. The city got its start as one of the first Japanese ports to be opened to foreigners after country ended its long period of national isolation in 1854. Since then, the city has been home to large numbers of immigrants, notably people from China.

Still, Indians in Japan are not a large part of the national consciousness yet, leading to some surprise and curiosity. Twitter user Mulboyne, whose feed chronicles some of the more interesting aspects of daily Japanese life, took notice of Diwali:

You might not see too many Diwali-themed snacks in the combini but there was a festival in Yokohama last weekend. pic.twitter.com/koNSTkqW2Q

Mulboyne noted that, humorously, Diwali in Japan features–what else?–a cute mascot representative, in this case shaped like a piece of naan flatbread:

Mulboyne notes that Nan-chan has been around for a few years, having been noticed by other Twitter users:

Hard not to keep looking for more photos. pic.twitter.com/n5Uw5OZ9QN

The Diwali celebration itself was well attended, and featured two days of dance performances and other cultural events.

On the second and final day of Diwali in Yokohama, there was a ceremony that ended the festival and also marked the start of the holiday in India.

Stage program / Diwali prayer parade. Bearing [these candles], the #Diwali_in_Yokohama_2017 events come to an end. For two days #Yokohama_became_India. Did you enjoy it? Diwali begins in India tomorrow. #HappyDiwali.