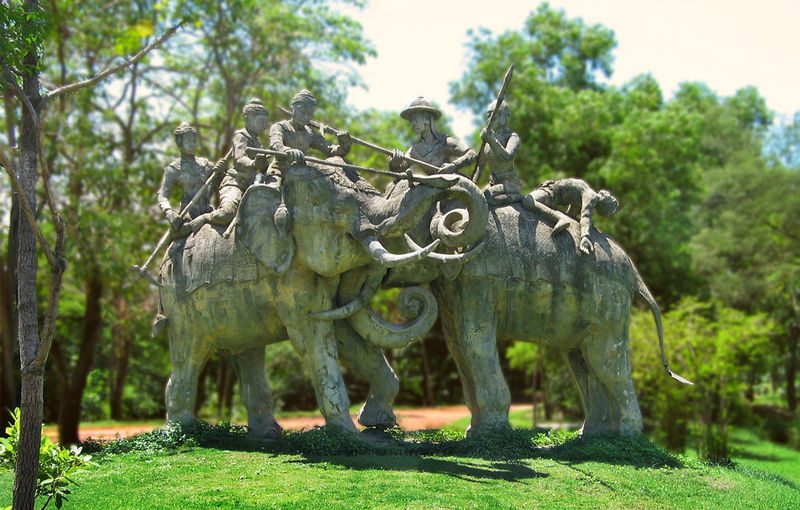 Eighty-five-year-old retired Thai historian Sulak Sivaraksa is being prosecuted for insulting a 16th-century king of what is now known as Thailand.

Sulak appeared before a military prosecutor on October 9, on accusations stemming from a lecture the historian gave on King Naresuan, who ruled the Kingdom of Ayutthaya (now known as Thailand) from 1590 to 1605.

Three years ago at Thammasat University, Sulak asked his audience to be more critical about some of the stories involving King Naresuan. He focused on one particular story about how the king defeated a Burmese prince while riding on top of an elephant.

According to Thailand’s popular history, this ‘elephant duel’ was decisive in driving out the Burmese forces from the kingdom. Its significance even inspired modern-day Thailand to declare the date of the duel as National Armed Forces Day.

But Sulak doubted the accuracy of this particular event in history. His lecture was cited by retired generals who filed a lese majeste (royal insult) case against the academic.

Thailand strictly enforces a lese majeste law (Section 112 of the country’s criminal code) which many scholars and activists describe as repressive and outmoded. Lese majeste cases increased after the army grabbed power in 2014 and used the law to arrest activists, opposition politicians, and even ordinary citizens advocating for the return of democracy. 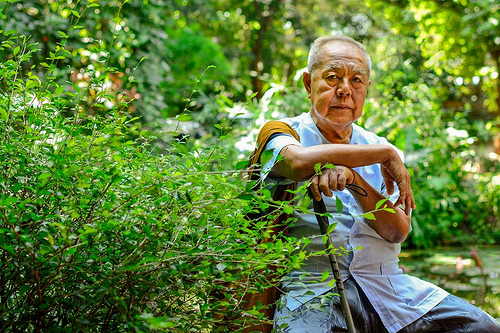 Sulak is a renowned social critic and historian and a founder of the International Network of Engaged Buddhists. Despite his criticism of the lese majeste law, he describes himself as a royalist. After three years of investigation, Sulak’s case was submitted to the military prosecutor.

Responding to the news about the sudden revival of the case, Sulak said:

The military regime just wants to persecute me. They can do anything. So I achieve equanimity. I’m detached. In fact I pity them. I pity the NCPO [Thailand’s junta is called the National Council for Peace and Order]. I pity those who have power.

Sulak’s lese majeste case surprised many. Veera Prateepchaikul, the former editor of Bangkok Post newspaper, believes the law’s coverage does not include royal family members who have been dead for hundreds of years:

The police's wild interpretation of Section 112 begs a question about whether the writers of the lese majeste law really wanted it to become retroactively enforceable hundreds of years back to protect the kings of our past from defamation, contempt or insult?

I only hope the military prosecutor will be more sensible and will interpret the lese majeste law in a realistic and sensible context, bearing in mind that it is not only Mr. Sulak who will be put on trial, if the case proceeds to the military court.

Looming large behind the real courtroom battle will be the country itself which will be put on trial before the international community.

Kong Rithdee, the Life editor of the Bangkok Post, asserts that Sulak did not commit a crime by giving a history lecture. He adds that the law is used to create fear in society:

By asking questions, Mr Sulak is doing a service to Thai history, not damaging it.

Otherwise, as in many Section 112 cases, the essence of the supposed violation is mixed in the cauldron of political alchemy, stirred for the effect of fear. It's something whose bottom we can't see or reach.

The military prosecutor is expected to release a verdict on December 7.

During the same week that Sulak was summoned by the police to appear before a military court, the United Nations Special Rapporteur on the promotion and protection of the right to freedom of opinion and expression held a forum in the capital city of Bangkok and called for the repeal of the lese majeste law.

An online petition was launched urging the Thai government to withdraw the case filed against Sulak.