Ukrainian Wikipedia has given awards to the top 11 photographers in the national segment of the international photo contest “Wiki Loves Earth” which celebrates natural monuments and protected areas.

The award ceremony took place October 7, 2017 at the Museum of Natural Sciences in Kiev, and included an exhibition of winning photos.

The Ukrainian section of the worldwide competition received over 15,000 photos depicting over 1,860 natural heritage subjects by 356 participants during the month of May. About a thousand of these pictures are already used to illustrate Wikipedia articles in different languages. 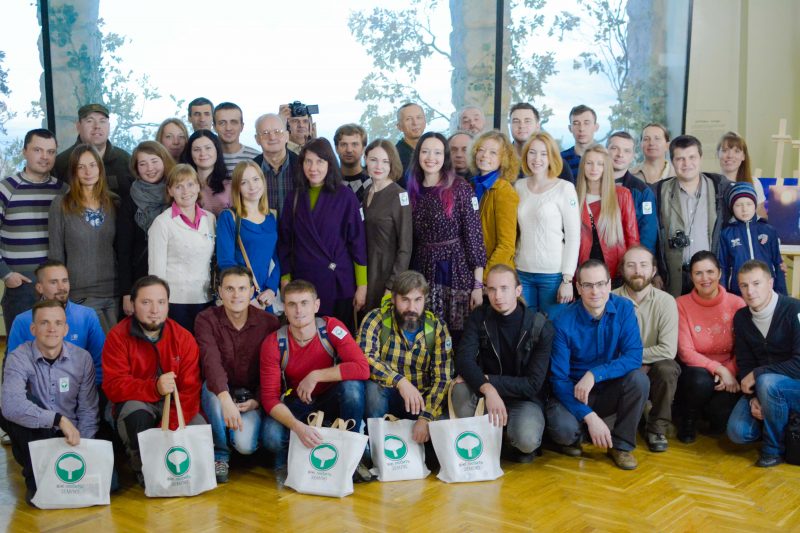 Participants in the award ceremony for Ukrainian portion the “Wiki Loves Earth 2017″ Competition in the National Museum of Natural Sciences in Kiev, October 7, 2017. Photo by Anna Kondratyuk via Wikimedia Commons, CC BY-SA.

All winners received memorial diplomas and other prizes: souvenirs with the competition logo or gift certificates for online stores.

The prizes went to the authors of the 11 photos that received the highest jury scores, as well as contest participants who photographed the most objects and received the most points in the overall score.

Several other awards were handed out by other organisations who linked up with the competition. For instance the staff of Holosiivskyi National Nature Park, which is located within the Kiev metropolitan area, selected the three best photos submitted to the competition made within the confines of the park.

Organizers and contributors have been using the hashtag #WikiLovesEarth to publish photos and promote a spirit of sharing. They managed to gather over 137,000 photos in total.

About one fifth of the participating countries are from Central and Eastern Europe, including Bulgaria whose national competition was covered in a previous Global Voices post.