Come Together: Mexico's Recovery from Double Earthquake Devastation in Photographs 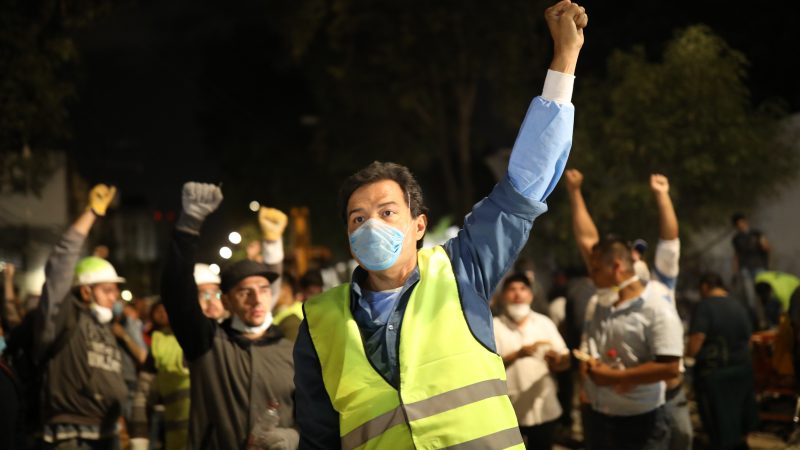 This is not a victory gesture. A raised fist is a sign that rescuers make to invite those around to hold silence and listen for signs of life from survivors. Image by Santiago Arau.

The strong earthquakes that shook central and southwest Mexico September 2017 (one on the 7th and another on 19th) have brought out a real strength and solidarity in the country's people. This has been visible not only in terms of the waves of volunteers who have taken to the streets of the capital to remove debris and donate supplies, but also in terms of netizens capturing and sharing images from an event that has left the country in shock.

Several people collaborated on a collection of photos documenting the devastation and subsequent aid effort. Among them are photographer Santiago Arau and mountain climber Raul Morales.

Arau has shared numerous photos via Instagram, also left photos for those who wish to use them through the site WeTransfer. Raúl Morales has shared the images through Google.

Below Global Voices reviews some of the most evocative and representative images captured by the pair.

In this photo taken during the first hours of the disaster, Raúl Morales shows civilian volunteers along with members of Mexico’s Navy starting rescue work at a collapsed building .

Media, people or institutions can use my photos to spread and inform, using the original files. https://t.co/vaPXvh649A – Santiago Arau (@Santiago_Arau)  September 22, 2017

Here, Arau shows some of the citizens taking to the streets to remove debris. 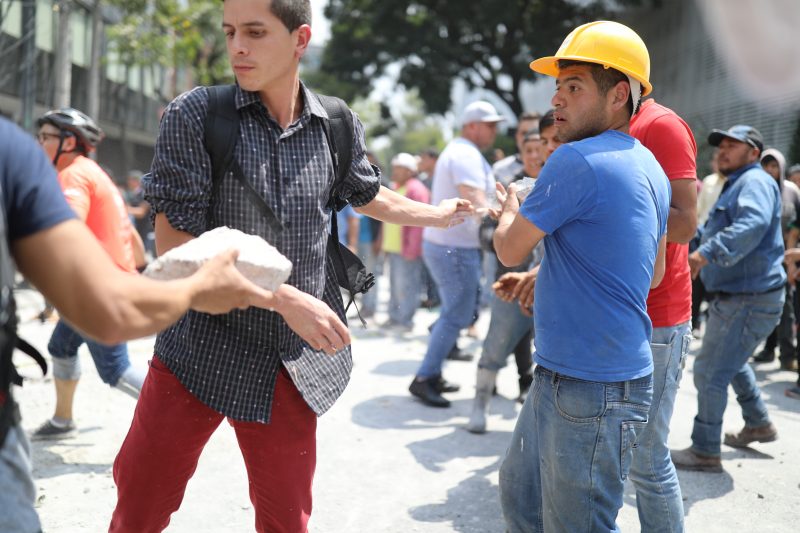 Day and night the rescue work was carried out at the destroyed buildings, as shown in this image of a property in the south of Mexico City. 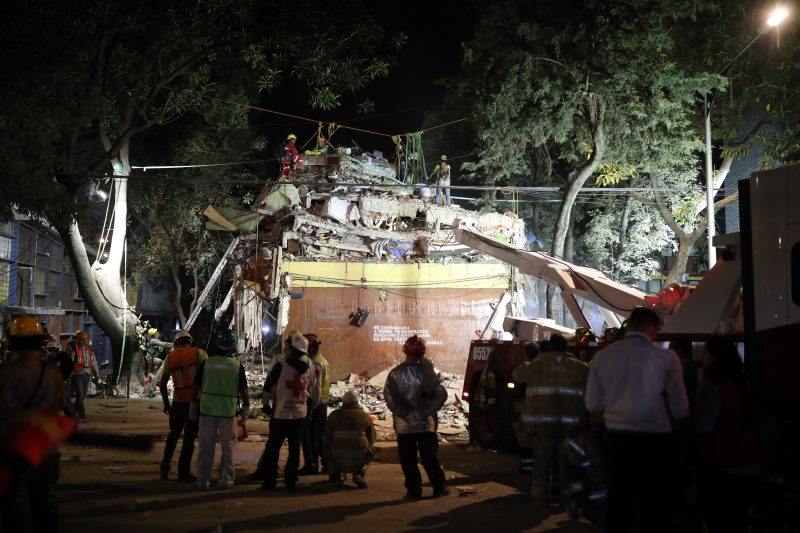 Fallen building in the south of Mexico City. Image by Santaigo Arau 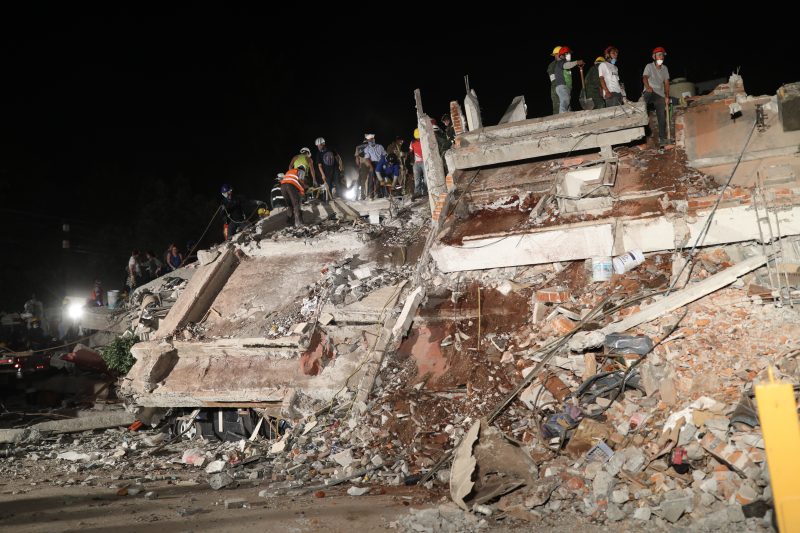 Another view of the same collapse. Image by Santaigo Arau

The material destruction has still not been quantified yet. Not only are homes effected, but also hundreds of automobiles. 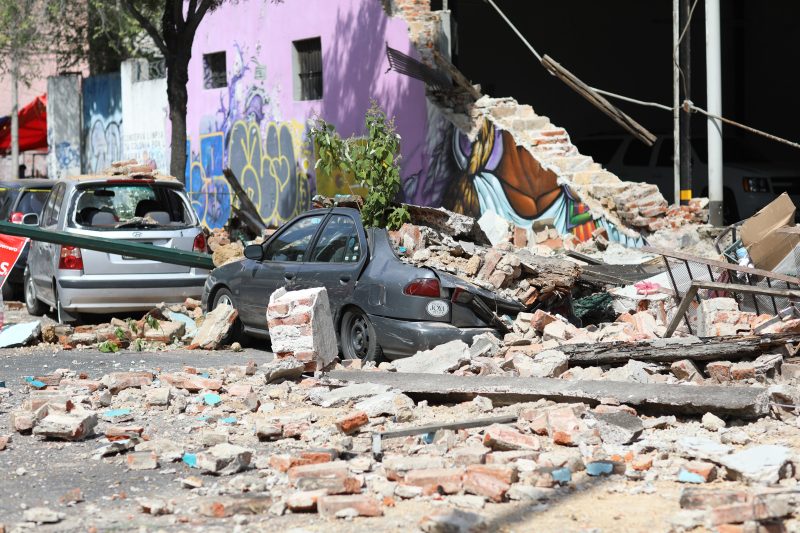 Destroyed automobiles after the earthquake on September 19 in Mexico City. Image by Santiago Arau

“Anonymous Heroes”, is perhaps the best way to describe the citizens who took responsibility for starting rescue work after the tragedy. 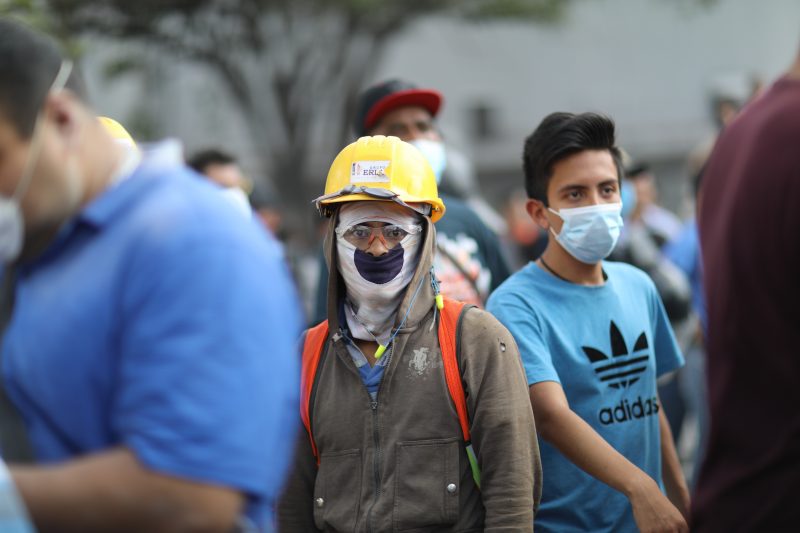 Covered faces of anonymous heroes that took to the streets of Mexico City. Image by Santiago Arau

This image gives us an idea of the sea of people that came to the collapsed zones, the majority with the intention of helping, others just as spectators, but all sharing hurt and shock over the scenes they were witnessing.

Hundreds of people gather at the same collapsed area after the quake on September 19 in Mexico City. Image by Raúl Morales, used with permission