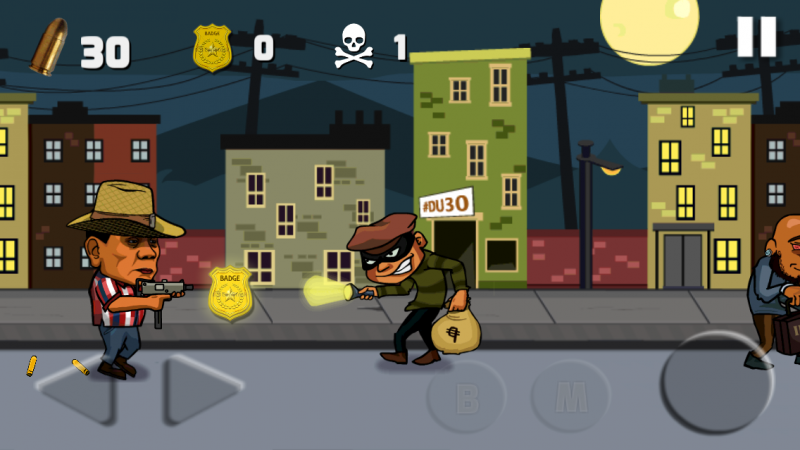 More than 130 organizations from around the world have signed a petition urging Apple Inc. to remove from its app store a series of mobile games that glorify the “war on drugs” in the Philippines.

Addressed to Apple CEO Tim Cook, the petition was developed and circulated by the Asian Network of People Who Use Drugs (AMPUD), a Thailand-based advocacy organization that promotes health and human rights protections for drug users.

The petition asserts that these games violate Apple's policies, which prohibit games promoting violence against human beings and animals. It urges Apple to conduct a formal review of the Duterte-inspired apps, remove apps that promote violence against drug users, and apologize for hosting these apps.

Since assuming power on June 30, 2016, Philippine President Rodrigo Duterte has made the anti-drug campaign a top priority.

But the anti-drug operations of the police (known as Oplan Tokhang) quickly became notorious as they led to thousands of killings of suspected drug peddlers. The police recorded 6,000 drug-related killings, but some human rights groups say the number of deaths is much higher, at 13,000. Even the international community has expressed alarm over the spate of drug-related killings in the country.

The Duterte government has been accused by various human rights groups of endorsing impunity by vowing to protect the police, including those involved in extrajudicial killings.

Some of Duterte's loyal constituents showed their support by developing mobile games inspired by Oplan Tokhang. These games featured Duterte and the country's police chief battling criminals and drug personalities.

Some of the Duterte-inspired games available on Apple. Photo from the website of the Asian Network of People Who Use Drugs

Last October 2016, Global Voices reported that one of these games, Fighting Crime, had reached two million downloads. Fighting Crime, developed by Tatay Games, allows the player to assume the role of Rody (Duterte's nickname). The player's objective is to shoot and kill criminals with a variety of weapons and special powers. The game ends if these enemies reach the president before he can kill them.

Another game, Tsip Bato: Ang Bumangga Giba! was developed by Ranida Games with the support of the Police Community Relations Group, a group within the Philippine National Police. Players can assume the role of chief Ronald “Bato” Dela Rosa or of President Duterte driving a police pickup truck and shooting or running down criminals prowling the streets.

The act of running over enemies in the game is eerily reminiscent of the way a police van ran down indigenous and minority protesters in front of the US Embassy last year. 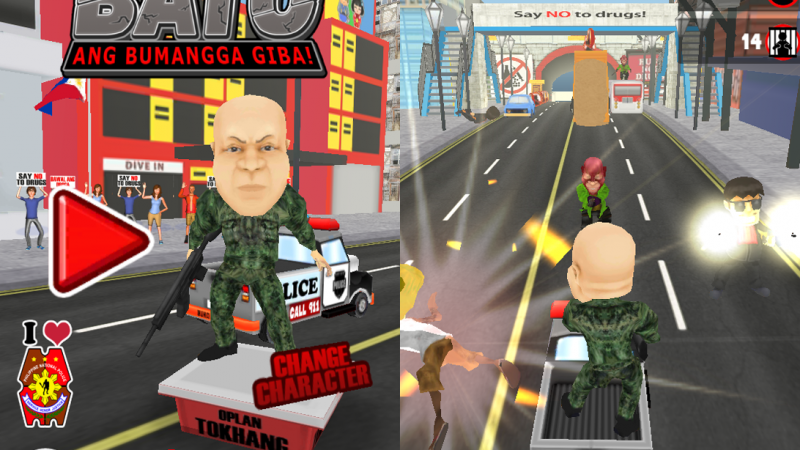 Duterte vs Zombies, a game developed by Lemuel Levi Caldito, likens Duterte's war on drugs to a zombie apocalypse. Players control the character “Tatay Digong” (an endearing moniker for the president used by his supporters which literally means “Father Duterte”) battling criminals depicted as a brainless, blood-thirsty crowd of zombies. 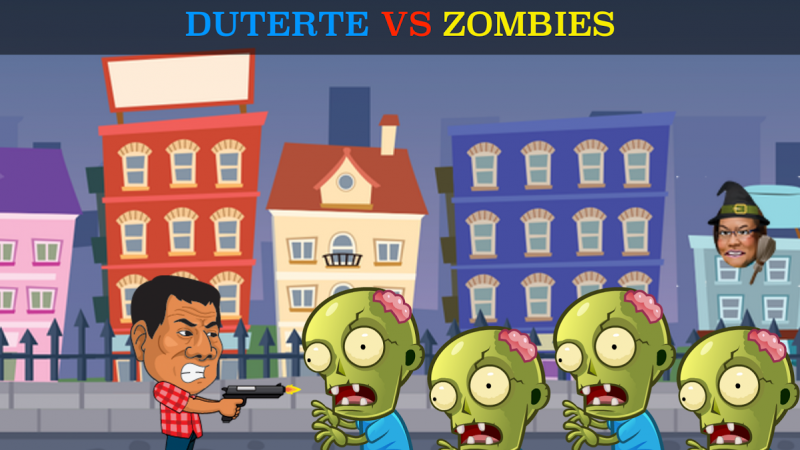 Screenshot of Duterte vs. Zombies.

In their open letter, rights advocates pointed to some of these themes, decrying Apple’s complicity in the normalization of extrajudicial killings and impunity. The petitioners reminded the company that the games may be entertaining, but they spread a dangerous message:

These games valorize and normalize the emerging tyranny of Duterte's presidency and his government's disregard for human rights principles….these games may seem harmless and fun, but when they are placed within the context of existing realities, of real murders of people and the impunity of law enforcement, then these games become offensive and distasteful.

It is unacceptable that Apple is tolerant to making profit out of people’s unjust deaths and misery.

The signatories of the petition include 131 human rights groups, rehabilitation centers, and other advocacy networks from over 30 countries including Australia, Cambodia, France, India, Indonesia, Nepal, Netherlands, Pakistan, Romania, Singapore, Sri Lanka, Thailand, the United Kingdom and the United States, among others.

This campaign against Duterte-inspired gaming apps comes amid rising protests not only against the killings but also the threat of the president to declare martial law if opposition groups continue to mount ‘destabilization’ activities against the government.

Public outcry against the excesses committed under Oplan Tokhang forced the police to declare the termination of the campaign early this month. The anti-drug campaign is now headed by the Philippine Drug Enforcement Agency.