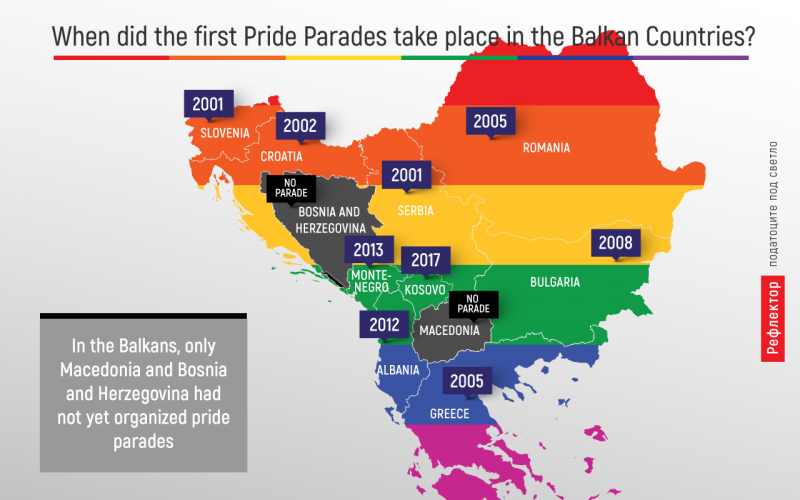 Infographic depicting the years of first pride parades in the Balkans, identifying Macedonia and Bosnia as ‘black holes.’ Image by Reflektor [1], used with permission.

Three pride parades took place in the Balkans in recent months, and hate speech is more often met with legal actions. Support for lesbian, gay, bisexual and transgender (LGBT) rights is slowly increasing [2] in many of the countries of the former Yugoslavia. Progress has not happened evenly across the region, however, and in some cases, political reasons rather than concern for human rights appear to drive change.

Zagreb Pride [3] takes place every June in Croatia's capital city. After the first such pride suffered a violent attack in 2002, with 32 participants receiving serious injuries, the event had become a traditional feature of the Croatian capital, with thousands in attendance. 2017 was no exception, and the #ZagrebPride [4] march from June 10 was organized as a part of LGBT Pride Month celebrated around the world.

In Serbia's capital, Belgrade Pride [5] took place on September 17, and included the participation of openly gay Prime Minister Ana Brnabić [6] as the “first head of government to attend a Balkan Pride event.” 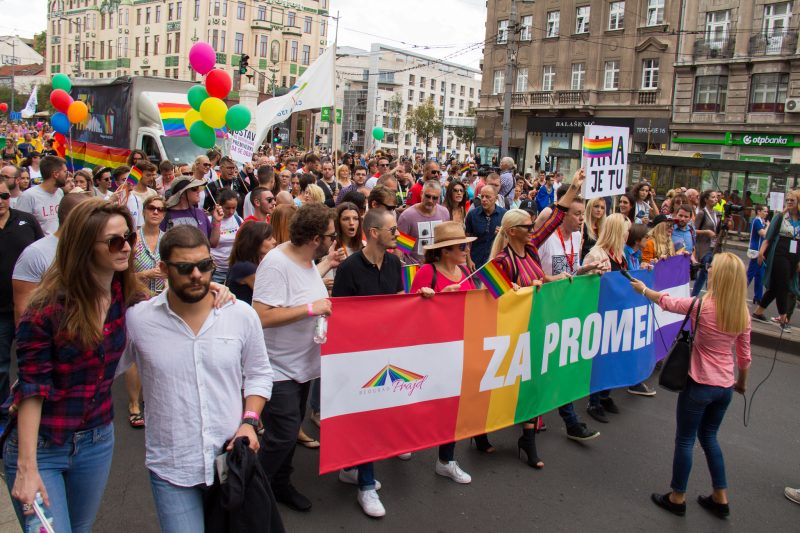 Brnabić was appointed in June 2017. Many local analysts regarded Serbian President Aleksandar Vučić's choice of a female and gay prime minister as a sly political move, aimed at impressing the European Union. Brnabić is often portrayed as a figurehead [9] that falls in line with Vučić, who dominates politics, business, and media in the country, instead of advocating reform of her own accord.

For years, Belgrade's pride parades had been met with violence, leading at times to postponement or cancellation. But since 2015, they have been held without incident, prompting some cynics to comment that when the powerful Vučić wants, he can reign in the hooligans that have enjoyed full impunity for violent behavior in the past.

The latest of the three pride parades to take place was in Prishtina, the capital of Kosovo, on October 10 (#PristinaPride [10]). It also had support by the government and passed without reported incidents.

However, two Balkan countries have never had an official pride parade: Macedonia and Bosnia and Herzegovina. And in Macedonia, homophobic hate speech was openly used by right-wing populist politicians and parties during the campaign for the October 15, 2017, local elections.

The Helsinki Committee for Human Rights of the Republic of Macedonia [18], the LGBT Support Center and the Coalition Sexual and Health Rights of Marginalized Communities [19] strongly condemned statements by Stevco Jakimovski, a candidate for mayor in a Skopje municipality of Karposh. Hate speech is a criminal offense in Macedonia, and the three NGOs pressed charges against the incumbent mayor after he accused his opponent Stefan Bogoev of being gay [20] (Bogoev is heterosexual) and claimed that homosexuality is “the most dangerous mafia” bent on infiltrating the municipality.

Two weeks ago, unknown perpetrators also distributed black propaganda leaflets against Bogoev, noting his friendship with a local celebrity whom they claimed to be gay. At the same time, a jeep owned by the friend's father was torched [21] within the confines of the municipality. The leaflets, using similar language to that employed by the mayor in public speeches, warned about the “danger” of holding a pride parade in the area.

In the end, however, most of the citizens of Karposh municipality voted for the liberal candidate. Bogoev got 58% of the votes, against 37% for Jakimovski.

Varied attitudes towards the LGBT community in the former Yugoslavia

Could all this indicate a return to the more liberal values that characterized the former Yugoslavia (which was made up of today's Bosnia and Herzegovina, Croatia, Kosovo, Macedonia, Montenegro, Serbia and Slovenia)? Although Yugoslavia wasn't exactly a leader in LGBT rights, contrary to assumptions it wasn't a leader in the repression of sexual and gender minorities, either, especially when compared to Western countries. 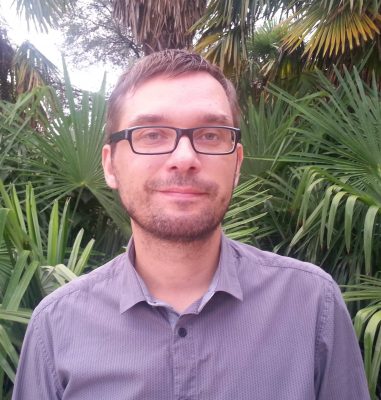 Croatian historian and activist Franko Dota recently defended a Ph.D. thesis on homosexuality in Yugoslavia (1945-1990), with a focus on Croatia. His work showed that the socialist society had addressed the issue in various ways at different time periods. Immediately after World War II, there were several show trials of gay men as exemplars of “bourgeois decadence,” but that stopped by the 1950s. A trend of gradual liberalization resulted in formal decriminalization of homosexuality in Slovenia, Croatia, Montenegro and Vojvodina in the 1980s.

Dota's research also compared the institutional homophobia with that of other European countries at the time, discovering that the East was sometimes “milder” than the West. He revealed that from 1945 to 1977 there were around 1,500 trials against homosexuals in Yugoslavia, resulting in punishments ranging from fines to suspended sentences to prison. During the same period, there were 70,000 comparable actions in Western Germany, 20,000 in Italy (for “offending public morals”) and 50,000 in the UK (including computer science trailblazer Alan Turing [22]).

In an interview with Croatian online magazine Telegram, published on October 12 [23], Dota explained that by the 1980s mainstream medical professionals in Yugoslavia had adopted an informal position that homosexuality was not a disease, way before the World Health Organization came to the same conclusion. And a 1986 book by influential sexologist Marijan Košiček pushed against negative attitudes towards homosexuality within politics, law, religion and communist ideology, considering it a normal and healthy phenomenon.

At the beginning Yugoslavia was not at the forefront in progressive initiatives, but it was also not far behind. We can't put it on the list of worst, nor on the list of best examples. In some aspects the country was far ahead of its time and Western European trends. For instance, the media in the 1980s were reporting about homosexuality in a much more liberal manner than those in the USA. A relevant segment of the health care system responded to the HIV/AIDS epidemic in a professional way, without the moralizing that took place in France or America.

But across the region, the situation changed after the break up of Yugoslavia. “The 1990s were a time of strong re-traditionalisation and renewal of some patriarchal and extreme traditionalist and homophobic tendencies in society, due to the war(s) and other factors,” Dota said in his interview.