The Revolution Will Be Live-Tweeted (Not In Russian, Though) 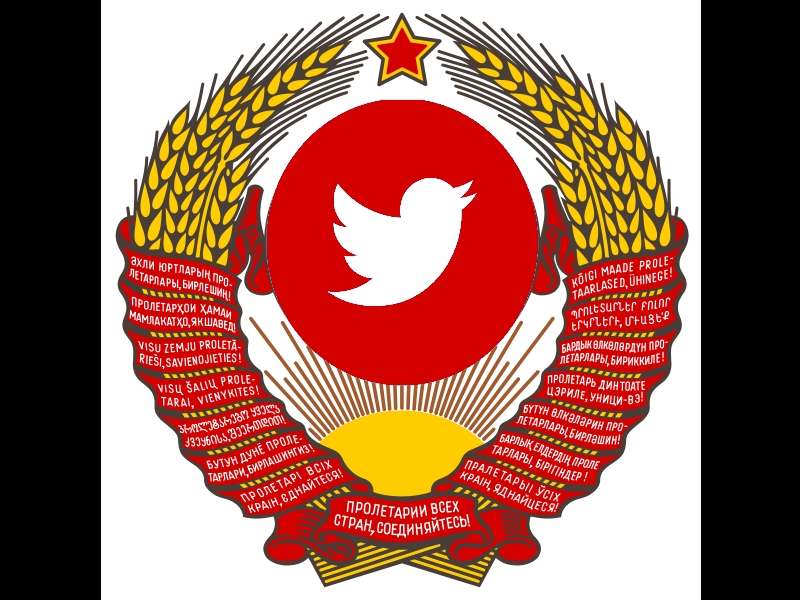 October 2017 is more than halfway through, meaning we are getting closer to the centennial of what is often hailed as the most influential event of the 20th century: the 1917 October Revolution, which ushered in the Bolshevik takeover of Russia and the creation of the Soviet Union.

The 100th anniversary has spurred the creation of numerous commemorative projects. Some are lecture series, and others are retrospective articles, though the most interesting are of course from the Russian perspective. Two projects aim to give a day-by-day account of this momentous year: Project 1917, created by independent TV network Dozhd’s editor-in-chief, and #1917Live, from Russian government-funded broadcaster RT.

Whereas Project 1917 presents English- and Russian-language primary sources, #1917Live takes a more interactive approach. This endeavor involves dozens of Twitter accounts posing as organizations and individuals “live tweeting” from the February Revolution on through the October Revolution.

There is, however, something missing from this presentation of the Russian view of events: #1917Live has almost no Russian-language content.

Seeing the October Revolution through the eyes of contemporary Russian society is important. It is, after all, their history and their revolution. Plus, RT being financed as it is by the Russian government, the #1917Live project allows us to see just how the government is approaching this delicate yet momentous period in history.

In September, a crowd of about 100 people gathered at the Russian Embassy in Washington, D.C. to attend a film screening marking the October Revolution's centennial. If there is any one place to get the Russian government’s perspective on the events of 1917, this was it.

The film was the 1930s “Three Songs About Lenin,” an homage to Vladimir Lenin who headed the revolution. As the title suggests, the film is made up of three segments, each focusing on particular narratives about Lenin and the October Revolution’s impact on the Eurasian continent. By way of introduction, the embassy’s cultural attaché stressed the need to study and review events and cultural creations in the hopes of “avoiding the mistakes of the past.”

These words echo the sentiments of Russian citizens. In a Levada Center poll from earlier this year, 44% of respondents said that more has to be known about the events of 1917 so as to “not repeat the mistakes of the past.” The second largest group, 34% of respondents, said Russia has to move forward and not stir up the events of that year. Vladimir Putin, who when speaking about the October Revolution last year emphatically declared that Russia is a united country, has taken the middle road, stating:

Russian society is in need of an objective, honest, and deep analysis of these events…for reconciliation and the strengthening of social, political, and civil harmony.

So far, the Russian government has not deviated from this course. There are, however, some promising projects, such as the new state TV biographical miniseries on revolutionary figure Leon Trotsky, and of course, #1917Live.

The main lynchpin of #1917Live is the Russian Telegraph (RT) Twitter account, a fictional newspaper that retweets and engages with the milieu of socialist revolutionaries and Tsarist officials that make up the #1917Live universe.

The “canon” of this universe is already established, but that has not prevented RT from having some fun; for example, the Russian Telegraph account will rename itself Revolutionary Times when the October Revolution is carried out. There was even a live Q&A with Vladimir Lenin himself as he engaged with various people within the #1917Live community.

The #1917Live group of Twitter accounts is a thoroughly thought-out worldbuilding undertaking, boasting household names like Lenin and Stalin, lesser-known ones like Alexander Shlyapnikov (profiled here),  and down to the outright obscure, like a bakery owner and street-level Bolsheviks.

Users are even invited to create their own historical personages and join the ranks of this universe as the #1917Crowd.  Renowned Brazilian novelist Paulo Coelho has taken RT up on this invitation, personally writing the account of a double-agent dancer.

In its attempts at recreating this revolutionary period, RT even went so far as to make accounts of organizations that still exist, such as the New York Times. This eagerness to reproduce a turbulent world got RT, no stranger to trouble with foreign governments, into hot water, however, after it created an account for the British embassy, hoping to use it to tweet its reactions to Russia’s ever-evolving situation. The British government objected to the use of its official crest and perhaps misleading biography, and had the account suspended.

Nevertheless, RT’s creative zeal continued, and they did not limit themselves to Twitter. A series of promotional videos (in English and Russian) were created, which were recognized in a recent entertainment award competition.

An English-language retelling of a Russian revolution

The project’s website also contains a live chronicle of events, along with other media like video clips and a “Lenin Tracker.” On its homepage, it seems the Russian government’s ethos regarding the official treatment of the October Revolution has been internalized, as it states:

We will not pass judgement – instead, we look back at this great, albeit daunting page in the history of the former Russian empire.

Curious phrasing, which perhaps hints at the government’s true assessment: In 2014, Putin blamed the Bolsheviks for causing the disgraceful end of the First World War and for breaking up the Russian Empire.

Despite all these interactive and creative features, the lack of any Russian-language content is a bit jarring; there is no option for Russian visible on the #1917Live’s splash page. By selecting English and substituting “ru” for “en” in the address bar, we can get to the now-defunct Russian version. The month-by-month chronicle stops in April, just after the April Crisis of 1917.

Evidently, there were even plans for a Russian-language version of the #1917Live Twitter accounts.  When reached for comment, RT’s web editor Kirril Karnovich-Valua confirmed this, saying:

We did initially explore the options of running the #1917LIVE in 2 languages, but decided that, in order to engage truly international audience and social media community around this historical reenactment, it made more sense to run #1917LIVE as a single-language project, in English. And indeed, despite running just English-language content, the project has attracted followers and participants from dozens of countries, and has been written about by the media in 14 languages, including Russian. We also look forward to launching a new, Russian-language online portal for the project's multimedia content for the Revolution's centennial in November.

The centennial is almost upon us, and time will tell if the Russian-language project will be as well-produced as the English version of #1917Live. Nevertheless, we should be appreciative that the English-speaking world has had the opportunity to engage with an official Russian government project commemorating the October Revolution. The Russian people have yet to.