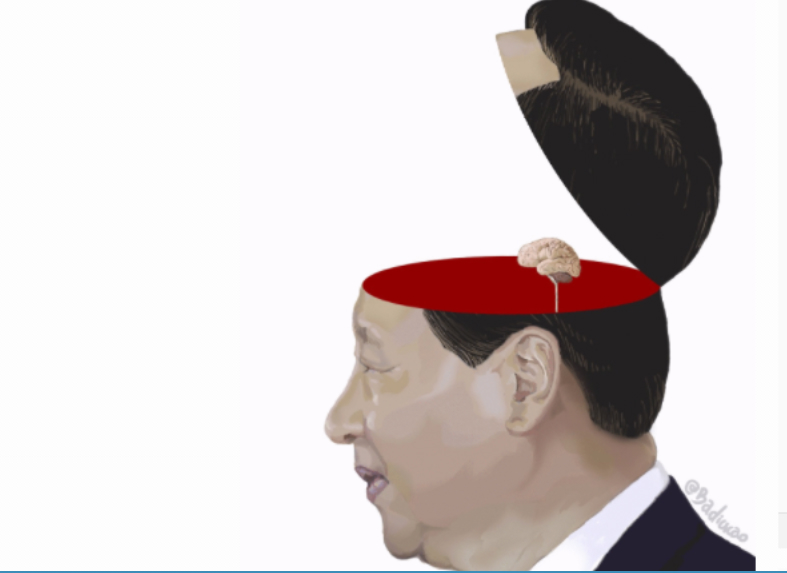 Ahead of the 19th National Chinese Communist Party Congress on October 18, Beijing has adopted several security measures in the city, such as restricting short-term apartment rentals and banning restaurants from using gas to cook, that are causing inconveniences for city residents.

Delegates at the Congress, which is held once every five years, elect the Chinese Communist Party's top leaders. The last Congress was in 2012, in which the Chinese President Xi Jinping established himself as China’s most powerful figure. It is widely expected that this Congress will see Xi further consolidate his power.

To make sure the Congress goes according to plan, all Beijing residents now have to follow extremely harsh security control measures. According to US government-funded broadcaster Voice of America, short-term apartment rental services are suspended between October 11 and October 31. Shops have been ordered to stop selling knives, cutters and scissors to customers, and quite a number of restaurants have also been told to stop cooking with gas in order prevent fires from accidentally breaking out during the Congress.

Sign board in image: To make sure that the 19th Congress goes smoothly, this restaurant has been banned from using gas from October 13 until October 25. We can only provide cold dishes and set lunches during this period. Please accept our apology for the inconvenience caused. 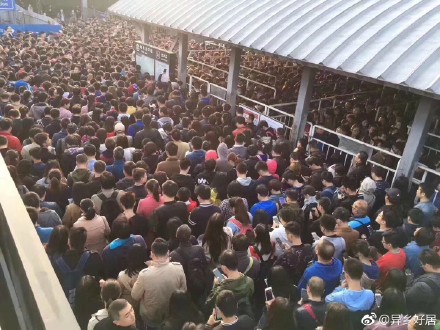 Additionally, beginning the week of October 16, Beijing along with other major cities including Guangzhou and Shanghai have set up security checkpoints on subway stations. One user on social media platform Weibo posted photos of the queues at various Beijing subway stations and said:

Today’s Beijing… on the road, so many cars and people. Go underground? It is impossible to enter [the station] because today all subway lines have adopted passenger and luggage security checks. Which means the security check in the subway is like the airport. Young people who have to travel to work will have a really hard time, they have to leave really early and remember, don’t bring useless stuff. Be self-disciplined for China to be rich and strong.

‘As Evil as the Gang of Four Was, They Never Asked Me to Close My Windows’

“Be self-disciplined” implies that people should not complain about the security measures. In fact, most of the posts about security controls on Chinese social media, where content that does not follow the official government line is routinely censored, are positive.

The viral story below is one of the very few exceptions. The story was firstly circulated on messaging app WeChat, then was screen-captured and reposted elsewhere with the title: “As Evil as the Gang of Four Was, They Never Asked Me to Close My Windows.” The Gang of Four refers to a group of Chinese Communist Party leaders who were convicted for treasonous crimes for their role in the Cultural Revolution, a movement from 1966 to 1976 that saw violent purges of those deemed ideologically impure.

In the afternoon of the day before yesterday, someone knocked at my door and I heard quite a number of people talking in the corridor. I thought it was the delivery men and opened the door without unlocking the security chain. I saw a number of rude guys and asked them what was the matter? One of them said: Check if your back window is properly closed. I answered: There is no storm or rain, why should I close my window? Moreover, whether I close my window or not is none of your concern. He said: Xijing Hotel is hosting a meeting, residents here have to close the windows facing the hotel. I answered: Xijing Hotel always has meetings, what does their meeting have to do with my windows? The police officer standing to the side said: Just close the windows for one hour. I answered: So after one hour you'll alert us and announce that we can open the windows again? This building belongs to [state press agency] Xinhua and the residents are retired Xinhua cadres who have lived here for 50 to 60 years. Since when do we have to shut our windows when you have meeting? The Gang of Four was anti-revolutionary, how evil they were. The Gang of Four always had their meetings in the Xijing Hotel, but they never asked us to close our windows. What are you doing here? The leader who stood at the back said to let it be and asked his team to leave.

Gao Yu, a veteran journalist in Beijing, also shared the screenshot of the above Wechat story along with more details about Beijing security controls on Twitter:

Beijing had a series of accidents during the one-week-long [national day] holiday. Fire broke out with human casualties. Ahead of the 19th Congress, police officers have to take up the responsibility of fire prevention. The city public security bureau has also given out the order to check on all the photocopying shops that provide services including printing, output and photocopying of posters and banners bigger than A3 size. They have to make sure that their machines were under proper registration [or else they could not operate]. The viral story attached below certainly has caused the police station some troubles.