Like the US, Trinidad & Tobago Won't Be at the 2018 World Cup, But They're the Only Ones Smiling About It 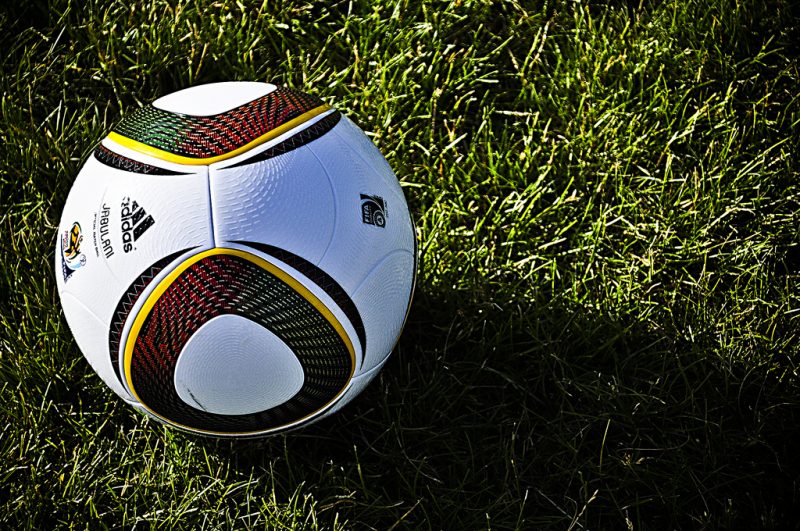 On the night of October 10, 2017, a sprinkling of football enthusiasts went to the Ato Boldon Stadium in central Trinidad to see a World Cup qualifier match between Trinidad and Tobago and the USA. The small Caribbean nation had absolutely no chance of going to Russia in 2018, but the United States did — if they managed a draw with Trinidad and Tobago's team.

One of the reasons football is the world's favourite sport is that, at its best, it's an unpredictable game. With just one goal, things can turn on a dime. So while the result of this particular match might have been dismissed as a foregone conclusion, what happened on the field was anything but. The match resulted in Trinidad and Tobago walking away with a 2-1 victory and the USA being driven off their #RoadToRussia.

Thanks to an unfortunate own goal by US defender Omar Gonzales, coupled with a brilliant strike from Trinidad and Tobago's Alvin Jones, the twin island republic secured all three points in the round, leaving the USA team — and fans — shell-shocked.

What came next was a right-footed screamer that arrowed into the far corner. It seemed to belong in an entirely different match and it certainly illuminated a contest that had, up to that point, been low-tempo and scrappy.

Howard’s eyes opened as wide as saucers, the Trinidad and Tobago bench was in uproar and, all over CONCACAF, word of Señor Jones (Alvin Jones) spread like wildfire; the United States were in trouble at 0-2 down.

A November to remember

With the USA down, the spirits of Trinbagonian supporters were up, mostly because of a date that will be forever burned into their memory: November 19, 1989. This is when Trinidad and Tobago's national team, then affectionately known as The Strike Squad, had the World Cup within their sights for the first time ever. Had they simply drawn with the US in that all-important match, the team would have been the first from an English-speaking Caribbean nation to qualify. Trinidad and Tobago lost that match 1-0 and the nation was devastated. Curiously, the 30,000+ spectators were later given the FIFA Fair Play Award for their good behaviour when faced with such disappointment and overcrowding, which was little consolation.

Nine years later, in France, Jamaica's Reggae Boyz would become the first to represent the English-speaking Caribbean on the World Cup stage. Even though Trinidad and Tobago's World Cup dreams eventually came true when the twin island nation qualified for Germany 2006, the memory of that 1989 qualifier against the USA is still a sore point.

In that context, it is understandable how October 10, 2017 might be interpreted as a comeuppance. Like Trinidad and Tobago back in 1989, the US only needed a draw to be assured a spot. Twenty-eight years later, it was their turn to feel the sting of defeat. It is the first time since 1986 that the US will not be participating in the World Cup.

Bring on the schadenfreude

The site TTWhistleBlower could not resist gloating, despite the Soca Warriors’ (as the national team is now called) underwhelming performance throughout the qualifying matches. It also noted the poetic justice of the goal that assured Trinidad and Tobago's victory:

For Trinidad and Tobago, it was a happy ending to an otherwise disappointing tournament where they ended last on the six-team table. The Warriors won just two matches out of 10. […]

It was 2-1 in the 36th minute when Alvin Jones smashed a swerving shot from the right flank past Howard. Alvin’s father Kelvin Jones was a member of the national team which failed to qualify in 1989.

Disgraced former FIFA vice president, Jack Warner, who hails from Trinidad and Tobago, was also quite happy to rub salt in the wound.

While some social media users were critical of all the rejoicing, Caroline Taylor tried to explain the enjoyment surrounding Trinidad and Tobago's victory:

[The] argument is that we didn't qualify so what's the big deal. […] Of course that's the larger context, and we're in far worse a state than the US team. I don't think amusement at us eliminating the US (and the reactions to it) and recognising the depressing state of our local football (and much else on the home front) are mutually exclusive. I came home to the news and laughed very, very hard because of the improbability of it, and the strange, unlikely poetic justice of 1989 v 2017. And I have no problem with people finding catharsis in it, however shortlived, and however dreary the rest of the circumstances. ‘Celebration’ mischaracterises it, I think. But there's no need to police other people's feelings, which is what many are going around social media doing, and often with a degree of condescension that actually reveals more about them than those they're trying to deflate.

Facebook user Kim Johnson still couldn't wrap his head around it, though, offering this perspective:

How come everybody talking about ‘revenge’ when 28 years ago TT gave away the match? The team stayed down South, and took an hours-long drive to the stadium in a small, hot maxi, stopping to pray and wave at crowds. The US team stayed at the Hilton. Our team arrived exhausted. The yanks didn't beat us, we beat ourselves. The revenge would be against the local people who set us up to lose.

A flood of criticism

To complicate matters, there was much ado made about the inadequate facilities of the stadium at which the match was played. The day before the game, the US team showed up for practice and found the field flooded:

TT greets USA footballers with flood at stadium and looks to drown them in World Cup clash. @Newsday_TT

However, the Trinidad and Tobago Football Association maintained that there was “a skewed approach to what is being reported”, and gave assurances that the field would be ready for the qualifier.

Although the contest meant everything to the visitors, it had been a low-key affair for local football fans. Or at least it was—until the United States Soccer Federation (USSF) and American journalists posted images of the waterlogged Ato Boldon Stadium surface on Monday morning.

It was a light-hearted ribbing really but it touched a raw nerves with the Trinidad and Tobago Football Association (TTFA) and Sport Company of Trinidad and Tobago (SPORTT)—both already repeatedly criticised for incompetent management—as well as with some supporters who were taken aback at the supposed impudence of their guests.

Suddenly, a football match that was little more than a chore and barely advertised locally had taken on increased significance.

‘If you want to see what is really embarrassing,’ one commenter remarked, ‘why not look at your own president!’

Indeed, quite a few social media comments about the final result referenced Donald Trump, including memes suggesting that he would exact revenge for the USA by denying visas to citizens of Trinidad and Tobago:

So is a big problem when USA cyah make it to the world cup but for everyone else is ok. Blame trump he blight allyuh ????

So it's a big problem when the USA can't make it to the World Cup, but for everyone else it's okay. Blame Trump, he jinxed all of you.

The state of play

Apart from its outstanding play by play, the Wired post neatly summed up the tone of the event:

The Soca Warriors’ own chance of advancing ended a month ago but the loud cheers and dancing in the stands suggested that the home crowd enthusiastically embraced what the Germans refer to as ‘schadenfraude’—or what Trinis might call ‘bad mind.’

‘America, we know we not going to Russia,’ a nuts vendor shouted to nobody in particular, during the first half, ‘but allyuh not going neither!’

The score was goalless at the time but how prophetic his words turned out to be. A combination of results were necessary to eliminate coach Bruce Arena’s outfit: not only did Warriors coach have to break a nine-match winless streak but Panama needed to defeat Costa Rica and Honduras needed a win against the group leaders, Mexico.

And on a remarkable night of CONCACAF football, all three happened.