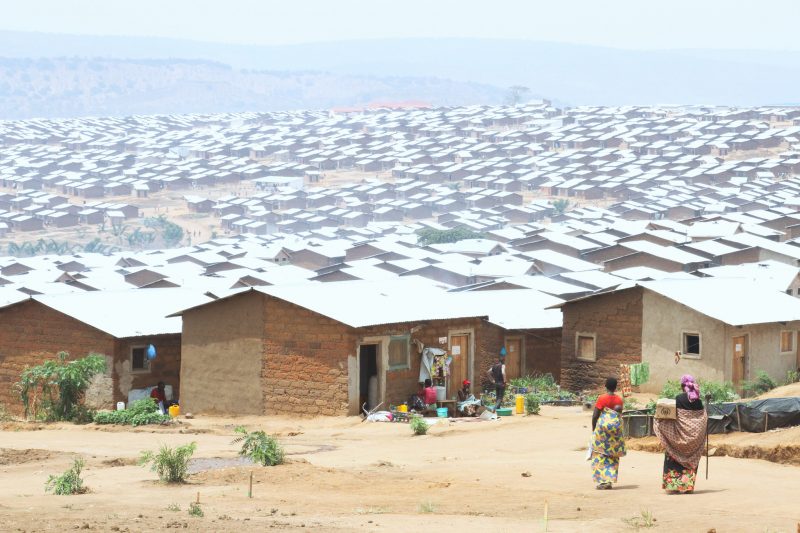 On 7 September a convoy of 301 refugees from Nduta camp in Tanzania drove back into Burundi, with more Burundians following days after. Overall, 12,000 are registered to voluntarily return this year. While not the first returnees, the number is large; and their journey back is organized by Burundi and Tanzania’s governments and the United Nations High Commissioner for Refugees (UNHCR).

However, the crisis, sparked by 2015 election turmoil, that led so many Burundians to flee is far from resolved. While some refugees, impatient with waiting to return, held sit-ins in Tanzania to demand the process be sped up, many others fear going back.

The UNHCR still has over 400,000 refugees registered, with 240,000 in Tanzania alone. The camps also often see new arrivals. Local journalist collective SOS Médias Burundi reported 180 new refugees arriving at Nduta on 15 September; three of them had just returned to Burundi, but came back.

The government has called on refugees to return, saying the country is now secure. Tanzania's president has similarly encouraged repatriation. Burundian officials claim UN figures are inaccurate, even manipulated, and that over 150,000 have returned. They have even accused UNHCR of preventing Burundians from coming back.

#Burundi “The figure of 400,000 Burundian refugees given by the UN Refugee Agency is fanciful”, Philippe Nzobonariba https://t.co/28mFxLJbUB

Whether here or there, life for Burundians remains difficult

Refugee camp life is difficult; resources and space are tight, and insecurity is a problem. In Nduta camp rations were substantially cut this year – reduced four times in six months. Refugees protested malnutrition, sparking some violence, and some even suspected it was meant to pressure them to return. The UNHCR called for more funding urgently, stating only 6% of the target met by September.

Marc Ntukamazina, who originally fled Burundi because of insecurity and whose house was burned down, has since returned. He told SOS Médias Burundi:

Life in Tanzania is not very easy. I hope today that I can have more peace than before

In Sud-Kivu, DRC, 39 Burundians and a soldier died in confrontations on 15 September with security forces – civilians protesting against returning to Burundi according to witnesses and UN, an attack according to officials.

Back in Burundi, the economic strife which many fled continues , largely caused by political insecurity, reportedly facing food insecurity, falling investment, high unemployment, electricity and recurrent fuel shortages, and controversial charges and “contributions”. Journalist Esdras Ndikumana, who left his country after being badly beaten in detention in 2015, tweeted:

The government and petrol suppliers assure that “there are no stock problems”. But in this case, how to explain the current petrol shortage?

Political insecurity endures. Various reports accuse the government of authoritarianism and systematic rights abuses, which it rejects. In August 2017, the International Refugee Rights Initiative, based on refugee interviews in Uganda, criticized violence against opponents. And in July, the International Federation for Human Rights recorded over 1,200 dead since 2015, and warned of creeping dictatorship restricting free expression.

The UN Commission of Inquiry’s (UNCOI) has called for a full International Criminal Court (ICC) investigation, a demand echoed by Burundian NGOs and opposition, but not the African Union. In 2016, though, Burundi unprecedentedly withdrew from ICC, effective 27 October, which complicates opening investigations.

A ‘climate of fear’ that follows refugees

UNCOI President Ouguergouz said there was a “climate of fear” even following refugees into exile, and not adequate conditions for returning. Political violence has become more clandestine but still systematic, with reported disappearances, torture, and arbitrary arrests.

Ministers vigorously reject this characterization, and the National Assembly vowed to investigate it, while Presidential Communications-Counsellor Willy Nyamitwe denounced it as a Western plot. Anti-UN protests were organized, although SOS Médias Burundi reported some were pressured to attend.

Burundi: A demonstration of pro-government women asks the government to take the members of the UN Commission of Inquiry to court

Hopes for dialogue between the fragmented “radical” opposition and the government, which has consolidated its control, to resolve divisions are strained. The regionally mediated dialogue has stalled, and mediator Benjamin Mkapa has criticized the participants’ engagement. Meanwhile, UN special envoy Michel Kafando faces the difficulties of Bujumbura’s tense relations with UN and EU, and international divisions on the issue.

The government has pushed ahead with controversial constitutional changes which would allow President Nkurunziza another term. It also called for public contributions to finance the 2020 elections and avoid dependence on donors, which withdrew shortly before 2015 elections due to political violence. Displays of support by Imbonerakure – the ruling party youth-wing, accused of violence and belonging to a presidentially controlled parallel security structure – seemingly strengthen the president’s position.

Many who originally fled opposed precisely this – extending the president’s tenure beyond the two-term limit, seen as moving away from post-war peacebuilding power-sharing arrangements and towards a one-party state.

These core problems of political and economic insecurity remain unresolved, leaving many refugees facing difficult choices over risks of returning to Burundi or remaining in camps.