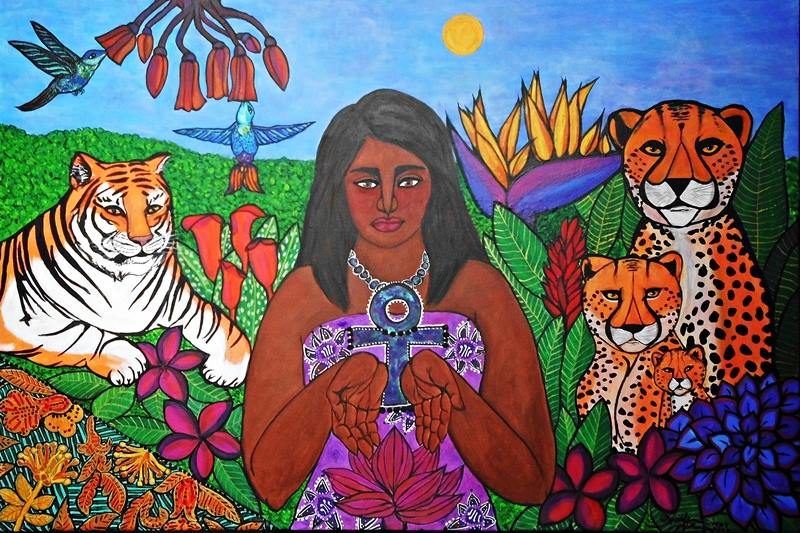 The Rapture – Acrylic and Oil Ink on Canvas – 24×36 inches. Copyright Jennifer Mourin 22 May 2017. Used with permission.

A new exhibit in Penang, Malaysia features the latest paintings of Jennifer Mourin, an artist known for actively promoting the protection of the environment through her art.

Mourin’s new series is themed “Mother GAIA” which she conceptualized after reading disturbing reports about the state of the environment. In Greek mythology, Gaia is known as the goddess of Earth.

In an interview with Global Voices Mourin explained the inspiration for her new paintings:

My “Mother Gaia” series imbibes the need to take stock of what we are sacrificing in the name of greed, selfishness, over-consumption and so-called economic growth. These new paintings assert the need to respect, protect and defend our planet and her progeny against abuse, exploitation, depletion and death. My personification of Mother Earth in the women I paint surrounded by the animals facing extinction stares people in the eye calling for people to change, for the killings to stop! 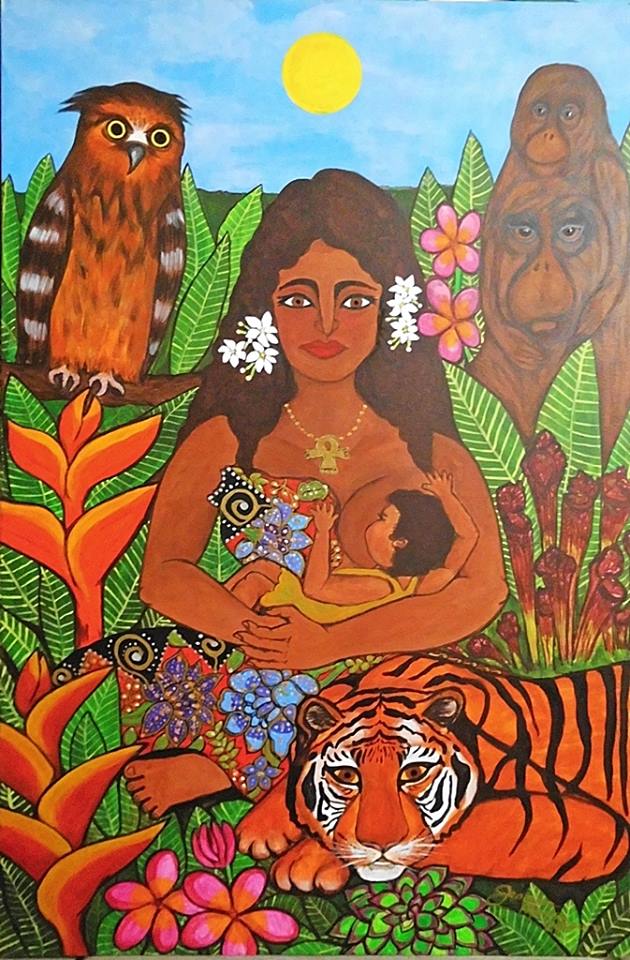 Mourin also identified some of the endangered animals in Malaysia which are featured in her paintings. She mentioned the Malayan Tiger (Harimau Malaya) which is used as a popular symbol in Malaysia, but could soon face extinction:

I find it so bitterly ironic that this majestic animal is used as a symbol on the Malaysian coat of arms, is the name of our national football team (Harimau Malaysia), is revered as part of Malaysian identity, but the real life animal is disappearing! The magnificent tiger is dying off because humans hunt, kill and trade in their skin, teeth, meat in some misguided belief that these will give people, especially men, power and sexual prowess– what sacrifice for such foolish vanity, arrogance and selfishness!

Similarly, I also feature the Hornbill. I fondly remember these beautiful birds from my childhood when my family lived in the state of Pahang, and they used to fly around freely close to my home. Malaysia is the home to 10 species of hornbills, and these need to be protected! 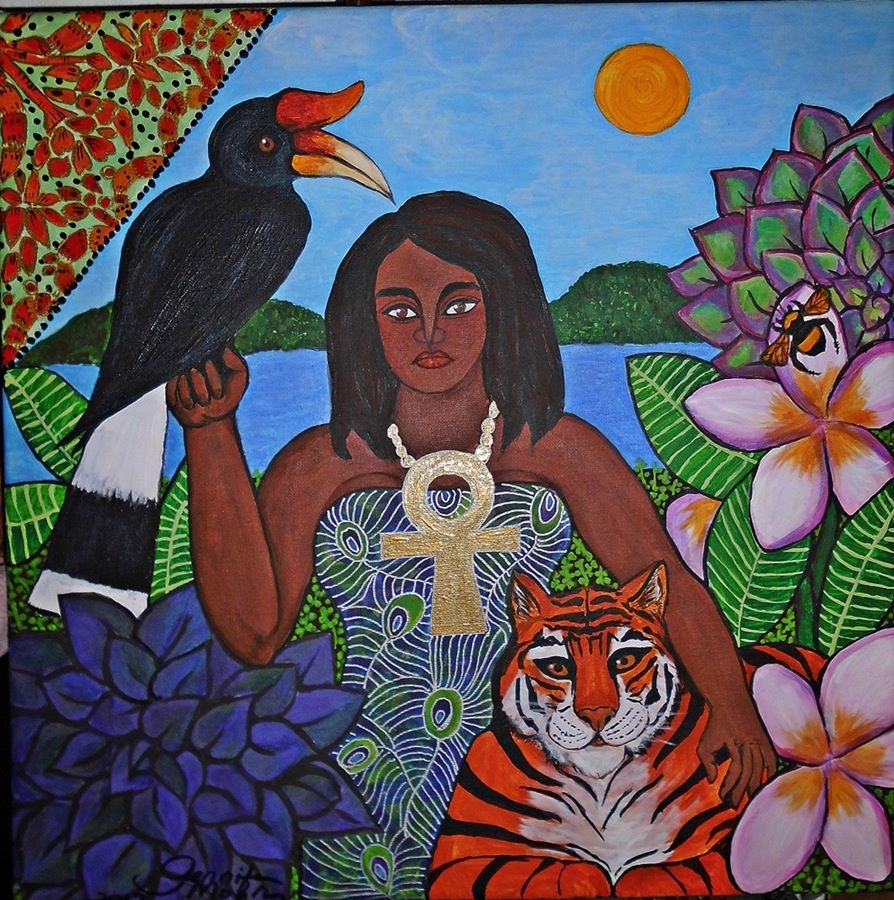 Memories of my mother’s Thai village in the eastern state of Kelantan have turned my love of the sarongs the strong women wore (including my mother, grandmother and villagers) into totems of my artistic identity. 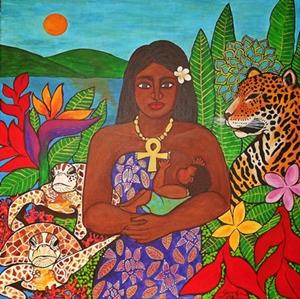 As an artist, Mourin is also known for advocating for women’s rights. This is evident in her new series:

Another recurring theme is women breastfeeding, as I am incredulous at how such a loving, nourishing and nurturing act as breastfeeding is often considered a controversial “obscene” act by society. Mothers deserve to be supported and loved. In the Mother GAIA series, breastfeeding is symbolic of how mother earth provides for us, feeds and sustains us.

And finally, Mourin appealed for urgent action to stop the destruction of the planet.

People need to remember how much Mother GAIA gives so all can live and be sustained! Is it any wonder that she will react against humankind's hubris, carelessness and selfishness? We are all in the same boat, and if humankind continues at the pace we are witnessing it will be at our own peril! 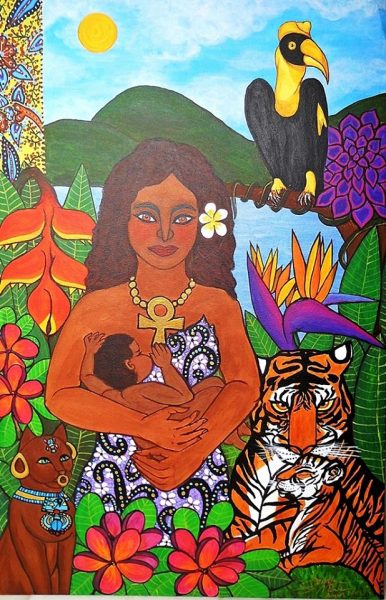 Mourin’s paintings are part of a mixed group exhibition at the Hin Bus Depot Art Centre in Penang, Malaysia.