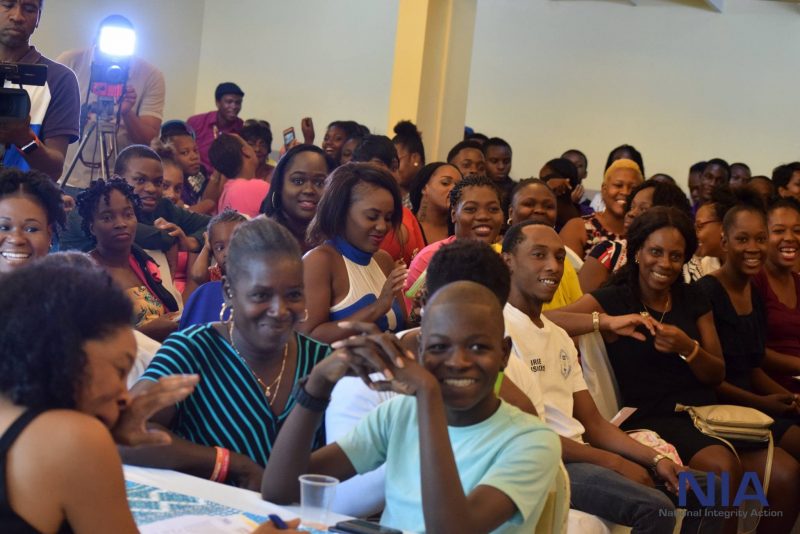 Graduates of the investigative journalism workshop, along with their family and supporters, enjoying the graduation ceremony. Photo by National Integrity Action, used with permission.

Investigative journalism in Jamaica — and across the Caribbean — has never truly thrived, for a number of reasons: a lack of resources is often a factor, besides a cautious and unsupportive media environment. But a recently completed training project, a collaboration between the USAID-funded COMET II community development programme, the anti-corruption lobby group National Integrity Action and the independent Global Reporters for the Caribbean, has aimed at tackling this deficit and empowering ordinary citizens to hold authorities accountable.

Global Voices talked to the programme's coordinator, journalist Kate Chappell; Chief of Party for COMET II, Ian McKnight; and Civil Society Coordinator for National Integrity Action, Omar Lewis, about the project, its successes and challenges, and the potential impact on Jamaican journalism.

Global Voices (GV): Congratulations to your graduates! What was the purpose of the training, and what did you hope to achieve? 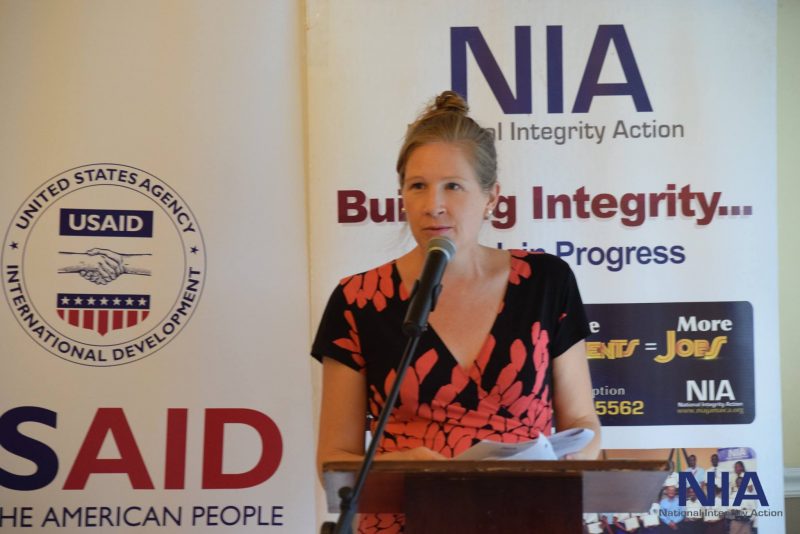 Kate Chappell (KC): We wanted to give them the basic skills — researching, interviewing, filling Access to Information requests, and writing news articles. We hoped they would all be able to continue to do the same work in their communities. In a larger sense, we wanted to give a voice to those who would otherwise have none.

Omar Lewis (OL): National Integrity Action (NIA) aims to improve the capacity of everyday citizens to play an active role in collecting, reporting, analysing and disseminating news and information — and being directly involved in governance matters by holding their elected representatives, service providers, and others in positions of influence and authority to account. NIA's mission is to build a social movement for change — an empowered and informed citizenry actively participating in Jamaica's system of governance. 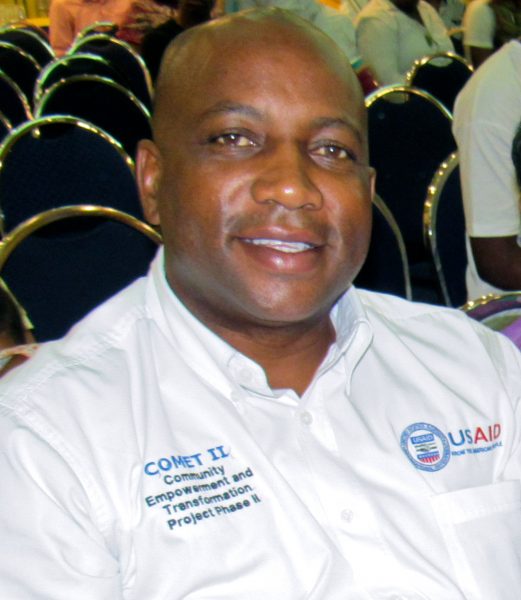 Ian McKnight: (IMK): USAID COMET II has a mandate to work at community level to ensure that ultimately, communities are safe and secure places for its members. Community journalists are seen as key to helping to preserve a culture of lawfulness. They will identify issues facing communities and propose strategies to solve them. They will utilise traditional and non-traditional means so to do. They must investigate what the behind-stories are. Who is to be held accountable?

GV: How is this a different approach to the average journalism workshop? 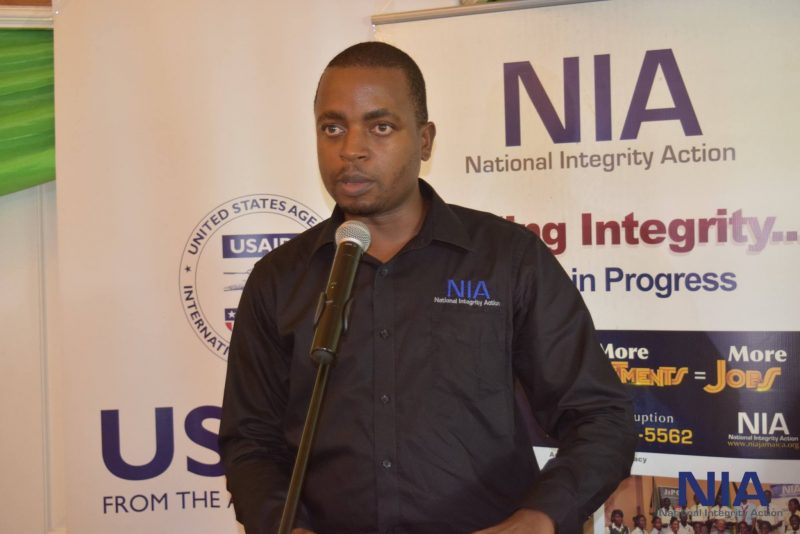 OL: These community residents had little or no formal media training. Participants who received the weekend of training in community investigative journalism were placed in groups with a mentor (a professional journalist), who helped them create actual investigative stories, based on selected activities within their own communities, in the three to four-month period following the training. We hope that with this kind of ‘on the job’ training, the trainees’ interest will be further piqued and they will continue the learning process. 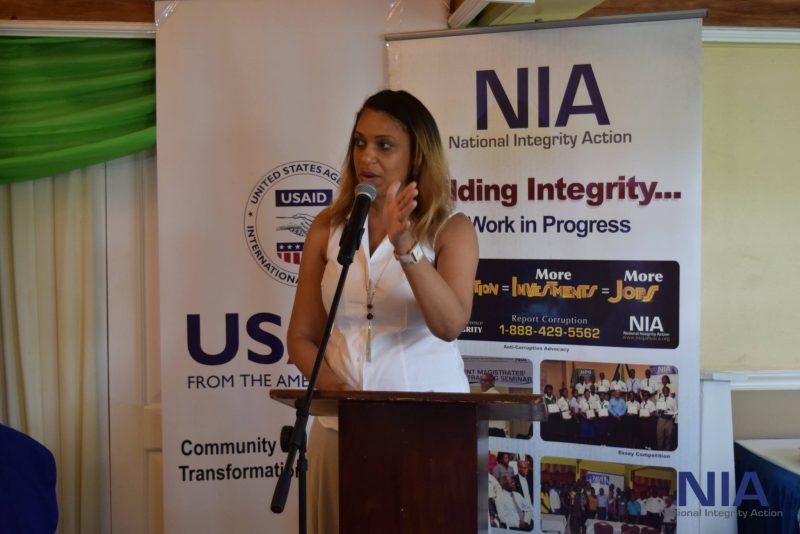 KC: We took a long-term view. We didn't want to just have a weekend of training and then it would not be put into practice. We had two full days of lectures and special presenters. The Major Organised Crime and Anti-Corruption Agency (MOCA) talked about corruption in local government. Independent journalist Zahra Burton (host of 18 Degrees North, former Bloomberg News reporter and founder of Global Reporters Caribbean) talked about ‘how to dig in’, determine sources and find information. Broadcast journalist Dennis Brooks talked about social media and journalism. Civil society activist Jeanette Calder talked about accountability. There was a session on climate change and disaster preparedness and training in television production and video production using your phone. Each group had a story they were to research, for which they had filed an Access to Information request. The mentors walked the group members every step of the way in assembling an investigative piece.

IMK: Our journalists do not belong to a commercial entity. They are not answerable to any group except to their community. They are not voices of the politicians. Ultimately, theirs is the task to transform community through their craft. This training built on the basic skills of journalism and was afforded ONLY to those who had previously done work and exhibited the aptitude.

GV: Can you give a profile of your trainees? Did they focus on both urban and rural issues?

KC: Twenty-seven completed the training. They ranged in age from early 20s to some in their 40s. They came from both urban and rural areas, as did the stories we researched.

OL: They were drawn from groups trained by NIA and COMET II in Social Auditing or as Integrity Ambassadors.

GV: What kind of issues did they cover?

KC: They produced ten reports on topics such as the impact of dredging Kingston Harbour on the environment and on local fishermen (the article was published in the Jamaica Observer newspaper); a lively radio discussion with political representatives and health officials on the poor state of roads in a rural community, which residents blamed for the death of a teenager from an asthma attack; the absence of promised Domestic Violence Coordinators at police stations and whether they have, in fact, received full training, based on the experiences of women who have reported to police stations (report to be aired on community radio station Roots FM); the problem of over-fishing in Montego Bay; and a noisy church that is in breach of regulations but is making residents’ lives a misery. One critical topic — the report will run in the Western Mirror — is on residents’ reluctance to report crime in the high-crime area around Montego Bay, the lack of trust and the fear. 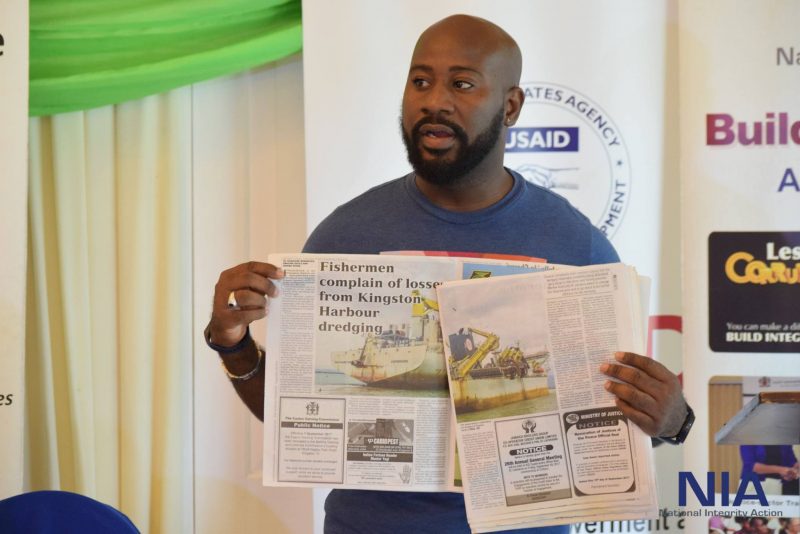 GV: How would you define investigative journalism and what it means in Jamaica today? Where would you like to see it heading?

KC: I'm sure there are formal definitions out there, but through this training, and in the Jamaican context, this is what I have come up with: Investigative journalism is both a tool and a skill set that enables citizens (both professional journalists and the untrained) to hold authorities to account. It enables people to look back at promises made and to see if they have been kept. It sheds light on those who do not use their positions of authority properly. Ideally, it can be a way of shaking out the corruption that accumulates among those in power.

I would like to see journalists in Jamaica empowered to do more investigative journalism. This means they need more resources and to be supported by the community. Political partisanship is often prohibitive to quality investigative journalism in this country, and that needs to stop. People need to realise that a healthy, free and fair press is essential to a well-functioning democracy, in which all citizens have equal representation. Investigative journalism is extremely expensive and time-consuming, so I would like to see a dedicated fund for such an endeavour, perhaps not initiated by the government, but by the private sector or citizens. 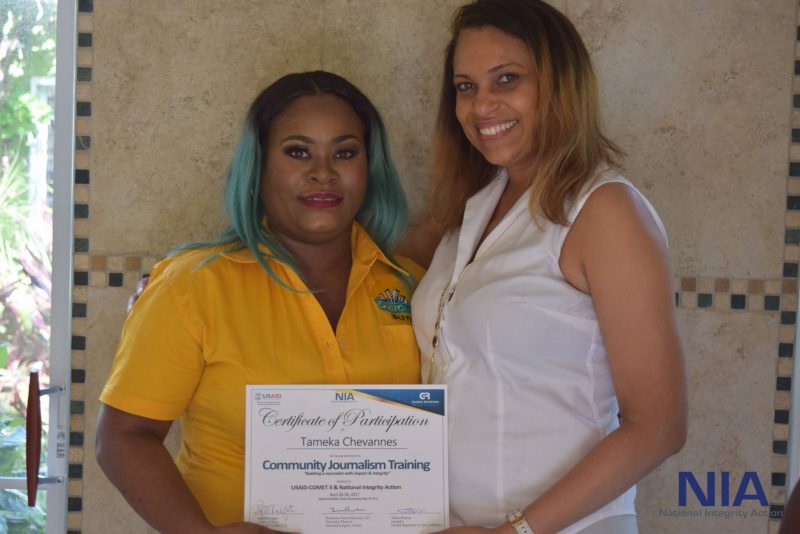 OL: In essence, I see investigative journalism as based on evidence-based research, whereby we would call the powerful to account and expose corruption, whereby we protect and preserve our democracy.

IMK: Journalists who are prepared to go beyond the surface, resist the temptation to just produce and present a piece JUST for the sensation of it. It will contribute to development. Today, we need persons like these who are not afraid to call out authorities and say who is responsible.

GV: What was one of the major challenges you faced with this project?

KC: Participants did not understand how much work this would be. They told us so, many times, and in plain language. This is an oversight on our part and it is also a function of the fact that we are used to the endless time it takes to produce an investigative journalistic piece. We took it for granted, so we did not relay it to participants. They were struggling to meet our demands as well as keep up with their lives — school, work, families, etc. We have learned this lesson for next time.

GV: Did you feel you succeeded in your goals, or is it too early to say?

OL: The training and post-training activities so far have been successful. However, we will not be able to consider the entire process a success until we see how the community journalists perform going forward. Will they continuously seek to use their new craft…or will they disappear into oblivion, failing to add to the voices of those demanding change in Jamaica?

KC: I feel we exceeded our goals. We produced nine high-quality pieces that met all our objectives (a tenth is in production): holding authorities to account, providing meaningful information and shedding light on an issue that would probably otherwise not receive any attention. We also empowered citizens to look at their communities in a new way, to feel that they can ask questions, get answers, and demand action. In at least one case, a story prompted a response from the Member of Parliament, who called me to ask to participate in the radio show and then called afterwards, promising to follow up and take action on a long-standing issue in the community.

IMK: To have had the majority of the pieces already published and broadcast is success on its own. Communities are already reaping some of the benefits. We will continue to train journalists in this specialist skill. We will support them to do their jobs well.