How People Hang Things Up to Dry In Japan 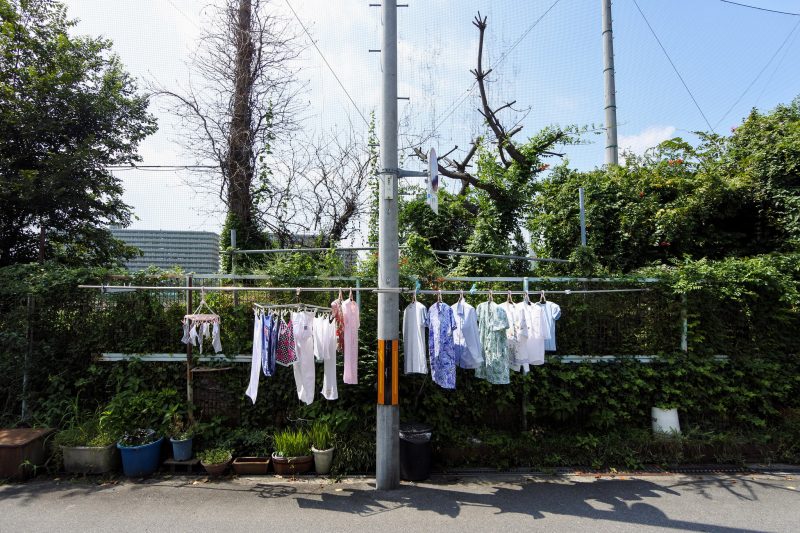 In a post that's been viewed 330,000 times, ppp_com, a member of Japanese blogging site Matomer Naver, has compiled a collection of tweets devoted to what Lifehacker Japan in 2012 identified as “the world's most boring chore” — doing the laundry.

According to the tweets ppp_com has tracked down, the worst thing for many Japanese people is not exactly doing the laundry itself, but the hanging it out to dry part. The tweets the Matome Naver blogger has collected describe the toil of hanging laundry, as well as some fun methods Japanese people have come up with to make the chore more enjoyable.

Man, I really hate hanging up laundry to dry. I don't mind cleaning, cooking or tidying up–I just hate doing the laundry. I really do.

The much-hated laundry chore is complete. ?? Why do I hate it so? Hanging laundry to dry. (>_<)

Some people have fun hanging clothes…

How I hang up clothes…

How I hang up by cycling bib shorts to dry.

…while others appear to be indifferent to the task.

The way Tatsuya hangs up clothes is really gross. There's no way I can put on the white T-shirt I was planning to wear tomorrow.

Some families seem to have their own special way of hanging up clothes:

This is how we hang up clothes at our house, lol.

What happens when you ask your resident ankle-biters to help with washing their shoes… The way they hung up the shoes is approaching a work of art, and has kept me laughing all morning. An early-morning offer to the birds? […]

Some people pay special attention to some items in the wash, while neglecting others.

[Note: the Twitter user seems to be a fan of AK48 ‘idol’ Ozeki Rika, and is not such a fan of the Orix Buffaloes baseball team, from Osaka in western Japan.]

One of the biggest challenges appears to be how to hang up soft toys to dry after a wash:

When it comes to washing [soft toys], I have no idea how to hang them up to dry, so this is what I did. Although doesn't it look like it's enjoying itself, lol?

How I hang up my polar bear to dry.

More tweets about laundry can be found here.