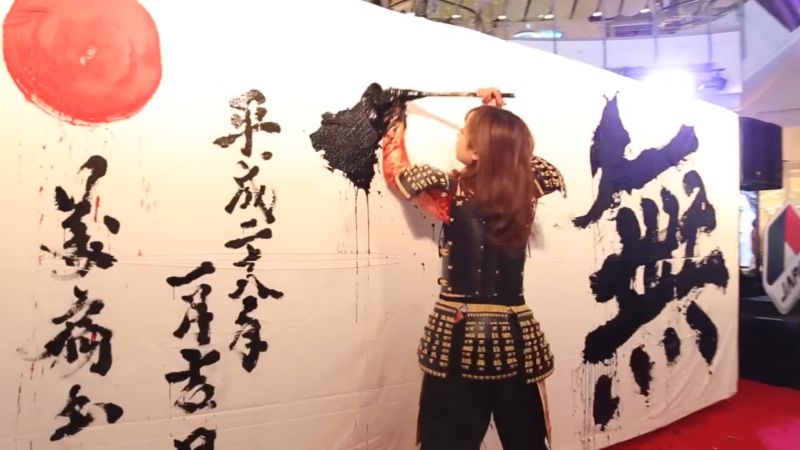 A recent viral tweet demonstrated how much Japanese popular culture values the art of writing and showcased an up-and-coming calligrapher who has garnered a host of fans because of her personality and penmanship.

In mid-September, Aoyagi Bisen posted a video to her Twitter account that showed how to write what is widely regarded to be one of the most obscure–and complex–Chinese characters: biang, used exclusively when writing “biangbiang noodles” in Mandarin.

From the perspective of anyone who is familiar with writing Chinese characters, known in Japanese as kanji, the character for biang is almost ridiculously complicated, taking 56 strokes to write.

Aoyagi's video has been shared on Twitter so far more than 149,000 times.

Here is the one Chinese character that is said to be the most complicated. It's used in China! ( ´ ▽ ` )ﾉ The character is read as “biang”, and is used when writing the name of the noodle dish known as biangbiang-men (^ ^)！

The character was written using an original Bisen brush and hanshiyo paper.

With just 52 tweets so far, 27-year-old Aoyagi is a relative newcomer to Twitter, so her “biang” tweet was truly a sudden viral sensation. Born in Osaka, Aoyagi says in her official bio that she started learning Japanese calligraphy from the age of four from her grandmother.

By the age of 17 she was licensed as a calligraphy instructor, and she has continued her study of the art ever since. Today Aoyagi works as a professional calligrapher, performing in exhibitions around the world, representing Japan, while selling her own brand of calligraphy supplies.

Here is a new profile picture of me.

From time to time, she also provides tips and lessons on how to perfect Japanese calligraphy.

And other times, Aoyagi provides virtuoso performances that more resemble abstract art. In this tweet, Aoyagi challenges herself to write a 108-stroke abstract form made up of different kanji elements.

To help shoo away some “earthly desires”, here's a time challenge. Wouldn't it be awesome if I could write this in one go in a minute or less?