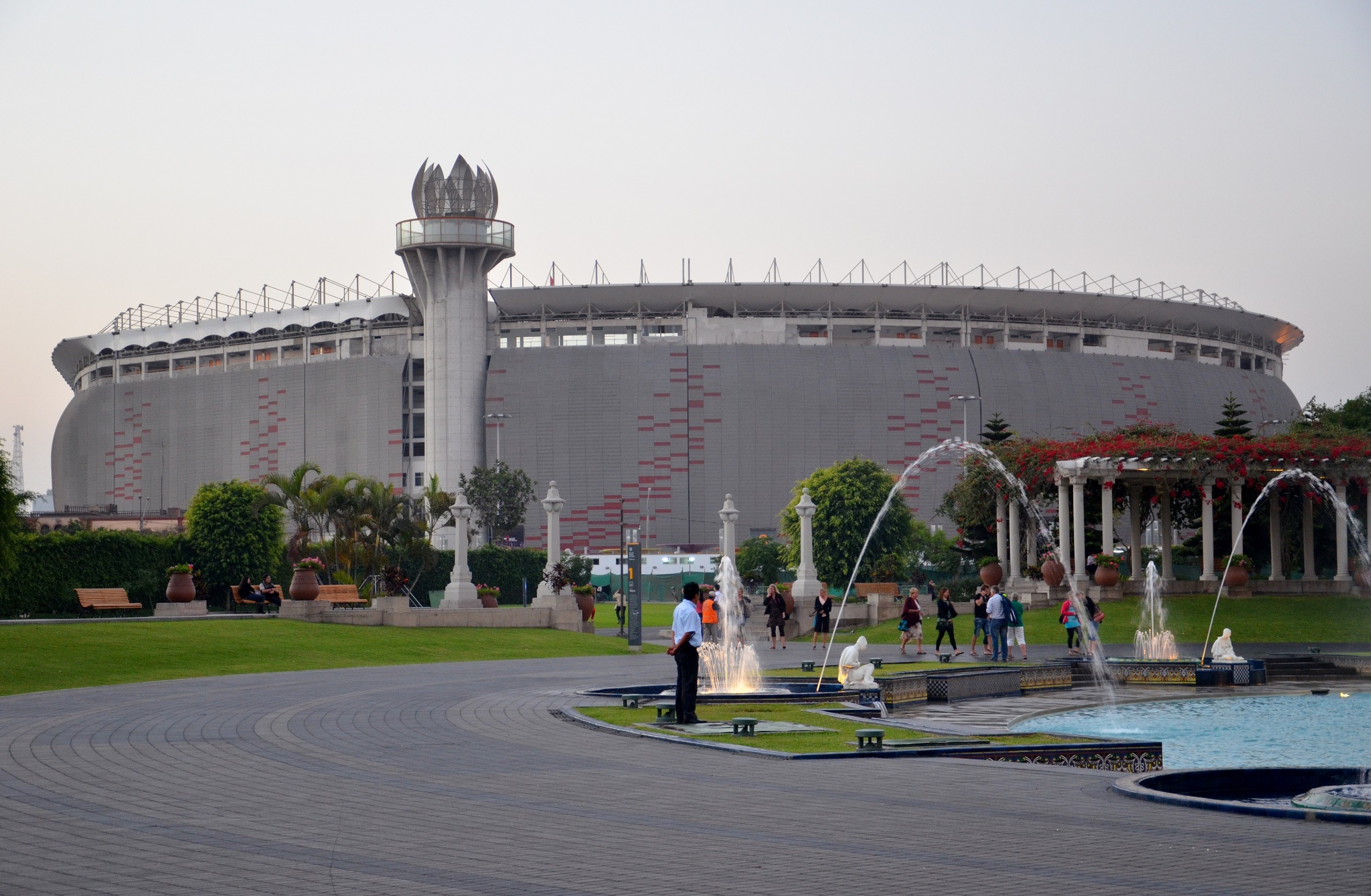 National Stadium in Lima, Peru, where the match between Peru and Colombia's national teams will take place on October 11. Image on Flickr by user Christian Córdova (CC BY 2.0).

Lately, “We depend on us” is the most heard phrase all over Peruvian media, whether sports-related or not. After 35 years of watching World Cups from afar, the Peruvian national team has a real chance to qualify for the 2018 Football World Cup in Russia.

However, as the excitement over Peru's chances sweep the nation, a incident occurred when fans complained that tickets for a 10 October qualifying match between Peru and Colombia — to be sold at a BBVA bank branch — were bought by bank employees before they were available to the public.

In spite of Peru's long absence from the World Cup competitions, and although whole generations have never cheered for the white-and-red beloved T-shirt on a football World Cup pitch, Peru is considered a football-loving country. Some say it's the most football-loving country in Latin America. Others note that Peru doesn't really play football, instead they just kick around a ball. In other words, people don't play soccer, but they play “julbo”. The word “julbo” comes from the deformation of the football, and, in jest, it can be seen as a illness that attacks the quality of the sport.

Although Peru has had great success in other sport disciplines, football remains lord and master over all other sports in the country and many believe that Peru can beat the odds and make it to the coveted competition:

Ranked in fourth position [among South American national teams] with 24 points and with two matches left for this qualifying round to end, the Peruvian national team has great chances to be part of Russia 2018 […].
Our chances are higher, especially in the next two matches, because we'll visit a defeated Argentina and we'll close this stage confronting Colombia, that by then, might already be qualified and playing without any pressures.

Just days ahead of the match between Peru and Colombia, set to be played in Lima on October 10, a local bank offered to sell tickets in advance through several ATMs in Lima and other cities. The option, valid only for account holders of that bank, was only available from 9:00 to 10:00 am on 25 September and 26 September.

Some football fans even slept outside the designated bank branches, just to be among the first to purchase their tickets. However, there was a mix of excitement from those fans who managed to buy their tickets, and outrage from some other fans who, after long hours spent waiting, noticed several clerks were purchasing tickets before opening the bank doors.

What was the problem at BBVA for ticket purchasing?
The bank launched a campaign for an anticipated sale of tickets for the Peru-Colombia match (October 10) through their ATMs to strengthen Peruvian football image, but they didn't foresee their clerks would take advantage of their positions and would buy tickets before hundreds of fans who slept outside the bank just to buy a ticket on time.
——–
?http://www.preguntall.com ?

What was the problem with the bank for the ticket sale?

As it happens to be, BBVA launched a campaign…

While BBVA Continental bank apologizes to unfortunate fooball fans, employees must return the tickets they bought for Perú v Colombia match.
————-
It's terrible that bank employees were the first ones, when actually the fans were in line to buy two tickets

Hey, young man, what do you do for a living?
Just days ago, I used to be a clerk at BBVA. Now, I'm my own boss.
——-
#PeruVsColombia | Indecopi would fine BBVA with S/1.8 million [USD551,000] for employees purchasing tickets.

The National Institute for the Protection of Competition and Protection of Copyright, Indecopi, is a state institution in charge of several tasks, among them, customer protection.

As a consequence, the bank announced that the reported four employees involved with keeping the bank closed to purchase tickets, would be removed from their positions:

BBVA will fire employees who unlawfully purchased tickets before the clients, during anticipated ticket sale for the football match confronting Peru and Colombia.

According to that same news piece, the unlawfully purchased tickets will be donated to a child foster care institution so “children living in vulnerable situations have the chance to cheer for the Peruvian national team”:

BBVA acknowledged that 1% of the tickets were unlawfully purchased by these bad clerks and will be punished. Tickets will have an innovative use.
———–
Perú vs. Colombia: BBVA takes tickets from “clever” employees and will give them to disadvantaged children.