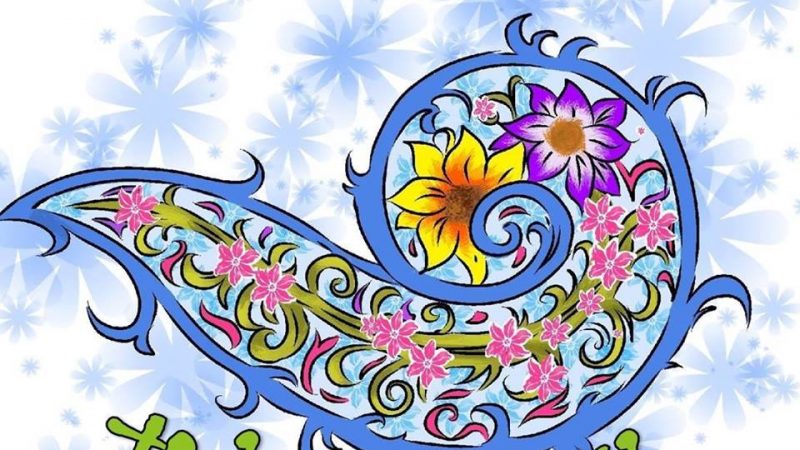 Logo of the Ik ‘ta K'op Collective. Image from the “Gallery” section of the Collective webpage, used with permission.

Almost a year ago, Mariano Gómez, Antonio Sántiz and Neyder Domínguez from the Mexican state of Chiapas—who were then students at different Normal State Schools (which train graduates to become teachers, emphasizing self-discipline, self-management, and a democratic way of living)—decided to set up the “Ik ‘ta K'op Collective“. This is a project which aims to help the indigenous peoples in remote parts of Chiapas have access to and use information technologies to support their communication and participation needs.

As they explain in their blog, the name they chose for the collective is in the Tseltal language (one of the most widely spoken indigenous languages in Chiapas) and entails a deep symbolism for its founders:

‘Ik’ means wind; ‘ta k'op’ means to speak; but, at the same time, ‘k'op’ means word. Thus, the name could be translated as ‘word to the wind’ or the talk that is taken by the wind, or ‘networks’.

The work of the collective focuses on three distinct aspects:

In her article “Internet en la Selva” (“Internet in the Jungle”), the social chronicler and anthropologist María Álvarez Malvido already pointed out that Abasolo is one of the many rural communities that have been ignored by large telecommunications companies in Mexico, because these communities do not bring big profits to their business.

However, the small project of these three young indigenous educators has been expanding, and it currently has several internet access points, or “nodes”, in different parts of the region. 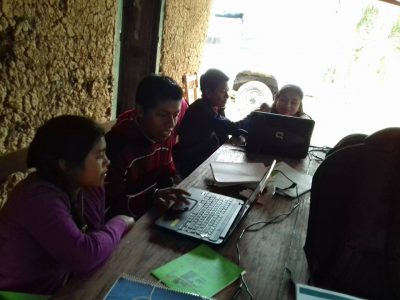 Young people using the community intranet in Abasolo, Chiapas. Photograph from the “Gallery” section of the Collective webpage, used with permission.

The creation of the Ya J'noptik community intranet aims to function as a technological platform that, according to the project webpage, provides “information and educational material to promote the cultural rescue and the use of information technologies, while respecting the indigenous community of Abasolo in the municipality of Ocosingo, Chiapas.”

This community intranet service has its origin in an educational platform called IntraBACH, which was created by Professor Luis Ramón Alvarado for accessible and modifiable academic content, by and for the school community of the College of Bachilleres de Abasolo, Chiapas.

The Ya J'noptik Community Intranet project represents an original and innovative technological initiative for strengthening the culture and education of a community that, like many others in our country, has few telecommunication services, an educational gap, and is marked by the imposition of foreign cultural models. 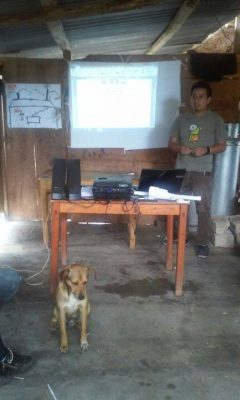 Module 1 Broadcasting workshop for the volunteers of the COBACH 105 Abasolo Plantel. Image from the Facebook page of the Collective, used with permission. Photo album: Building Community Radio.

Precisely because of his work and relevant role in the creation of a wireless network that provides connectivity and access to information to at least 600 people in the indigenous town of Abasolo, Chiapas, a member of the collective, Mariano Gómez, was recognized by the Internet Society (ISOC) organization as one of 25 young people under the age of 25 who are using the internet to make a difference in their communities.

Unfortunately, Mariano was not able to attend the awards ceremony that took place on September 18, 2017 in Los Angeles, California, as the US embassy in Mexico rejected his application for a tourist visa.

In a message addressed to the Internet Society, Mariano points out that the reasons given for this refusal were the impossibility of locating the address of his house (because, in the indigenous community in which he resides, the streets do not have identifiable names). Another reason was that he did not have bank accounts with sufficient financial resources; and finally, the fact that the region he is from is considered one of the most trafficked routes by illegal migrants to the United States.

In his letter, Mariano states the following:

I write this letter to tell my story because it is an example of the reality of thousands of indigenous and non-indigenous brothers who go through the same situation. It is the reflection of a society with stereotypes, for which being part of an indigenous people is considered as being inferior, for which not having a bank account and big financial resources is synonymous with having nothing. Racism is clearly visible in a society classified by skin color, language, religion and economic status to serve as a model for the world. Even more so in these times when they want to divide us with walls.

The letter concludes by highlighting the important role of the internet for the freedom of expression and communication, especially for indigenous peoples, as well as to promote and preserve their culture, history and self-determination. Mariano ends his letter by inviting the Internet Society to donate to the collective the funds planned for his trip, in order to improve their services and continue to positively impact the development of their community. Mariano specifies that:

Actually, this achievement is not only mine but of a great family of brothers from our collective and from the communities that use this service and all the organizations that have entrusted and supported our initiative.