Despite Trump's Travel Ban, Chad Plays a Central Role in the Geopolitics of the Sahel Region 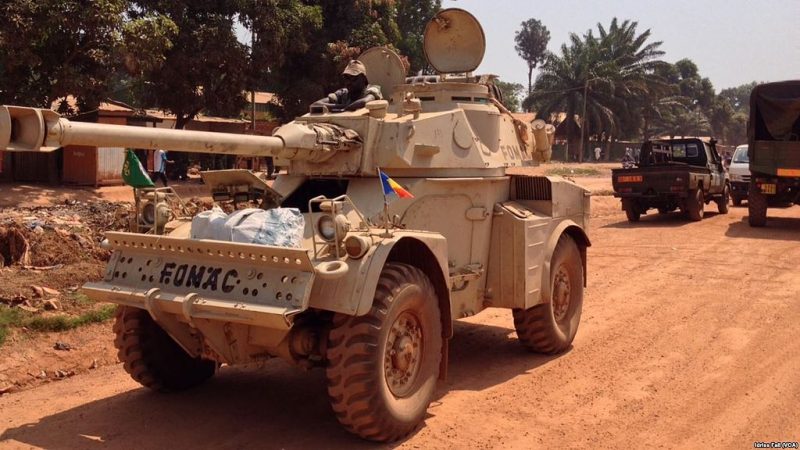 Recently the Central African country of Chad has been mentioned in mainstream media because of Donald Trump's ban on Chadians traveling to the US. Although the country has a dubious election history, the ban is seen as nonsensical due to Chad's role as a stabilizing force in the sub-Saharan region. In fact, on 8 September 2017, Chadian President Idriss Déby visited Paris to sign an agreement with the European Union which will send Chad 8.3 billion euros in funding from 2017 to 2021. The plan aims to help the country recover from a severe economic crisis. Some see this move as a reflection of the strategic importance of Chad in its involvement in the fight against terrorism. However, despite this monetary show of support, domestic political pressures are threatening Chad from within and could affect its role as a stabilizing force in the region.

Idriss Déby came to power in 1990 after toppling then-Chadian president Hissène Habré with the help of the French secret service. In April 2016, Déby gained a fifth term in elections and has since managed to tighten his power further, despite numerous attempts to overthrow him. He has since succeeded in positioning Chad as an unavoidable partner for international security on the continent. During his recent trip to Paris, Déby was congratulated by French Prime Minister Edouard Philipe and French President Emmanuel Macron for his work against terrorist groups in the area.

During a recent speech in Paris, Macron pointed to the fight against terrorism as a main priority for his administration. As a result, the financial aid offered to Chad is seen as a means of maintaining the stability of this strong partner in the region. Chad's importance to Western countries can be seen in its geographic location and the history of its involvement in campaigns directed at stabilizing the area.

Chad's stabilizing role in the region

Chad is located at the crossroads of Northern Africa. Chad's neighbors, specifically Nigeria, South Sudan, and Libya, are three countries where the extremist threat is present, most notably with Boko Haram in Nigeria. Due to its geographic position, Chad is seen as strategic for French and western countries’ interests in the fight against terrorism.

It is also one of the rare African states that has a history of being a sheriff in the region. Daniel Eizenga, a Chadian political science researcher, explains:

The Chadian government then held several negotiations with the rebel groups and the Sudanese government which had been providing a safe haven for the rebel groups. After the negotiations, and following an agreement between Chad and Sudan, the national military integrated most rebel forces. This provided a degree of stability even if some rebel groups continue to contest Déby’s authority.

The election of Emmanuel Macron will most likely reinforce the ties between both countries, given the focus of the fight against extremist groups, Boko Haram and AQIM. The International Crisis Group explains the situation:

Boko Haram’s presence in Chad has been most strongly felt around Lake Chad, which lies primarily within Chadian territory. The area combines rich agriculture, pastoralism and fishing and is a magnet for migrants from all over the Sahel, leading to tensions over control of resources. Boko Haram has taken advantage of the geography of the lake seeking refuge on its many islands. To counter the ongoing threat while responding to the immediate and longer-term needs of the population, Chadian authorities need to build on the relatively successful regional security cooperation, start to move away from their highly militarised response to include a more significant civilian component

Idriss Déby deployed its soldiers on multiple fronts, in the Central African Republic, in Mali and more recently in the Lake Chad basin to fight Boko Haram, pursuing a strategy of military diplomacy to lead the fight against terrorism in the region. Military spending has also helped Chad to expand its involvement outside of African borders, as they back the Saudi Arabia-led coalition to fight Houthis combatants in Yemen.

Chad is also an important partner in the current migration crisis, as many refugees are trying to reach Libya by crossing the Chadian border. Over the last five years, many Sudanese people have also found refuge in the country. A more recent sign of Chad's growing political influence was the election of Moussa Faki Mahamat, former Chadian foreign minister, as the head of the Union African Commission.

As a result of its involvement in these projects, Chad's overall military spending skyrocketed in the past 13 years, going from $67 million in 2005 to $247 million in 2006. Military expenditures even reached an all-time high in 2009, accounting for $670 million spent. Its armed forces have now turned into one of the best equipped on the continent. Chad's involvement in the war against terrorist groups in Mali, for example, made it necessary to buy more modern weapons. Between 2006 and 2014, the regime purchased 139 aircrafts and 153 armed vehicles.

Lat September, in an attempt to gain more influence and help from other countries, Idriss Déby threatened to not participate in the G5 Sahel coalition and to withdraw a part of the foreign troops implemented in his country if Chad was not given strong financial support.

Nothing is less certain. Although the country looks strong, thanks to its solid military power and stable political institutions, the country is starting to face heavy blows from domestic opposition. The government currently faces some criticism concerning human rights and democratic issues and is dealing with a strong economic crisis, illustrated by a decline in Chadians daily quality of life. Oil prices have also plummeted, causing losses in export revenues for the country. The crisis has also exacerbated by Boko Haram attacks which have hindered trade with Nigeria and Cameroon, dropping the price of oil — something particularly damaging given the economy’s strong dependence on its oil revenue. Drastic budget cuts have been introduced since oil prices started to plummet, affecting many public services like the police force, student scholarships, and pensions. It has also triggered protests from concerned citizens.

The government reacted to these protests with a clampdown on public dissent. Over the last few months, there have been reports of harassment, arbitrary arrests and ill-treatment. At the same time, an increase in the torture of journalists, activists, and political opponents has been alarming.  The only television station, Tele-Tchad, is state-owned and its coverage favors the government.

External threats are also on the rise. The violence caused by Boko Haram brought about in early 2016 has caused the displacement of more than 100,000 people and the arrival of around 7000 refugees in the country. Many terrorist attacks have occurred in N’Djamena and around Lake Chad where the geographic proximity with Boko Haram is unsettling. The country also faces considerable pressures from other external threats, such as war in Central African Republic and a wave of refugees from its neighboring countries — i.e. Sudan.

In the face of these challenges, Chadian authorities must avoid the politics of religious or geographic exclusion. Boko Haram is not the only threat to political stability in Chad. Another is a national political crisis which is the perfect fertile ground for all sorts of violent actors, including jihadists. To avoid this, the Chadian state must open political space and build sustainable institutions. It starts with the tenure of new parliamentary elections, recently postponed by Idriss Déby under the pretext of an insufficient budget. On the fringe of the Chadian president's visit to Paris French foreign minister,  Jean Yves le Drian, urged the country to hold new parliamentary elections, reminding that French support was conditional on the presence of a democratic regime, raising the prospect of a decline in France and European support if Idriss Déby decides to ignore current criticisms.