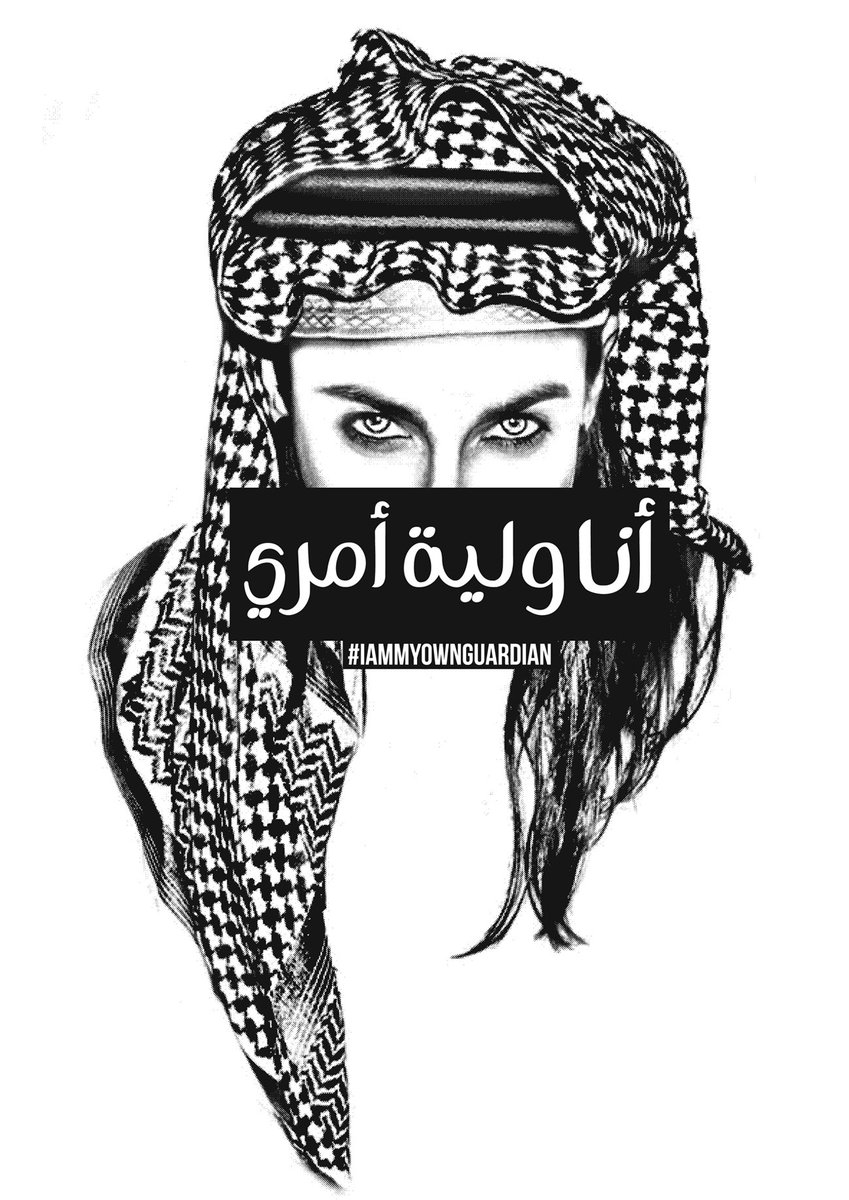 Artwork in support of the “I Am My Own Guardian” campaign. Credit: Artist @MsSaffaa

On 26 September, Saudi Arabia’s King Salman issued an order to the minister of the interior to begin issuing driver's licenses to women, finally allowing women to drive in the kingdom. The actual implementation of the long-awaited decision will not commence until 24 June 2018, with a ministerial committee to be formed within 30 days of the royal order to draw up recommendations.

The move was preceded by many years of campaigning and struggle led by the Women's Driving Campaign, which dates back to 6 November 1990, when 47 women demonstrating in the streets of the capital city Riyadh drove their cars in protest of the ban. The 13 cars they were driving were stopped by police forces sent to confront the protest.

This was followed by many similar campaigns in recent years, led by Saudi women driving their cars to challenge the ban. Saudi authorities responded by arresting several activists, as was the case when, on 1 December 2014, Maysaa Al-Amodi and Lujain Al-Hathlol were taken into custody after driving their own cars.

Although the royal order will not be implemented for another 10 months, there are serious concerns that this new ministerial committee may start its work by adopting recommendations issued earlier by the Saudi Shura Council, a consultative body with limited powers that includes proposing laws and advising the government in the absolute monarchy. Some of these recommendations are that the female driver's age should not be less than 30 years, that the driver's guardian must agree she may drive the car, and that she may only be allowed to drive within the city and from 7 am to 8 pm from Saturday to Wednesday, and from 12 pm to 8 pm on Thursdays and Fridays.

Despite recent decisions to allow women to drive and to enter King Fahd Stadium in Riyadh for the first time during national celebrations to mark the 87th anniversary of the kingdom's founding, reform in Saudi Arabia is still hampered by discriminatory restrictions against women and the targeting of those who speak out for reform.

In fact, Saudi Arabia's discriminatory male guardianship system is still in place. Under this system, women require the consent or presence of a male relative guardian to travel outside the country, apply for passport, get married or to even rent their own places. Many human rights defenders and activists, including Essam Koshak and Mariam Al-Otaibi, have been arrested for participating in the campaign #IAmMyOwnGuardian, which calls for an end to the male guardianship system.

In recent weeks, Saudi authorities launched a wave of arrests targeting writers, academics, online activists, and clerics. The arrests took the form of raids on houses where electronic equipment was confiscated. Among those recently detained are academic Abdullah Al-Malki, known for his support for human rights, and Essam Al-Zamel, known for writing about the need for economic reform in the kingdom.